Acquisition finance set to grow in Italy in this year, DLA Piper says 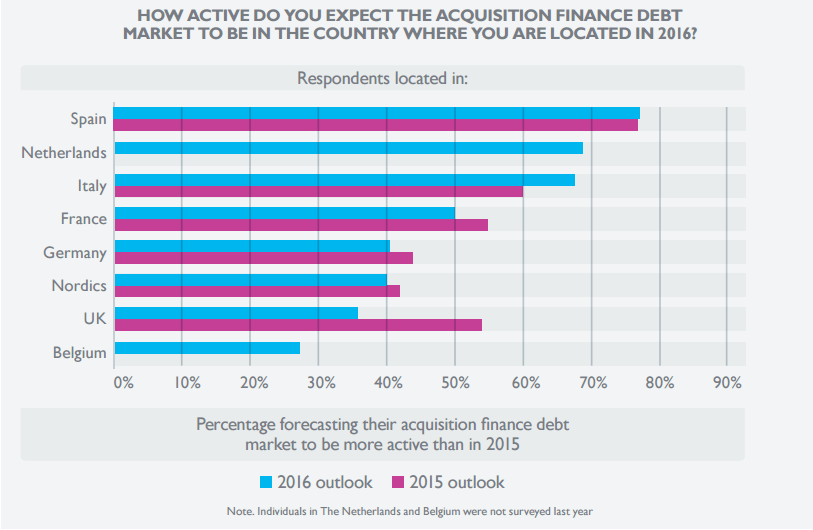 The interviews had been conducted on a sample of 300 top manager working for banks, investment funds and investment veichles in loans and credit and corporates active in Europe.

As for Italy 68% of the top managers working in the country expect that year 2016 will be more active than 2015 for the acquisition finance sector. This is a higher percentage than the one reached in 2015 (60%) even if it is slightly lower than the percentage reached this year by the Netherlands (69%) while the most positive view about this market comes from Spain (77%). On the contrary in France, Germany and United Kingdom managers are less positive than an year ago about the market.

“Growth in acquisition finance activity in Italy is  expected thanks to a set of new laws and rules that have been introduced in the Italian legislative framework in the last few years allowing coporates to find alternatives to bank lending”,  Mario D’Ovidio, a partner at DLA Piper in Milan, adding that “a great help to the sector will come from a Decree passed last month outlining for the first time in italy the ability of Italian alternative investment funds (AIFs) and EU AIFs  to engage in direct lending  to companies (see here a previous post by BeBeez, ndr)”.

So as an example, Mr. D’Ovidio added, “it is reasonable to expect a higher recourse to unitranche financements. That is a financial instrument which has been introduced in the US and has been wellcomed in Uk, France and Germany in the last four years. Unitranche financing is interesting as it provides a unique credit line with a unique security package while allowing lenders to rank in a differenzt seniority. Moreover the structure a unitrunche deal is by far less expensive than the structure of a securitization deal or a fronting with a local bank”.