French private equity funds investements up by 39% in H1 2014 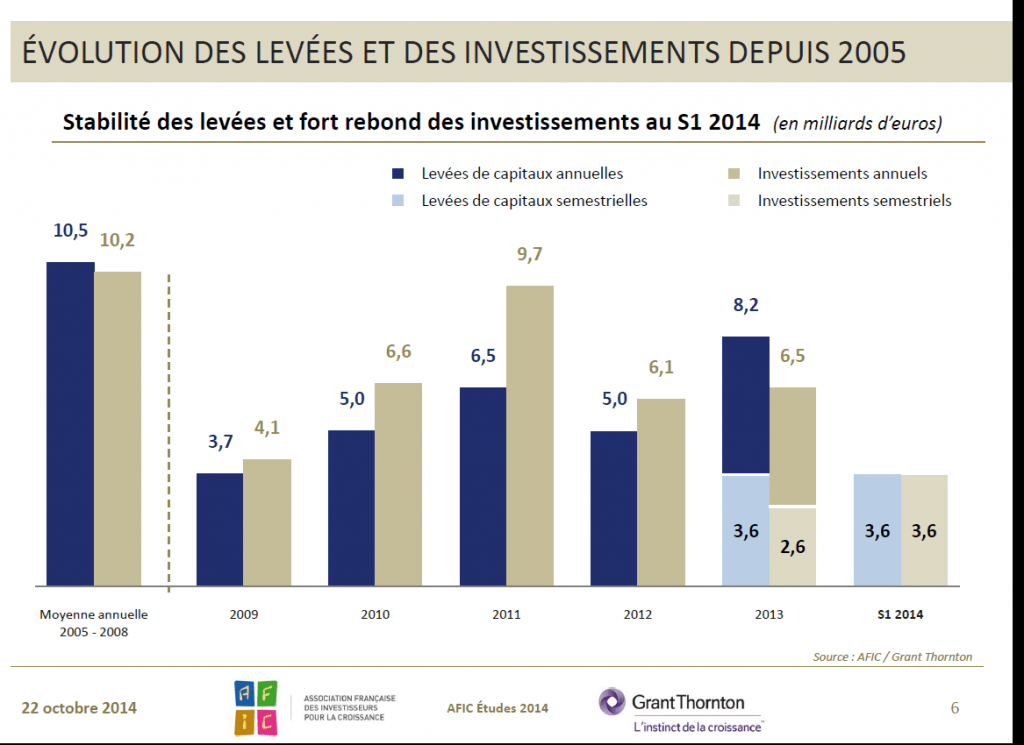 AFIC monitors all investments made by French private equity funds in all companies wherever they are based. On a total of 3.6 billion euros invested, French funds invested 2.95 billions in 757 France-based companies while other 477 millions have been invested in 102 companies in the rest of Europe and 275 millions (36 companies) in the rest of the World.

As for divestments, a double record has been recorded both in terms of volume (3.6 billions, calculated at historical acquisition cost, up from 2.11 billions in H1 2013) and in terms of number of deals (563 sales from 455).

Finally, fundraising remained flat at 3.6 bilion euros too, even if no big (i.e. with more than one billion raised) new funds have been closed,  Insurance companies represented just 16% of total funds raised while public sector (25%) and international funds of funds /24%) were the most active investors last semester.

Many non-binding offers for Pittarosso’s shoes