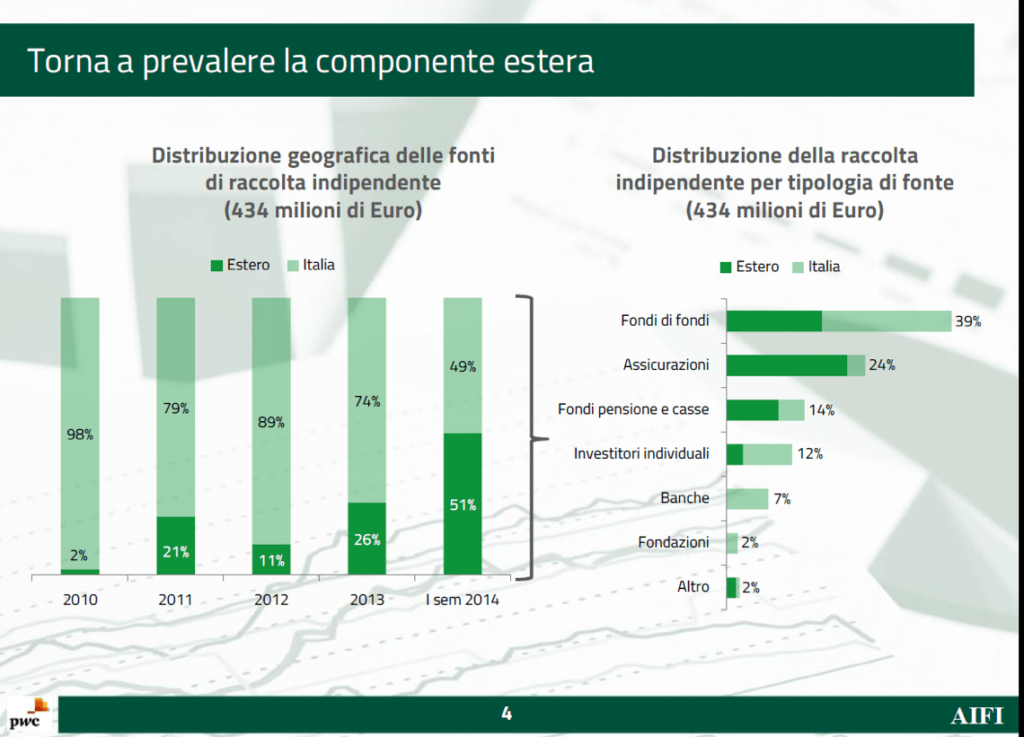 The data were published yesterday by AIFI, the Italian Private Equity and Venture Capital Association, in collaboration with PwC (download here the press release)  AIFI’s chairman Innocenzo Cipoletta (download here the presentation), also stressed that international investors were also responsible for 51% of total fundraising coming from independent investors. Total independnet fundraising was 434 million euros in H1 2013, up from 162 millions in H1 2013 and down from 461 millions in H2 2013. Independent fundriaisng from international investors represented just 26% of the total consideration in 2013 and 11% in 2012.

“Iinternationl investors are giving Italy a strong sign of trust for the medium-long term as committement to a private equity fund means that you think that  you are positive on Italy’s economic growth capacity in the next 5-10 years”, AIFI’s managing director Anna Gervasoni said, stressing that “AIFI has been organizing a series of meetings with international investors in the last 18 months and this effort is finally giving its results”.

As for type of investors, last semester funds of funds were responsible for 39% of total fundraising in Italy, insurance companies for 24% and pension funds for 14%. 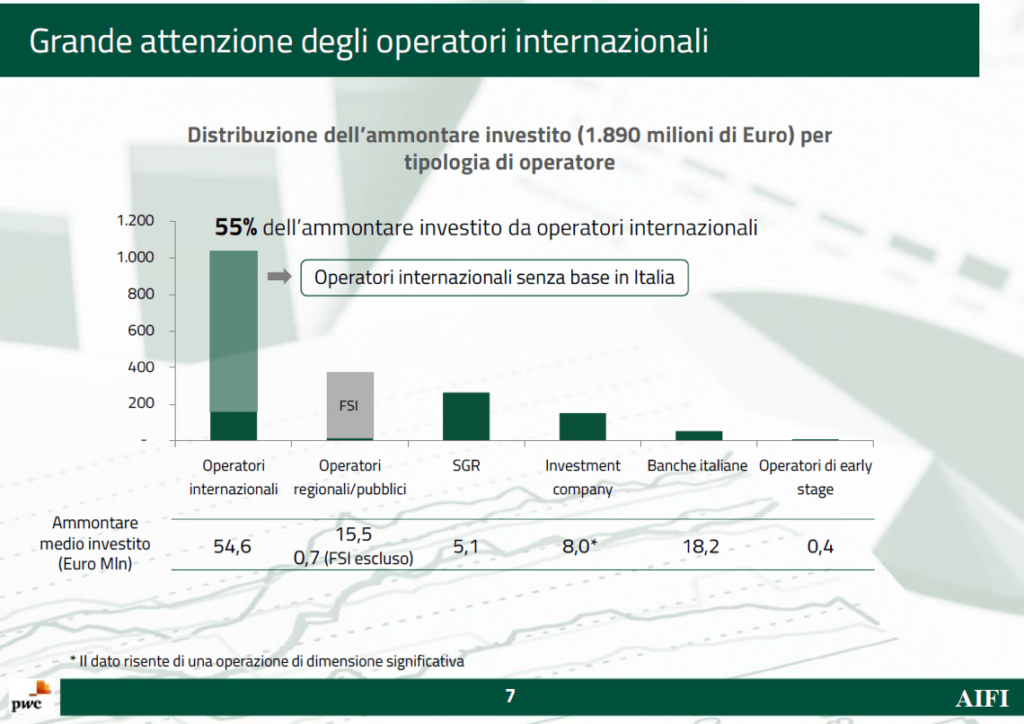 Coming back to foreign investments in Italy, it is quite interesting that internationl private equity funds operated mostly directly from abroad. Actually on a total consideration of 1.037 billion euros invested in Italy by inernational private equity funds (on 19 deals), 12 deals for a total value of 868 millions have been concluded by operators which do not have offices in Italy.

In H1 2013 foreign funds invested 661 millions in Italy (or 47% of private euqity funds’ total investments value) on 9 deals, but just 141 millions were concluded by operators without a permanent base in Italy. In H2 2013 foreign funds invested 705 million (or 34.8% of total investments) of which 532 million came from funds without offices in Italy.

At the end of last June private equity operators had stakes on 1214 Italian companies totalling 90 billion euros in revenues and 400k employees.

French private equity funds investements up by 39% in H1 2014