bybebeez
in Data&Analysis, Private Debt, Private equity, venture capital and private debt data in Italy
A A
Share on FacebookShare on Twitter 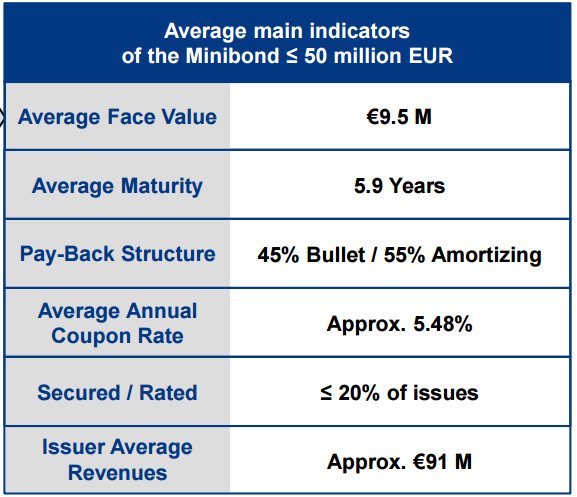 As of last January 31st, 133 minibonds  (with a 50 million euros maximux size) had been issued and listed on the ExtraMot Pro market in Italy for a total value of 1.255 billion euros. Of those minibonds, 16 have been issued in the last three months from November 2015 till January 2016, the last Minibond Scorecard by Epic sim and minibondItaly.it calculates.

The total value minibonds issued represents a 22% of the whole ExtraMot Pro issues (at par value) which reached 5.6 billion euros at the end of January on 155 issues.

Average maturity for minibonds till 50 million euros in size issued in the last three months has been 11.2 years and average annual coupon has been 4.7%, as last January 77 million euros of socalled hydro bonds were issued by five utility companies members of the Viveracqua consortium and that is why power & utilities sector is the one which recorded the main growth in the period.