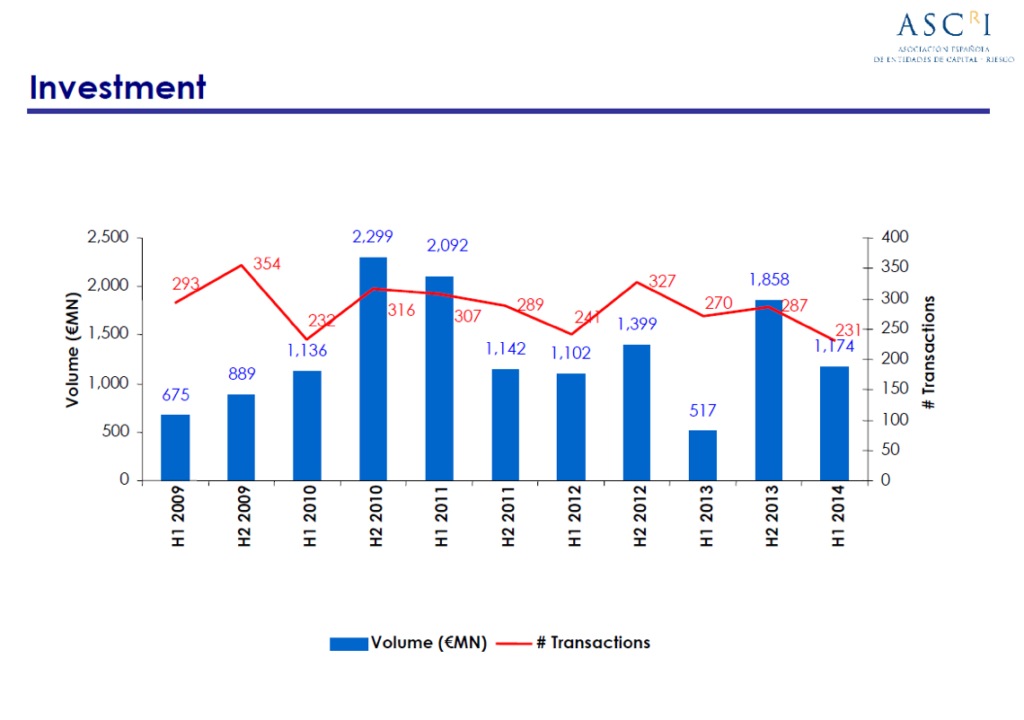 SME financing at initial and growth stages represented 90% of the investment transactions and only 4 transactions exceeded 100 million euros as compared to 1 in H1 2013.

Actually year 2013 was a very bad year for SPanish private equity as invesdtments were down 7.5% to 2.357 billion euros from 2012, which weas the third consecutive drop in funds activity (download here year 2013 data).

As for fundraising, H1 was very rich too with 1.9 billion euros of total funds raised (+276% from H1 2013), thanks also to the start of the activity of the new Spanish government-sponsored funds of funds Fond Ico Global holding 1.2 billion euros of powerxx which has been the push that the sector needed to spark private national fundraising.

Actually, out of the total of 1.9 billions, 880 millions had been raised by international operators with focus on Spain and 76 millions from public entities while the remaining 980 millions have been raised by national private equity and venture capital operators versus only 138 millions raised in H1 2013 (+666%) coming back to back to 2006-2008 levels,

On the divestments side  sales throughout the first half of 2014 (at cost price) reached 1.769 billions euros (+170% from H1 2013), spread out over 102 transactions.  Most divestments were made by international firms, totaling 1-114 billions in 16 transactions.

Many non-binding offers for Pittarosso’s shoes