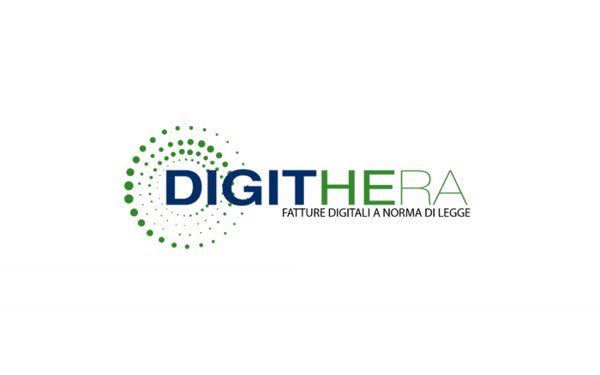 Digithera is currently owned by Gerri Cipollini, Laura Vaninetti, Claudia Bruscaglioni, Genarda Pipero, Flavio Bonfatti, Paola Daniela Monari, Renato Garbarini and Roberto Rambaldi. Unifiedpost will finance the acquisition for 18% in stock and 82% in cash. The operation should be closed by next March 25th. Unifiedpost Group was assisted for the legal aspects by Gianni & Origoni, as well as by the Belgian firm Quorum Law for the aspects of Belgian law, while the tax aspects were handled by the bureau Plattner. The Belgian firm Moore dealt with the financial aspects of the operation. Digithera was supported by the Squire Patton Boggs studio, by Studio Previtali and by Sequor Capital Management as financial advisor.

Digithera was founded in 2014. Its mission is to provide a simple and quick service to anyone who wants to innovate their company or fulfill imposed obligations, through an electronic invoicing system. The company offers solutions to allow companies to exchange documents in electronic format with customers and suppliers; fulfill the obligation of electronic invoicing between individuals, as well as to the PA, in pay-per-use mode; finally, to favor the dematerialization of documents characteristic of the billing cycle, including purchase orders, invoices and transport documents.

Today Digithera has about 20,000 active SMEs on its platform. The company closed 2019 with revenues of 1.25 million euros and an ebitda of 50k euros (see here the analysis by Leanus).

The Italian software house also brings the specific local requirements to Unifiedpost to connect its platform with local SMEs and public administrations. Digithera applies an indirect sales strategy similar to that of Unifiedpost, which is based on a network of approximately 1,200 resellers. Thanks to the acquisition by Unifiedpost, Digithera will be able to grow further by providing new services in addition to documentary ones, such as payment services and working capital financing. For its part, Unifiedpost with this operation puts a foot in the Italian e-invoicing market, but developments may not be limited to this segment.

In addition to Digithera, Unifiedpost on 18 March bought the Spanish company Sistema Efactura from Swedish fintech company Tink (where Poste Italiane owns a minority stake), thus expanding into the Spanish market. By offering a complete digital billing system for businesses and public administrations, the Efactura System platform lowers costs, increases efficiency and security with seamless access to payments and financing. It also allows Spanish SMEs to electronically exchange invoices with public institutions, which has been mandatory by law since 2015 (see the press release here). The acquisition of Sistema Efactura is 100% cash-financed.

The Belgian group confirmed last week that it would continue its organic growth, combined with targeted acquisitions. At the same time, the company announced that it closed 2020 with pro-forma revenues of 146 million euros (see the press release here), following the acquisitions of three companies last December: the Swedish supplier of shipping solutions 21 Grams, the Belgian cloud solutions provider AKTI and the Belgian neo-bank BanqUP (see the press release here). The fintech went public on Euronext in September 2020, at a price of 20 euros per share (see the press release here). Last January, it sold 8.5% of the share capital (corresponding to 2.6 million shares) through a private placement, at a price of 2.10 euros each. Smartfin Capital NV and 25 other private shareholders, already present in the capital of fintech before its listing, sold them (see here the press release).

Unifiedpost, founded in 2001 by Hans Leybaert, who is also ceo, is present in 23 countries. Fintech has developed a 100% cloud-based platform for administrative and financial services that enables seamless, real-time connections between Unifiedpost customers, their suppliers, their customers and other parties along the financial value chain. The group’s mission is to make administrative and financial processes simple for its customers, thanks to its one-stop-shop solutions. Since its foundation the group has grown significantly, with more than 400 million documents processed in 2020, reaching with its platform. over 450 thousand smes and more than 500 companies.

Hans Leybaert commented: “Tapping into new ecosystems and partnerships remains a cornerstone of our long-term growth strategy. Digithera and Sistema Efactura will play a key role in expanding the group into Europe. They will also help us align with local requirements and connect with public administrations, which is crucial in all 26 countries where we are launching our solution for SMEs this year, including payment services”.