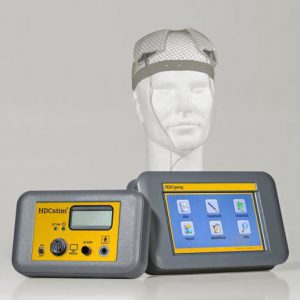 Newronika, a spin-off of the Policlinico Hospital of Milan and of the University of Milan that develops brain stimulation technologies, received a new round of investment of 8.4 million euros (see the press release here) . This was led by the French fund Omnes Venture Capital, supported by funds managed by Innogestsgr and Indaco Venture Partners sgr, already shaareholders in the company’s capital. Indaco sgr participated in the round through the both Indaco Ventures I and the Atlante Ventures funds.

Also taking part in the round was a family office and F3F, a Milanese company controlled by Laura Iris Ferro, a biotech and healthcare sector entrepreneur, who invests in companies with high yield potential in various sectors and which in turn was already a shareholder of Newronika. This is in fact the second investment round for the company, after the 1.7 million euros one in June 2016, subscribed by Innogest, Atlante Ventures and F3F (see here a previous post by BeBeez).

“The treatment of Parkinson’s is certainly the first therapeutic goal in the short term, but the innovative patented technology will allow an expansion of its use on a greater number of neurological pathologies,” said Claire Poulard, from Omnes. “We have supported Newronika from the beginning, believing in the enormous potential of society. The neuro-degenerative disorders are growing – especially in those countries where the incidence of the elderly population is increasing – representing a real social problem. Technology developed by Newronika will improve the quality of life of patients and their families”, added Davide Turco, managing director of Indaco sgr. Claudio Giuliano, managing partner of Innogest, said:” When we invested in Newronika, the company was an academic spin-off with a unique and innovative technology strongly demanded by the market. Today Newronika is a technologically recognized leader thanks to the successful development of the implantable device based on the feedback system known as closed loop and is ready to begin clinical testing and finally making its technology available to patients of the progress made by society in improving people’s lives ”.

Newronika developed from the research of Professor Alberto Priori, a pioneer in neurostimulation methods of the central nervous system, and from Lorenzo Rossi, PhD in bioengineering and entrepreneur at his second startup. It is formed by a multidisciplinary team involving neurophysiology, neurology, biomedical engineering, neuropsychology, bioinformatics and biotechnology. Today it is a leader in the development of innovative and patented technologies for deep brain stimulation (known as DBS – Deep Brain Stimulation). The technology developed so far will be applied to patients suffering from Parkinson’s, although a possible use of it for other related diseases in the near future is not excluded. “Among our objectives is the desire to create a platform with all the cases in which technology can be applied, starting from Parkinson’s to traumatic brain injuries and much more”, explained Lorenzo Rossi, ceo of the company .