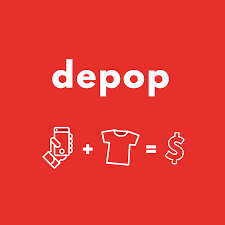 Depop had already raised from those latter investors  7.4 million euros in a previous round in September 2016 (see here a previous post by BeBeez).

After the capital increase, TempoCap, a US venture capital firm focus on technology, acquired a stake from actual shareholders while H-Farm decided to sell part of its stake on the secondary market gaining a cash multiple of about 5x the invested capital.

Incubated by Italian-listed incubator H-Farm in 2011 from an idea by Simon Beckerman and now led by ceo Maria Raga, Depop counts more than 8 million of active users, a community made of the most famous influencer of the fashion, design, art and music sectors growing at a pace of more than 250k new subscribers per month. The company counts a team of about 100 people distributed in London, Milan, New York and Los Angeles, with its principal headquarter in Shoreditch, the London technological district.

Depop has been counting transactions for a total of 230 million dollars, with a 130% growth in 2017 from the year before. And the US market is the one where the company is willing to grow mostly in the next future, thanks to the new cash raised.

Binding offers for Rossopomodoro expected in a few days