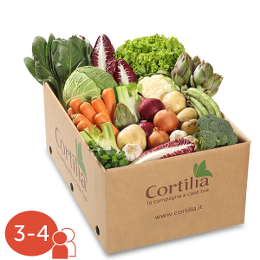 Italian food-tech startup Cortilia raised 8.5 million euros through an investment round led by Five Seasons Ventures and Indaco Ventures I (see here a previous post by BeBeez). Previous investors in the company P101 and Primomiglio. Cortilia has sales of 9 million euros.

Italian luxury digital native shoe brand Velasca raised 4.5 million euros through a capital increase that P101 and Milano Investment Partners (MIP) led  (see here a previous post by BeBeez). The company will invest these proceeds in opening 10 more shops by 2020 and further 10 by 2022, 16 of these will be abroad. The company aims to hire 85 new human resources by 2022, as well as improving further its IT infrastructure. Velasca has sales of 5.2 million euros and an ebitda of minus 0.428 million. Velasca is one of the portfolio companies of private capital investors that BeBeez Private Data monitors. Find out here how to subscribe to the Combo Version that includes the reports and the insight views of BeBeez News Premium 12 months for 110 euros per month.

Mamacrowd, the Italian equity crowdfunding platform that belongs to SiamoSoci, raised 2.5 million euros out of a 3 million target trough a capital increase that current and new investors subscribed (see here a previous post by BeBeez). SiamoSoci shareholders are Paolo Barberis (the former president of Dada and cofounder of business accelerator Nana Bianca), Dario Giudici (ceo), Marco Corradino (the co-founder of Bravofly), Fabio Cannavale (the co-founder of Bravofly and Boost Heroes and owner of lastminute.com), Cristiano Esclapon, Pietro Martani (the founder of Windows on Europe), Azimut, and other investors. Giudici said that the company will invest the proceeds of this capital increase in its technological development. The fourth Report about Italian Crowdfunding of the School of Management of Milan Polytechnic University says that Mamacrowd has over 60,000 registered and hosted campaigns for a total value of 22 million up to 1H19. From 2014 to present, the platform’s campaigns are worth in the region of 24.5 million, according to CrowdfundingBuzz data.

Deesup, an Italian marketplace for trading second-hand design furniture, raised 300k euros  (see here a previous post by BeBeez). LVenture Group and some members of Italian Angels for Growth (IAG) led this round. Valentina Cerolini, ceo and co-founder of Deesup together with Daniele Ena, said that the company will invest these proceeds in its IT assets and expanding its activities abroad.

Stefano Buono, the founder of Advanced Accelerator Applications, a business that Novartis acquired for 3.9 billion US Dollars 2018, joined the investment round of 9.3 million of CHF (8.5 million euros) of Swiss startup GenomSys together with Michele De Negri, the vice-president of biotech firm Diasorin, through the family offices Elysia Capital and Pygar, together with the Club degli Investitori (See here a previous post by BeBeez). Preon Capital, the Swiss family office of Jari Ovaskainen, led the round for which US-based Dolby Family Ventures and Susman Ventures poured resources.

Eureka!Venture sgr is about to launch Eureka! Fund I – Technology Transfer a fund that will support the business ideas of Italian research centres in the fields of advanced materials (see here a previous post by BeBeez). The fund aims to carry on 28 investments in 10 years, 14 follow-ons, and 8 exits. Eureka!Venture belongs to Stefano Peroncini(40%), Salvatore Majorana (20%), Anna Amati (20%), and Meta Group(20%). Eureka! Fund I – Technology Transfer is waiting for the authorization from Banca d’Italia, the Italian central bank, and will have resources for 30 million euros that ITATech poured with the support of Cdp and the European Investment Fund (EIF).

Arcadia Financial Advisors, a Milan based boutique m&a advisor, hired Fabio Allegreni for leading the division Arcadia Expansion Capital for assisting early stage startups and innovative SMEs (see here a previous post by BeBeez). Allegreni is a seasoned startup advisor, he is also the ceo of EdiBeez srl, and the general secretary of Assofintech, the Italian association of fintech firms that he co-founded. Piercesare Villa is the founder and managing partner of Arcadia.

Sace Simest, the Italian foreign trade insurer that belongs to Gruppo Cdp, improved its online services for supporting further the Italian SMEs that aim to increase their foreign activities (see here a previous post by BeBeez). Sace signed a partnership with British fintech scaleup Ebury, a provider of services for B2B cross-border bank wires. Sace is also close to signing a partnership with the Italian platform for invoice financing and lending Credimi.

Nautical sector, here you are all the Italian companies financed by private capital. BeBeez Report