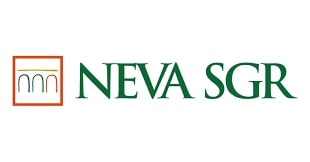 Neva First, a venture capital fund of Neva sgr, the firm that belongs to Intesa Sanpaolo Innovation Center, announced its investment in Tr1X, an US-based biotech that Maria Grazia Roncarolo, an Italian professor of cell and genic therapy at Stanford University, founded (see here a previous post by BeBeez). Tr1X develops treatments for autoimmune and inflammatory diseases and attracted resources from further international investors in the life science sector. Neva First also announced to have raised 250 million euros to invest in Italy (80 million) and in Israel and the US (170 million). Furthermore, Neva aims to launch a bigger fund in 2024. Neva also launched Fondo Sviluppo Ecosistemi di Innovazione (SEI) which has received from Intesa SanPaolo initial resources of 15 million euros that will support Italian and European startups.

Milan-listed Avio, a producer satellites launchers, signed a Memorandum of Understanding with CDP Venture Capital for a partnership aimed at supporting Italian aerospace startups (see here a previous post by BeBeez). Avio will join Takeoff, a startup accelerator of CDP Venture that has resources of 21 million euros. Fondazione CRT and UniCredit are also partners of such an initiative that will also support the sectors of aeronautics, air mobility and advanced hardware. Takeoff will annually shortlist 10 startups in their seed and pre-seed stage for the next three years. The companies will join a 5 months structured acceleration programme. Takeoff will also allow Avio to directly invest in companies.

LIFTT, a startup accelerator of Turin Polytechnic University, aims to invest in four new startups by 2022 and launching a 40 million euros capital increase by early 2023 (see here a previous post by BeBeez). LIFTT ceo Giovanni Tesoriere said to BeBeez that the acceleratori aims to invest 90 million in 100 companies by 2025.

Eligo, an Italian fashion tech platform born in 2016, raised 2.1 million euros (see here a previous post by BeBeez). The company attracted the resources of club deal Mazal Capital, fashion companies, business angels. Eligo also announced the acquisition of the brand Meltin’pot and of Italian ties producer Masel. Naomi Kohashi in the ceo and founder of Eligo. The company will invest such resources in its proprietary technology and organic development. In 2018, Eligo raised 0.162 million on the ground of a pre-money value of 5 million on 200crowd. In 2020, Eligo raised 0.2465 million on 200crowd for a pre-money value of 8 million.