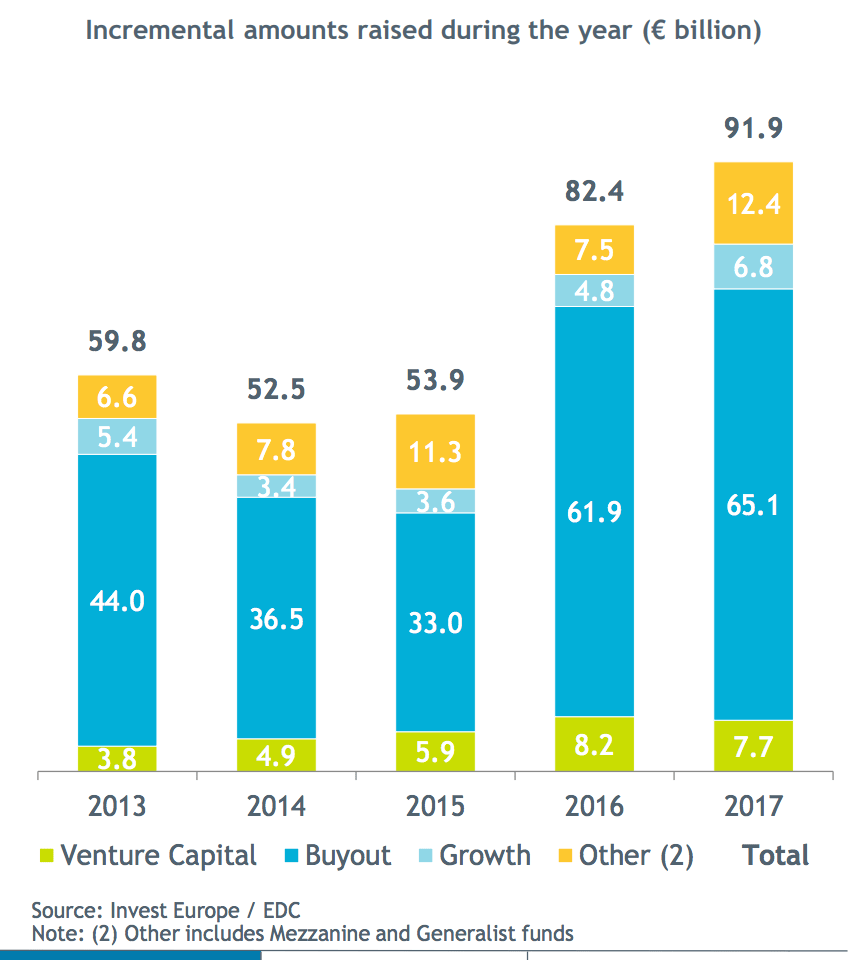 Alpine Growth Investment Platform (AlpGIP), the first macroregional fund that the European Investment Fund supported with 20.6 million of euros together with the Northern italian Regions of Lombardy, Piedmont, Aosta Valley, and Bolzano Province (27.5 million, of which 15 million from Lombardy) invested 5 million euros in Programma 102, the second venture cpaital fund raised by italian venture cpaital firm P101. This is the first investment ina venrture cpaital fund for ALpGIP which instead has already invested in three private equity funds since last year or in Alto Capital IV, Arcadia Small Cap 2 and Gradiente II (see here a previous post byBeBeez).AlpGIP actually invests in innovative SMEs based in these areas or in funds with a focus on them. AlpGIP has 48 million euros of committements and aims to close its investment activity between end 2019 and early 2020.

Programma 102 fund just led a 6 million of euros worth investment round in The Colvin Co, a Spanish startup for the home delivery of flowers (see here a previous post by BeBeez). The list of investors includes Javier Etxebeste (the former ceo of Yahoo) and Hugo Arévalo (the founder of Tuenti). In late 2016, ESADE alumni Sergi Bastardas, Andrés Cester, and Marc Olmedillo founded The Colvin Co that raised 3 million with two previous investment rounds from Samaipata Ventures and Mediaset Espana. Colvin will invest these resources in its organic growth.

MyBeauty, an Italian startup that developed a web platform for comparing cosmetic products, raised 140k euros from private investors that now own a 24% stake in the company’s equity on the ground of a post-money  enterprise value of 580k euros (see here a previous post by BeBeez). Accademia dei Giardini srl, Marco Piuri (the ceo of Trenord), and Guido Bottazzi (an entrepreneur in the cosmetic sector) invested in MyBeauty, that the Pissimiglia family (26%) founded in 2014 together with editorial company Farmapress (24%), Giorgina Gallo (the former ceo of L’Oréal Italia), Giorgio Valerio (the former ceo and coo of RCS Quotidiani and RCS Digital), and Federico Ponzano (creative director and founder of 2ThePoint, a communication agency that belongs to Aim Italia-listed Primi sui Motori). MyBeauty, which has sales of 150k euros, will invest such resources in an important marketing activity.

Gellify, a B2B innovation platform that invests in the growth of digital companies, acquired 4% of fintech business Deus Technology (see here a previous post by BeBeez). Nicola Colla and Fabio Nalucci founded Gellify, while Paolo Galli and Pasquale Orlando created in 2010 Deus Technology, a developer of technologies for financial investments and the Digital Wealth Advisory and roboadvisory sectors.

Var Group, an Italian B2B provider of Ict services that belongs to Milan-listed Sesa and that has revenues of 290 million of euros, invested in fintech startup Commerc.io, which is developing a blockchain based B2B e-commerce platform (see here a previous post by BeBeez). Enrico Talin founded Commerc.io in early 2018. The company has raised 0.83 million ahead of 1 million target. Commerc.io is developing a platform that 250 million of businesses in the world may use for acquiring goods and services.