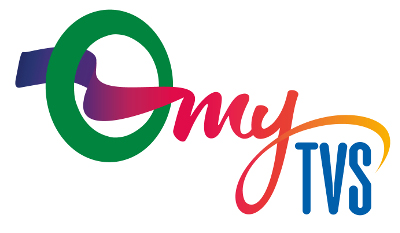 Exor, the Milan-listed investment holding of the Agnelli Family, invested 43 million euros (3.9 billion of Indian Rupees) in the Indian startup MyTVS, an online platform for the post-sale services for cars that is part of TVS (See here a previous post by BeBeez). MyTVS will invest the raised proceeds in its organic development.

Red Circle Investments, the investment vehicle of Renzo Rosso, acquired 6% of Beyond Investment, a holding that Banca Generali and other wealthy individuals for investing in private equity and venture capital transactions in Italy and abroad (see here a previous post by BeBeez). Some of the shareholders of Beyond Investment are Aldo and Beppe Fumagalli, Angelo Moratti, Federico Borromeo Arese, Marina Nissim, and Luca Marzotto.

Oversonic Robotics, a company operating in the field of cognitive humanoid robotics, sold a 33% stake to Fintel, a financial firm of the Bulgarelli Family that subscribed a capital increase on the ground of an enterprise value of 14 million euros (see here a previous post by BeBeez). Claudio and Rossana Bulgarelli joined Oversonic’s board of directors. Fabio Puglia (chairman) and Paolo Denti (ceo) founded the company in 2020. Oversonic will invest the raised proceeds for its commercial development.

Smart Capital acquired a minority of Knobs, a consulting firm for blockchain and IoT projects (See here a previous post by BeBeez). Andrea Costantini, the founder, chairman and managing partner of Smart Capital, became the vicepresident of Knobs in charge of finance, strategy and m&a. Vincenzo Rana, Alessio Pagani and Francesco Bruschi founded Knobs in 2014. The company has sales in the region of one million euros, a 35% ebitda margin and net profits of above 25%. Knobs will invest the raised proceeds in hiring professionals and m&a transactions ahead of a listing.

InfinityHub, an Italian energy efficiency benefit company, raised more than 1.3 million euros through an equity crowdfunding campaign it launched earlier in July on CrowdFundMe (See here a previous post by BeBeez). The campaign will close on 23 September, Thursday. InfinityHub attracted the resources of Delta Informatica (0.1 million), Global Power Service (50,000 euros), Paolo Molesini (the chairman of Fideuram), Nicola Pianon, and Eraldo Prini. The company raised more than the 0.329 million target it set on the ground of a pre-money value of 37.5 million. Massimiliano Braghin is the founder of Infinityhub which will invest the proceeds of this campaign in its own consolidation ahead of an IPO on Milan market by 2023. The company will allocate one million for hiring executives; 0.2 million for implementing ERP (Enterprise Resource Planning) and CRM (Customer Relationship Management) systems and 0.8 million for the IPO costs. Infinityhub has sales of 3.5 million.

Forever Bambù, an Italian producer of giant bamboo, raised a crowdbridge loan through Opstart (see here a previous post by BeBeez). The raised proceeds will allow the company to get cash ahead of the release of the resources it raised throuth its equity crowdfunding campaign. The company borrowed 174k euros and set a target of 50k -250k euros. The loan has a 6-months tenure and guarantees a 7% annual yield. Sign up here for BeBeez Newsletter about Private Debt and receive all the last 24 hours updates for the sector.

Earlier in August, Cross Border Growth launched A-Road, a startup call for scaleups that aim to accelerate towards a series A round (see here a previous post by BeBeez). The deadline for application is mid-September, while the programme will start in October. The 5 selected scaleups will receive investment tickets of 0.2 – 0.5 million euros and the support of a mentor ceo and the challenge of a devil’s avocate. Milena Mondini, Duccio Vitali, Marco Ariello, Roger Abravanel, and Andrea Zocchi are part of the the panel of the ceos.

Earlier in June, Sonia Balduzzi, Roberta Monasterolo, Mario Moschetta, Massimiliano Paci, and Ennio Visconti founded Exain, a blockchain-based platform for the tokenization of hybrid financial instruments that in the last few days received the incubation support of Impact Hub Milano, Crowdfundingbuzz reported (see here a previous post by BeBeez). The startup also received the pre-acceleration support of B4i (Bocconi4Innovation, the accelerator of BocconiUniversity) and the award Switch2Product from the incubator PoliHub.

Algor, an Artificial Intelligence-based startup for increasing the productivity that the ceo Mauro Musarra founded, will receive the support of Nazarè, the acceleration programme that Onde Alte launched earlier in January (see here a previous post by BeBeez). Massimiliano Ventimiglia, the ceo and founder of Onde Alte, said to BeBeez that the acceleration programme will begin in September with a bootcamp of 4 days and the support of a lead mentor for 3 months. Algor created Algor Maps, a tool for students with specific learning disorders.