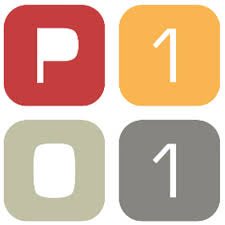 Belgium’s team.blue, a digital enabler for companies and entrepreneurs, controlled by Hg Capital private equity firm, acquired the majority of iubenda, an authomatic generator of privacy policy for websites, from the founders Andrea Giannangelo (ceo) and Domenico Vele (cto) who will keep their roles (see here a previous post by BeBeez). Iubenda was born in 2011 and was backed at the time by  some of the previous Italian venture capital investors: Digital Investments sca sicar (of which Gianluca Dettori’s dpixel is advisor),  Marco Magnocavallo (Blogo) and Andrea Di Camillo, who at the time had not yet founded P101 but already had launched very well known startups as Vitaminic (1999) and Banzai (2006).

Intesa SanPaolo invested 40 million GBPs in Thought Machine, a scaleup with which the Italian bank recently signed a partnership for developing its new fintech digital bank Isybank as stated in the new Strategic Plan 20222-2025 presented by the bank a few days ago (see here a previous post by BeBeez). Thought Machine raised 340 million US Dollars since its foundation in 2014 while its current enterprise value amounts to above one billion.

Milan-listed illimity launched B-ilty, the new corporate challenger bank for SMEs with a turnover between 2 and 15 million euros. The new bank, currently open to the first thousand customers, aims to reach 31k  in 2025 and a 3 billion euros of turnover financing. This was announced a few days ago by illimity on occasion of its FY 2021 results. At the same time the bank also announced that it is going to create a new proptech company building on the sales division of its subsidiary neprix, already a leader in the judicial auction market in Italy. Actually the sales division of neprix will merge into a newco, which will be active with a new brand and an innovative digital platform and will also begin operating in the open real estate market.

Moneyfarm, a London-based digital wealth manager founded in 2011 by Italians Paolo Galvani and Giovanni Daprà, is said to have hired Barclays and Credit Suisse for exploring options (see here a previous post by BeBeez). Unicredit might instead be named as bookrunner for an enventual ipo on London or Milan market that the company may launch on the ground of an enterprise value of 400 million GBPs. However in the last few days sources from Moneyfarm told BeBeez that no mandate has been signed yet. Earlier in January, Moneyfarm attracted 53 million euros from M&G, Poste Italiane and other investors on the ground of an enterprise value in the region of 325 million. However, Moneyfarm, a company that Paolo Galvani and Giovanni Daprà founded in 2011, could also sell to a trade buyer.

Glass to Power, an Italian producer of components made of transparent photovoltaic insulating glass, will list on Paris market an equity stake worth 25.38 million euros at  48 euros per share (see here a previous post by BeBeez).

GenomeUp, an Italian digital biotech startup, raised 1.1 million euros from Lumen Ventures, a|impact (a vehicle that Etica launched), GCM Group, Padda Health, and Finalca, the family office of the Cazzola Family (See here a previous post by BeBeez). Simone Gardini (ceo and chief scientific officer), Giovanni Stracquadaneo (coo) and Nicolò Risitano (cto) founded GenomeUp in 2017. In 2018, the company received the support of LVenture Group through the acceleration programme LUISS EnLabs while in 2019 the company joined Global Innovation Program of Berkeley SkyDeck, part of Berkeley University. GenomeUp has sales of 0.091 million euros, an ebitda of minus 0.164 million and net cash of 0.047 million. The firm will invest the raised proceeds in consolidating further its market position in Italy and expanding abroad

Planet Farms Holding, an Italian vertical farming company, attracted 30 million euros from Azimut and some of the asset manager High Net Worth (HNW) individuals (see here a previous post by BeBeez). Luca Travaglini and Daniele Benatoff founded Planet Farms in 2018. In 2021, the company attracted the resources of Red Circle Investments.

London’s fintech StonePay is going to launch an equity crowdfunding campaign on Seedrs, Guido Branca, one of the company’s founders, said to BeBeez (see here a previous post by BeBeez). The company will invest 34% of the raised proceeds in its legal expenses and the training of its team; 32% in R&D, 24% in operative expenses, while 10% will make a liquidity buffer. In 2020, the comoany attracted a pre-seed facility of 0.3 million GBPs from two British Investment firms. StonePay’s further founders are Filippo Mazzei, Joseph Miceli, Mario Giannotti, Arianna Marchetti, Romualdo Scott di Carlo, and Luca Acerbi. By the end of 2022, StonePay aims to start a fundraising of 2-3 million for launching a Premium.

Carlyle and Investindustrial mull an ipo for Design Holding, their Italian furniture and light design pole