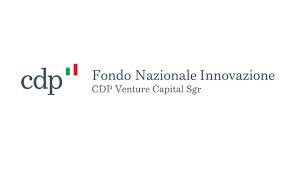 CDP Venture Capital sgr poured 150 million euros in Large Ventures, a vehicle for investing in late stage startups (see here a previous post by BeBeez). The fund has a fundraising target of 700 million and already attracted a 50 million commitment of the Italian Ministry of entreprises and Made in Italy.

FABA, an Italian EduTech, attracted 3.7 million euros through a series A round that Oltre III (a vehicle of Oltre Impact sgr spa – EuVeca) led and CDP Venture Capital joined (See here a previous post by BeBeez). Matteo Fabbrini, Chiara Gava, Alessio Polo, and Francesco Poloniato are the founders of FABA.

FoolFarm, an Italian venture builder with a focus on Artificial Intelligence, Cybersecurity and Blockchain that ceo Andrea Cinelli founded, raised 3.5 million euros through a capital increase on the ground of a post-money valuation of 22 million (see here a previous post by BeBeez). FoolFarm also received the support of IBL Banca, Renato Dalla Riva and Ottavia, a firm that belongs to a pool of Italian investors. KPMG acted as FoolFarm advisor.

Italian barbershop chain Barberino’s, a company that Michele Callegari and Niccolò Bencini founded, raised 3 million euros from CDP Venture Capital, Francesco Pinto that will become the board’s non operative chairman, the former footballer Claudio Marchisio, and the crowdinvestors that poured resources through Doorway (See here a previous post by BeBeez). In 2020, the company raised 1.71 million through an equity crowdfunding campaign on Mamacrowd on the ground of a pre-money value of 5.2 million.

Oltre III, a vehicle of Oltre Impact – EuVeca, invested 2.5 million euros in telemedicine company Medea(Medical Electronic Applications) (see here a previous post by BeBeez). Medea is born in 2016 and will invest the raised proceeds in its organic development. The company has sales of 2.1 million and an ebitda of 0.3 million.

Utopia SIS, an investor in the healthcare and biomedical sector that Fondazione Golinelli, Fondazione Sardegna and Antonio Falcone created, invested 1.5 million euros in Drug Discovery & Clinic (DDC), a spinoff of Turin Universit, (see here a previous post by BeBeez). MedioCredito Centrale (MCC) will provide with a warranty for 80% of the investment.

Cicero Experience, an Italian startup for experience tourism that Francesco Cappoli and Chiara Redaelli founded, raised 1.2 million euros through an equity crowdfunding campaign on Mamacrowd for which Azimut Eltif Venture Capital Alicrowd acted as lead investor (0.6 million) (See here a previous post by BeBeez). The company set an initial target of 0.4 – 0.8 million that raised later to 1.2 million on the ground of a pre-money value of 4.9 million. Cicero will invest the raised proceeds in consolidating its domestic presence, starting to expand abroad, its organic development and proprietary technology.

FiloBlu, a business accelerator for the online fashion and consumer products retail sector of which Gradiente has 67%, acquired Diana Corp, a platform for the design, creation and management of digital sales, from the founders Stefano Mocellini and Margherita Silvestri, and H-Farm (10% owner) (See here a previous post by BeBeez). Christian Nucibella created FiloBlu in 2009. Diana Corp. appointed Alberto Arcolin as new ceo.