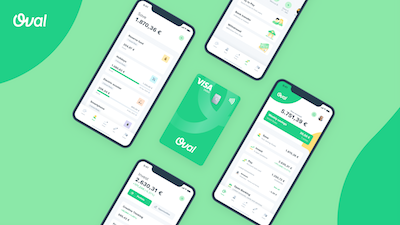 Swiss private equity Guru Capital acquired Oval Money and is holding talks for buying the company’s Spanish subsidiary Oval Marketplace (see here a previous post by BeBeez). Guru Capital’s portfolio company ETX Capital, an online CFD and spread-betting broker, will merge with Oval. The latter has been put into administration recently as it wasn’t able to raise its last funding round which was expected to close last June 2020, in a letter to its clients cofounder Benedetta Arese Lucini explained. Mrs. Arese Lucini and its cofounders Claudio Bedino and Edoardo Benedetto founded Oval in April 2017. In November 2019 Oval raised 1.26 million pounds through an equity crowdfunding campaign on Seedrs. The campaign followed a 4 million pounds round, for a 12.5% stake, subscribed in October 2019 by Eurizon sgr, the asset management company of the Intesa Sanpaolo group. Before that, the fintech company had already closed three rounds. At the end of 2016 it had raised 1.2 million euros, among others from Intesa Sanpaolo and b-ventures, the accelerator founded by Mauro del Rio within Buongiorno, now Docomo Digital. In April 2018 Oval had raised 1.5 million euros, of which 788k pounds raised in equity crowdfunding on the British platform CrowCube. In June 2018 it had raised 4 million euros from Intesa Sanpaolo, through its corporate venture Neva Finventures. In June 2018, the company attracted a 4 million euros investment from Intesa Sanpaolo’s corporate venture Neva Finventures, a stake that one that was recently transferred directly to Intesa Sanpaolo. Oval raised a total of 12.26 million euros from investors since its foundation. Guru Capital’s managing partner Luca Merolla said to BeBeez and CrowdfundingBuzz that the fund aims to acquire further fintech and trading online businesses to expand the operations of ETX Capital and Oval.

Lyst, a marketplace for luxury clothes, raised 85 million dollars through a pre-ipo round and attracted the resources of Fidelity International, Novator Capital, C4 Ventures, and Giano Capital, which is a venture investor for the secondary market that Alberto Chalon and Aldo Maccari founded in 2020 (see here a previous post by BeBeez). Further investors in the company are Draper Esprit, 14W, Accel, Balderton Capital, Venrex, LVMH, and Carmen Busquets. Lyst raised 144 million since Chris Morton, Devin Hunt and Sebastjan Trepca founded it in 2010.

On 11 May, Tuesday, Giuseppe Caputo, the cfo of the Italian proptech Casavo, said during the BeBeez Coffee that the company aim to reach 500 million euros in debt raised by early 2024 (see here a previous post by BeBeez). Caputo said that the company needs such resources for supporting its growth. Since its birth in 2017, Casavo carried on acquisitions of real estate assets for a total of 300 millions and started to operate in Spain ahead of expanding its operations in further South European countries. Giorgio Tinacci founded the company together with Simon Specka, who sold hiss take in early 2019.

Fondo per la Ricerca e l’Innovazione (Rif-T), a vehicle of Equiter for investing the funds of the Italian Ministry of Education, poured 2.2 million euros in VRMedia (see here a previous post by BeBeez). VRMedia is a spin-off of Scuola Superiore Sant’Anna di Pisa, that developed a proprietary technology for augmented reality and wearable devices for the maintenance of industrial machinery. On 28 October 2020, Federico Gulletta, the company’s ceo, said during a BeBeez Investors’ Coffee that the company mulled the launch of a 2.5 million investment round. In 2018 and 2020, VRMedia attracted the resources of Vertis. Sandro Bacinelli, Franco Tecchia, Monica Vignoni, Marcello Carrozzino, and Massimo Bergamasco founded the company.

Paris-listed investment holding Innovative-RFK (i-RFK) is placing an up to 5 million euros charity bond on Milan-listed portal CrowdFundMe (see here a previous post by BeBeez). The issuant will annually allocate 2% of the raised resources for charity activities. The least investment ticket amounts to 10,000 euros, while the bond is due to mature in 5 years with a 4% yield with an amortised repayment through a biannual postponed coupon. Investors already poured 20,000 euros, while i-RFK received from Modefinance a B1 rating. The company will invest the proceeds of such a charity bond in startups and SMEs operating in the sectors of healthcare tech, cybersecurity, teleaudiology, gaming, and Artificial Intelligence as well as no-profit activities of Lions Club.