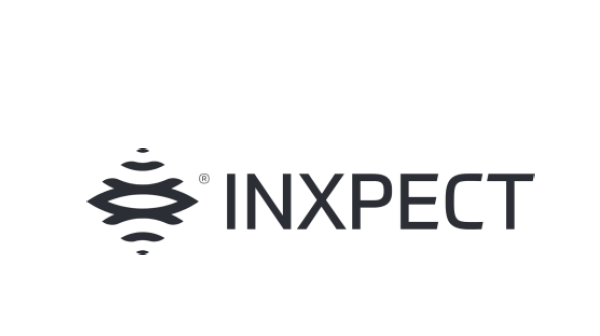 Inxpect, a producer of sensor for radars and of robotic items, raised more than 17 million euros from Fondo Italiano d’Investimento (FII) (see here a previous post by BeBeez). Inxpect also attracted the resources of 360 Capital, who already invested in the company in 2019, and of 8a+ Investimenti. Luca Salgarelli founded Inxpect in 2015. The company has sales of 1.2 million and will inves the raised proceeds in its organic development.

eShoppingAdvisor, an Italian startup that provides e-commerce services to Italian SMEs, raised 500k euros from Cdp Venture Capital sgr (300k), LVenture, Paolo Angelucci and other business angels (see here a previous post by BeBeez). In 2020, Luiss EnLabs supported esa with its acceleration programme. The company will invest the raised proceeds in developing a proprietary AI technology for facing fake reviews and in its growth in the UK and Spain. World Advisor, a startup that in 2019 attracted the resources of Sardegna Ricerche, developed esa.  Similarly, EdilGo, an Italian startup that developed an e-procurement software for the construction sector and in 2020 received the support of Luiss EnLabs (the accelerator of LVenture Group), raised 300k euros (see here a previous post by BeBeez). The company attracted the resources of Cdp Venture Capital sgr  (150k), LVenture Group and Italian Angels for Growth (IAG). Carlo Andrea Guatterini (ceo), Guidalberto Bonora (cto), Gilberto Moreno Cruz (chief product officer), and Roberto Bonetti (head of sales) founded EdilGo in 2016.

L’Orto di Jack, an omnichannel retailer of fruit and vegetables, raised more than 171k euros in the first day of its equity crowdfunding campaign on Mamacrowd that started on 18 February (see here a previous post by BeBeez). The company set a fundraising target of 100-500k euros on the ground of a pre-money value of 4.5 millions, while in two previous rounds it raised 550k euros from private investors. Giuseppe Carciati and Giacomo Messina founded the company at the end of 2017, and changed the business model in 2019 when Alessandro Della Nina and Arturo Casale invested in the company. The company’s turnover now amounts to 2 million euros. L’Orto di Jack today belongs to Carciati and Messina (53%), Casale and Della Nina (14%), Silvano Della Nina, Fabio Marinsalta, Fabio Iandolo, and Mauro Ceresa (14.5%). The remaining 18.5% stake is of Mattia Riva, Vanni Bombonato, Mattia Beda, Luciano Serra, and TopLog.

AIPB – Associazione Italiana Private Banking said that the sector can support the equity crowdfunding campaigns of bigger size, if the regulatory framework is favorable (See here a previous post by BeBeez). The BeBeez Report about Venture capital in 2020 said that Italian startups and scaleups attracted investments for 780 million euros (605 million in 2019) from business angels, venture and corporate venture capital funds, investment holdings, private banking clients, accelerators and campaigns on equity crowdfunding portals. CrowdfundingBuzz said that the corowdfunding portals raised 103 million in 2020 (65 million in 2019). The Observatory about crowdfunding of Milan Polytechnic University said that in 2020 the equity and lending campaigns raised 98 million and 428 milioni. However, these figures don’t include the invoice financing transactions which in 2020 are worth above 1.7 billion, BeBeez data say. For a comprehensive view of fintech lending, see here the BeBeez Private Debt Report 2020 and the BeBeez Fintech Report 3Q20 about fintech financing for SMEs, both available to subscribers to BeBeez News Premium and BeBeez Private Data (see here how to subscribe).

On 19 February, Friday, Redelfi, an investment holding that targets minorities of innovative SMEs and startups, launched an equity crowdfunding campaign on Opstart (see here a previous post by BeBeez). The company set a target of 0.3 – 1.8 million euros and already raised 868k euros (289% overfunding) on the ground of a pre-money value of 6.4 million. Redelfi will invest the majority of the proceeds in acquiring 55% of Enginius, a target company operating in the sectors of Artificial Intelligence, augmented reality and big data, and developing its business. The founders of Enginius will become shareholders of Redelfi.

Trusters, an Italian portal for real estate lending crowdfunding, aims to launch by March its next round after having raised 500k euros (below the 1 million target) in 2020 through private crowdfunding on ClubDealOnline (See here a previous post by BeBeez). In June 2019, Trusters cloed a 0.1 million round. Andrea Maffi founded Trusters in 2018. According to the data of CrowdfundingBuzz, Trusters is the second Italian platform for real estate lending crowdfunding in terms of brokered amount. In 2020, it allowed to raise 7.4 million (2.5 million in 2019) for 59 campaigns.

Paolo Tanfoglio, the ceo and founder of digital insurance broker Lokky, said to BeBeez that by the end of 2021, the company aims to launch a new investment round for attracting the resources of a venture capital fund or an industrial partner (see here a previous post by BeBeez). The company aims to invest the eventual proceeds in its internationalization and organic development. In 2020, the company raised seed capital for 0.6 million euros and one million from Angels4Impact (A4I) and other investors. Tanfoglio founded Lokky in 2019 together with Sauro Mostarda (executive director).

Italian venture capital P101 appointed Stefano Guidotti as new partner (See here a previous post by BeBeez). Guidotti will support the management of the funds and of new products while having a focus on consumer-tech, purpose driven-tech and early growth investments. Andrea Di Camillo (founder), Giuseppe Donvito, Glenda Grazioli, and Alessandro Tavecchio are the other partners of P101 which has resources for above 200 million euros.

Milan-listed utility A2A launched a portal for open innovation that supports startups and the players of the innovation ecosystem (see here a previous post by BeBeez). The portal will host call for ideas that can be of strategic interest to A2A and allow seed and early stage startups to liaise with the corporate venture capital fund of A2A.