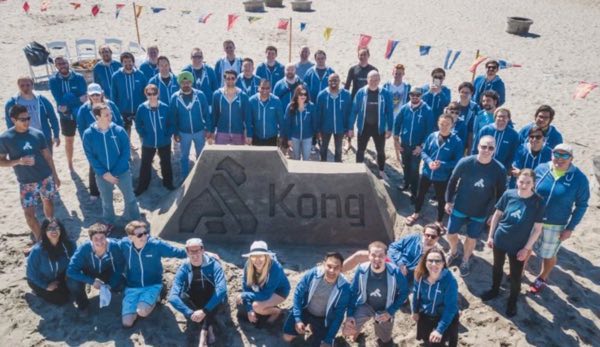 Italvolt, a company that Lars Carlstrom founded, will invest 4 billion euros for creating the first Italian Gigafactory (see here a previous post by BeBeez). Such a Gigafactory will be the biggest size in Europe and 12fth in the world with 45 – 70 GWh. The construction will end in spring 2024. Carlstrom previously launched Britishvolt together with Orral Nadjari (ceo) and invested 2.6 billion British Pounds for the development of a 30 GWh Gigafactory based in Blyth, in the North Eastern English region of Northumberland. Britishvolt attracted the resources of private investors based in Scandinavia and UAE ahead of an IPO that could launch by July 2021.

CRIF, the Italian business and credit information provider, invested in Neva First, a venture capital fund of Neva (fka Neva Finventures) (see here a previous post by BeBeez). Luca Remmert and Mario Costantini are the chairman and ceo of Neva, which belongs to Intesa Sanpaolo Innovation Center. CRIF will support Neva First for its investments in fintech, artificial intelligence, blockchain, cybersecurity, agritech, and green economy. Neva raised 100 million from Intesa Sanpaolo and 50 million euros from Compagnia di San Paolo, Cariparo, Carifirenze, and Carilucca. The fund aims to raise 250 million by the end of 2021.

ACBC, an Italian startup for the production of eco-friendly shoes, closed a 3.2 million euros round it had opened last Summer, thanks to funds raised from Cdp Venture Capital, Boost Heroes and Ocean On Limited (see here a previous post by BeBeez). Those funds add to the ones raised in December 2020 from Club degli Investitori (240k euros) and  in August  (2.3 million euros, of which one million through an equity crowdfunding campaign on Doorway).

4Aim Sicaf a Milan-listed investment vehicle that targets Aim Italia-listed and soon to be listed firms, signed a partnership with equity crowdfunding platform Opstart (see here a previous post by BeBeez). Opstart will reserve 30% or up to 100k euros of each campaign for for 4Aim. The partnership will become active with the start of the activity of the Comparto 2 Crowdfunding of 4Aim Sicaf, which was established at the end of December 2020.

Italian proptech Homepal launched on 11 February, Thursday, an equity crowdfunding campaign on Mamacrowd with a target of one million euros (see here a previous post by BeBeez). The campaign will end on 11 March, Thursday. Investment tickets can be of 500 – 0.5 million. The company raised one million in 2015 from Davide Serra and other business angels; 2.6 million in April 2017 from Homeclub and other investors; 2.3 million in September 2018 from Homeclub, Daniele Ferrero, Roberto Piroddi, H-57; Bper; Boost Heroes, and Davide Serra. Andrea Lacalamita, Fabio Marra, Monica Regazzi and other managers and sector entrepreneurs founded Homepal in 2014. The company has sales of 2 million.

B Zero, a startup that developed blockchain-based platform Notarify, raised 500k euros through an equity crowdfunding campaign on Opstart (See here a previous post by BeBeez). The company started the campaign in December 2020 and set a target of 0.13 – 0.5 million. The company attracted the resources of BFC Media (the publisher of Forbes Italia and other titles and TV channels), Trentino Sviluppo and other shareholders. Notarify’s pre-money value amounted to 6 million and post-money to 6.5 million after the last capital increase it launched. Federico Monti is the founder of Notarify.

Bike-room, an online retailer of bikes in which invested Milan-listed Digital Magics, raised a totale of 300k euros from Cdp Venture Capital (100k euros), Uberto Thun and other business angels (see here a previous post by BeBeez). Thun joined Bike-room’s board of directors.

MyChicJungle, a digital innovation and communication firm, implemented a blockchain technology on Flowdron, an Italian marketplace for drones (See here a previous post by BeBeez). The blockchain will allow the use of smart contracts. Flowdron has an ongoing equity crowdfunding campaign on Opstart for which set a target of 50-200k euros on the ground of a pre-money value of 500k euros. Rudy Lazzarin is the founder of Flowdron. Jacopo Moschini (ceo) and Paolo Broglia founded MyChicJungle in 2012. Japal, an e-commerce platform, spun-off from MyChicJungle in 2018 and in December 2020 received from Intesa Sanpaolo a convertible financing facility of 250k euros.

Axyon AI, will launch its third capital increase by the end of 2021, Daniele Grassi, the company’s ceo and cofounder said to BeBeez (see here a previous post by BeBeez). Axyon AI, a provider of solutions for Hedge funds and asset managers, aims to attract resources for 2-3 million euros in the next two years and previously raised 1.5 million from Ing, Unicredit and London-based angel investors. Grassi founded Axyon AI in 2016 together with Giacomo Barigazzi and Jacopo Credi, the company’s R&D manager. Axyon has sales in the region of 0.5 million and aims to reach a breakeven in 2023 while expanding in Switzerland and Germany as well.

Banca Progetto, an Italian challenger bank whose controlling shareholder is Oaktree Capital Management, signed a partnership with Faire.ai and Italy’s open finance platform Fabrick for launching instant lending services for SMEs (see here a previous post by BeBeez). Banca Progetto will get access to Fabrick’s technology and to credit score services of Faire. Paolo Fiorentino, Gianluigi Davassi and Paolo Zaccardi are the ceos of Banca Progetto, Faire and Fabrick.