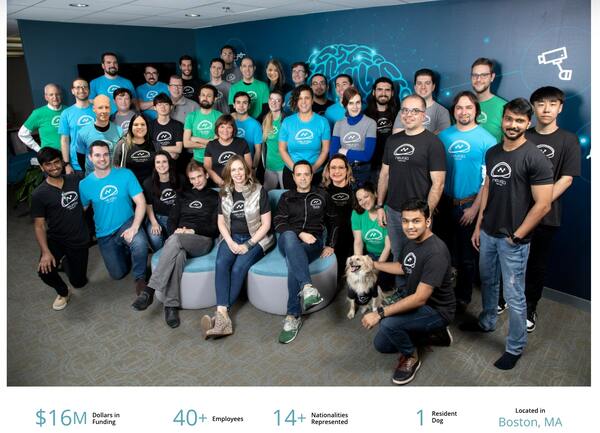 Cyber Guru, an Italian platform that provides services for the defence from the attacks of hackers, closed an investment round of 3.6 million euros that P101 and Milan-listed Azimut’s ITALIA 500 led (see here a previous post by BeBeez). Adara Ventures joined the investors. Gianni Baroni founded Cyber Guru in 2017. The company will invest these proceeds in its organic growth and international expansion.

The financial investor 8a+ Real Innovation (8a), a vehicle that 8a+ Investimenti and Banca Generali launched in June 2020, acquired a stake in Israeli’s venture capital fund Catalyst IV, part of Catalyst Investments which focus on the sectors of Internet of Things, SaaS per le aziende, cybersecurity, smart mobility and life sciences (see here a previous post by BeBeez). This transaction is part of the buyers project BG4Real and of the fundraising campaign of Catalyst IV.

Between 2017 and 2020, the firms operating in the decentralized finance (DeFi) sector raised above one billion US Dollars through venture capital funds, tokens and grants (see here a previous post by BeBeez). The report “Cutting through the hype of decentralized finance” of Blockchain Valley Ventures said that at the end of April 2021 the total value of the market of DeFi in terms of total value locked of the projects in cryptocurrencies was worth 90 billions.

In the last two months, Italian venture capital Global Tech Ventures (GTV) closed investments worth 5.5 million euros together with international peers (see here a previous post by BeBeez). Alessandro Rivetti and Roberto Bossi head GTV which targets contenders, startups who may be worth one billion euros within two years from the investment, ahead of an exit in five years.

At the end of May, Italian venture capital LIFTT invested 400k euros in Drivesec, a provider of cybersecurity services for the sectors of automotive and IoT (See here a previous post by BeBeez). Giuseppe Faranda Cordella founded Drivesec in 2017. The company will invest the proceeds in developing its international activity.

Bemycompany, an Italian incubator that Antonio Quintino Chieffo launched, acquired 1% of Pendragon International Group(PIG), an Italian provider of services to dentists (see here a previous post by BeBeez). Alessandro Lattore founded PIG. In September 2020, Bemycompany said to BeBeez that it aims to launch an equity crowdfunding campaign ahead of an IPO on Milan exchange or Euronext.

AZ Eltif ALIcrowd, a venture capital Eltif that Milan-listed Azimut launched, will co-invest one million euros in the equity crowdfunding campaign that Italian shoe-maker Fessura launched on Mamacrowd (see here a previous post by BeBeez). Fessura has sales of 1.26 million and net profits of 14,000 euros. The company set a fundraising target of 0.5 – 1-5 million and already attracted 1.13 million from 56 investor on the ground of a pre-money value of 5 million. The Vecchiola Family founded Fessura in 2013. Azimut launched ALICrowd earlier in March, the vehicle has a tenure of 8 years and resources of 25 million

Italy’s insuretech iArena launched an equity crowdfunding on BacktoWork24, a platform of which Intesa Sanpaolo is a shareholder, with a target of 0.6 – 1.8 million euros on the ground of an enterprise value of 4 million (see here a previous post by BeBeez). The investment tickets of 500 – 10,000 euros will get rewards. Digitouch poured 400k euros and Carlo Francesco Dettori, the founder and ceo of iArena, invested 0.2 million. The company will invest the raised proceeds in the development of its proprietary B2C marketplace quellochevoglio.io (400k euros) and the launch of a media campaign (200k euros).

Fondazione Cariplo and its impact investing unit Fondazione Social Venture Giordano Dell’Amore (FSVGDA) launched Impact4Art (I4A), a vehicle that will invest one million euros for supporting the growth of initiatives in the sector of leisure, art and culture (see here a previous post by BeBeez). I4A will target seed and scaleup companies.