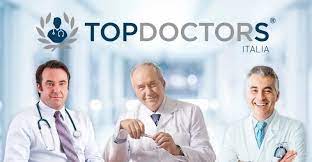 Top Doctors, a Barcelona-based Medtech startup that Alberto Porciani and Lorena Bassass Vivò founded in 2013, raised 13 million US Dollars from Danish Impact Partners Nordic, and ICF Venture Tech, an investor in Catalunya-based businesses (see here a previous post by BeBeez). Spain’s venture capital Inveready and other minority shareholders sold their stakes in Top Doctors which raised 15.8 million euros since its foundation. In 2021, the company expects to generate a turnover of 16 million US Dollars. Top Doctors will invest the raised proceeds in its organic development

Alchimia, an Italian venture capital that Paolo Barletta and Lorenzo Castelli founded in 2018, poured 5 million euros in digital health firm WelMed which is raising 10 million (see here a previous post by BeBeez). Sources said to BeBeez that this is the first tranche of the round that ended in July and may close by the end of this year. Giulia Franchi and Marco Manzonifounded WelMed. In 1H21, the company posted sales of 0.35 million, an ebitda of 0.120 million and a net financial debt of 0.38 million. At the end of 2021, the firm expects to generate a turnover of 1.2-1.3 million.

Swiss fintech Sonect raised 4.65 million euros in a new investment round for which IAG acted as lead investor and of which 1.3 millions in an equity crowdfunding campaign on the Doorway platform (see here a previous post by BeBeez). In 2022, the company will launch a capital increase for supporting its international expansion. Sonect attracted the resources of Italian Angels for Growth (IAG) and 70 further investors.

Milan-listed Azimut and Gellify are going to launch a 50 million US Dollars venture capital fund that will target MENA-based startups and scaleups (see here a previous post by BeBeez).

Ulixes sgr, an asset management company that Alessandro Andreozzi leads, aims to raise 100 million euros for its first impact investing vehicle Impact Fund (see here a previous post by BeBeez). The fund will allocate 40% of its assets in the Latium Region. Impact Fund already attracted the resources of Banca Popolare di Fondi, Supernova and AATECH and invested 6.1 million in equity and debt in Italy’s Geoveda (a green data center with geothermic energy), Edera Farm (a provider of IoT solutions for vertical agricolture) and Agrorobotica (a provider technology for making agriculture more sustainable).

Augusto Vecchi, the founder and ceo of real estate crowdfunding portal Italy Crowd, launched the fintech K2 Capital, a provider of blockchain-based services for the tokenization of real estate and corporate assets lo scorso giugno (See here a previous post by BeBeez). CrowdfundingBuzz, a magazine that belongs to Edibeez, the publisher of BeBeez, previously reported that Vecchi was working on the launch of K2 Capital with Stefano Sardelli and other entrepreneurs.

Vedrai, an Italian provider of AI-based services to SMEs, and Motive, an Italian producer of industrial components, launched Fermai (see here a previous post by BeBeez). Fermai developed a system for the predictive maintenance of industrial machinery and processes. Motive has revenues of 8.1 million euros. Last July Vedrai had raised a 5 million euros investment round subscribed by 32 Italian investors (see ahere a previous article by BeBeez).

Phenix, a French startup that aims to prevent the waste of food, acquired Italian competitor Myfoody (see here a previous post by BeBeez). Francesco Giberti founded the target in 2015 and received the support of Boost Heroes, LVenture, Cdp AccelerOra, and StartupBootcamp FoodTech that poured 0.572 million US Dollars in three rounds.

Red Fish Long Term Capital (RFLTC) and Invitalia Fondo Cresci al Sud invested in Tesi, an Italian producer of industrial components that belongs to the Punzo family (see here a previous post by BeBeez). Sources said to BeBeez that the funds acquired a 20% each. Arkios Italy acted as m&a advisor to Tesi which has sales of 22.3 million euros with an ebitda of 4.3 million.

Twenty Italian startups joined the financial acceleration programme of Intesa Sanpaolo Elite Lounge 2021 (see here a previous post by BeBeez). Some of these companies passed the acceleration programme B Heroes 2021. The selected companies are Alba Robot (an Italian startup that manufactures tools for supporting disabled); Aircnc (a BDB marketplace for the manufacturing sector); Barberino’s (an Italian chain of barber shops); Biova Project (an Italian producer of Beer); Contents (an AI SaaS company for the communication sector); Flying Basket (a drone – delivery company); Fratelli Desideri (a provider of high-end food reaty to cook); Gioielleria Italiana (a jewellery business); Golee (a SportTech for the management of sport clubs that earlier in May acquired e-ticketing company Ticket Trust); Italia Rimborso (a website for managing the reimboursement requests of flights tickets); Meeters (a company that provides events for small groups of strangers); Nterilizer (a producer of sterilization products); Out of (a producer of handmade specs); PatchAi (an AI and machine learning based medtech); SardexPay (an Italian fintech that developed a platform for alternative payments); Thuja Ethical Antidote (an Italian producer of items in organic cotton or recycled polyester); Trackting (an IoT company for the bike economy sector that earlier this month attracted the resources of Ciro Immobile); Timelaps Lab (an Italian provider of monitoring systems for worksites); WeStudents (an Italian EduTech); WodPod (an app for the fitness sector).