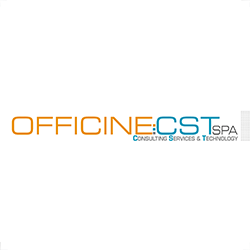 Fintech platforms are providing with marketplaces also the project finance operators (see here a previous post by BeBeez). Paolo Gesa, the business development director of Officine CST, a platform born in 2019 for financing the Italian motorway Superstrada Pedemontana Veneta, said to BeBeez that the firm allowed investors to trade invoices worth 155 million euros. Gesa is one of the panelists of today’s BeBeez Cafè about the trend of private debt and securitization sector.  See here for program and free registration

Milan-listed asset manager Azimut subscribed a capital increase for acquiring a 30% of Italian venture capital P101 for fostering the growth of startups and liaise the retail investors with the venture capital asset class (See here a previous post by BeBeez). In June 2013, Azimut and Fondo Italiano d’Investimento had poured 15 million euros each in first P101 investment veichle and were anchor investors as well in its second fund Programma 102 launched in 2018.

Italian American biotech scaleup Genenta Science aims to list on Nasdaq and could attract the resources of Cdp Venture (see here a previous post by BeBeez). Genenta Science is developing stem-cells based therapies for cancer and raised 30 million euros since its foundation in 2014. Pierluigi Paracchi, Luigi Naldini and Bernhard Gentner founded the company which recently hired as cfo Richard Slansky.

Italian crowdfunding portal Opstart launched Crowdlender, its lending crowdfunding platform for investing in equity and minibonds of Italian SMEs (see here a previous post by BeBeez). Easyfintech signed a partnership with Opstart for providing the potential investors in the deals on the platforms with financial reports. Crowdlender may host in May its first crowdlending campaign. Gabriele Villa, the ceo of Milan-listed MIT sim, joined the board of directors of Opstart.

Kippy, an Italian scaleup for tracking pets, launched a 2.5 million euros capital increase for financing its organic development (see here a previous post by BeBeez). Since its foundation in 2015, Kippy had raised more than 2.1 million through an equity crowdfunding campaign on Mamacrowd (above 1.1 million on the ground of a pre-money value of 6 million) and investment rounds that attracted the resources of the Italian pet shop chain L’Isola dei Tesori, Angels for Innovation, Shark Bites, Moffulabs, and Stefano Miccinelli. Kippy has sales of 2.3 million euros and 25,000 subscribers. Simone Sangiorgi and Marco Brunetti founded the business.

Homepal, an Italian proptech, raised 2.7 million euros through an equity crowdfunding campaign on Mamacrowd that started on 11 February, Thursday (see here a previous post by BeBeez). Homepal increased its fundraising target from 1 million to 2.75 million on the ground of a pre-money value of 19.8 million. The company will invest such proceeds in its organic development and hiring new professionals for handling 500 real estate transactions per month.

Crif, an Italian credit information provider, invested 0.61 million euros in Fintastico, Bit&Coffee, Criptalia (fintech/insurtech sector), Biofarm, and Latitudo 40 (foodtech/agritech) (See here a previous post by BeBeez). Crif made such investmests as part of I-Tech Innovation2021, a call that launched together with Fondazione Golinelli for Italian startups operating in the fields of fintech/insurtech, foodtech/agritech and life science/digital health. Fondazione Golinelli shortlisted life science/digital health firms Drug Discovery Clinics, InSimili and NovaVido, in in which invested a total of 0.39 million. Fabio Marras founded Fintastico in 2016 together with Fabrizio Villani. In its early stage, the company attracted the investment of Fabio Brambilla (the former chairman of Assofintech), London’s TechItalia:Lab and Milan-listed Digital Magics. Bit&Coffee is a digital provider of invoice management services. Criptalia is a blockchain-based platform for peer-to-peer crowdlending to SMEs with the support of a robo-advisory and Artificial Intelligence technology. Diego Dal Cero and Matteo Vallin founded the company in 2018 and since then raised 1.3 million (0.24 million from Crif). Biorfarm is a virtual market place for agircolture. Latitudo 40 developet AgriAlitycs a data provider for agricolture. Donato Amitrano, Gaetano Volpe, Mauro Manente, and Vincenzo Vecchio founded the Naples-based company in 2017 and since then raised 0.972 million (0.12 from Crif). These eight shortlisted startups will join G-Force, the acceleration programme of G-Factor, the incubator of Fondazione Golinelli.

Revo, a SPAC with a focus on the insurance sector launched by Minali e Costamagna, to raise 200 mln euros