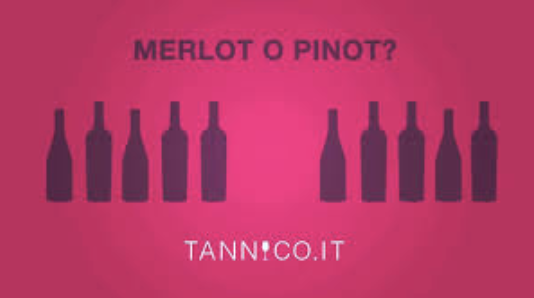 Campari Group paid 23.4 million euros in cash for a 49% of Tannico, an e-commerce for wine (see here a previous post by BeBeez). Actual shareholders will sell a 39% stake to Campari which in turn will also subscribe a 10% capital increase in Tannico. Campari Group may buy the whole of Tannico from 2025. In October 2016, P101, Matteo de Brabant, Maurizio di Robilant and Stefano Saccardi invested 3.8 million in Tannico on the ground of a post-money valuation of above 10 million euros. In April 2018, Tannico launched a 2.5 million capital increase that Nuo Capital subscribed with the previous round’s investors. Tannico raised 8 million in 5 years and has sales of 20.6 million with a CAGR in the region of 50% for the 2016-2019 period. The company has a net cash of 1.6 million.

Tutored, the Italian platform for recruiting and employer branding, raised 2 million euros in a new funding round (see here a previous post by BeBeez). Tutored previously had attracted resources for 1.1 million. The company joined the acceleration programme of Luiss Enlab in October 2014 and attracted 60k euros from LVenture and Club Italia Investimenti 2. In March 2015 Tutored received 400k euros from LVenture Group, Club Digitale, and Club Italia Investimenti 2. Gabriele Giugliano, Martina Mattone, and Nicolò Bardi founded Tutored in October 2014 and said that they will invest these resources in the company’s organic growth.

Telepass, a subsidiary of Milan-listed Atlantia, acquired from Christian Padovan, Andrea Galassi and Alessandro Morlin a controlling stake in Washout, a startup for home-delivery carwash services (see here a previous post by BeBeez). In February 2019, Telepass had joined the one million euros investment round of Wash Out, that was born in 2016 and received the support of Speed MI Up, the business incubator of Bocconi University, Milan Chamber of Commerce and Milan Municipality. In June 2018, Wash Out received the awards from B Heroes (800k euros) and the International ScaleUp award of the Innovation Center of Intesa Sanpaolo (an investment of 150k euros through a hybrid instrument and a three-months professional support of the bank together with Cariplo Factory). The company previously raised 650k euros.

Azimut and B2B Gellify launched Azimut Digitech Fund (ADF) a venture capital fund for investing in startups for the B2B software (see here a previous post by BeBeez). Azimut has assets of under management for 1.2 billion euros for the private market. ADF aims to raise 50 million euros from institutional investors and HNWI. Fabio Nalucci, Michele Giordani and Gianluigi Martina, the founders of Gellify Group, will act as the exclusive advisors of ADF, which will invest in startups in different stages.

Startup Geeks, an Italian community of startuppers, raised 170k euros from Francesco Inguscio, Andrea Dusi, Enrico Pandian, and Roberto Sfoglietta (see here a previous post by BeBeez). Inguscio said that the company will invest these resources in its organic development.

Equity crowdfunding platform Forcrowd is hosting the campaign of B4tech, who set a 250-500k euros target for a 7.5% stake on the ground of a pre-money value of 3.1 millions (see here a previous post by BeBeez). Antonio Crinieri (ceo) and Luca Terzi (coo) founded B4tech, a provider of digital ecosystems for the sectors of Industry, Retail, Smart Mobility, Fashion, and Health Care. Foradvisory, a corporate finance advisor, founded Forcrowd.

Permira Invest, an investor in distressed credits (which has nothing to do with the paneuropean eponymous private equity firm), launched on ExtraFunding an equity crowdfunding campaing for acquiring NPLs (see here a previous post by BeBeez). The controlling shareholders of Permira Invest already subscribed more than one million euros in the 1.8 million capital increase. The company set a target of 108k-830k euros with a least ticket of 500 euros. Permira Invest will invest such proceeds in acquiring distressed credits with a face value of up to 12 million. Mirko Morandi is the head Permira Invest. Extrafunding belongs to Extrafin, whose ceo Luigi Romano has a 26.42%.

Italian private equity and venture capital funds recorded a 21.4% IRR onn their portfolio exits in 2019, Kpmg and AIFI, the Italian Association of investors in Private Equity, Venture Capital and Private Debt, said during a web conference about private capital last June 5th (see here a previous post by BeBeez). Speaking on the sidelines of an event of BeBeez about alternative investments, Anna Gervasoni, the general manager of AIFI, said in July 2019 that at the end of 2018, private equity and venture capital funds had instead recorded a 16.9% IRR.

The European VC Valutation Report of PitchBook said that the pre-money valuation of the European startups for 1Q20 have been resilient despite the coronavirus emergency (see here a previous post by BeBeez). However, the report said that the COVID-19 turmoil will impact the pre-seed, seed and early stage valuations for the remaining part of 2020. Given the recessionary business cycle, investors could focus on their portfolio companies rather than carrying on new investments. Non-institutional investors may lower their valuations.

Startup Ecosystem Rankings 2020, a report of Zurich-based StartupBlink, placed Italy in the 25th position globally and the 15th in Europe (See here a previous post by BeBeez). Eli David founded StartupBlink in 2014. Italy kept the same rank as in 2019, however, bureaucracy and the public sector may cause the decline of the country in the table. Furthermore, the absence of unicorns impacts the confidence of local entrepreneurs for taking the scaleup stage. Milan ecosystem ranks 14th in Europe and 62nd globally.

Gimme5, a provider of digital solutions for retail investors that AcomeA launched, signed a partnership with Caio Digital Partners, the advisory firm of Francesco Caio, a seasoned executive in the TMT sector with a solid international experience (see here a previous post by BeBeez). Caio will help Gimme5 to grow in the B2B2C segment. AcomeA launched Gimme5 in 2013. Since then, the company posted an aggregate annual growt of 40% and raised more than 60 million from retail Italian investors.

Italian fintech scaleup Moneyfarm launched its first pension product Piano Pensione Moneyfarm (see here a previous post by BeBeez). Moneyfarm is a digital wealth manager that operates in Italy, the UK and Germany, and has assets under management of above 1 billion euros (+221% in the last three years). Giovanni Daprà is the ceo of Moneyfarm and foudned the company together with Paolo Galvani in 2011. Since then, the firm raised 110 million from investors (40 million in 2019 from Poste Italiane and Allianz Asset Management). In October 2017, Moneyfarm acquired London-based Ernest, a company that Cristoforo Mione, Lorenzo Sicilia and Niall Bellabarba founded in 2016, while in November 2018 it purchased Vaamo, a German digital wealth manager.