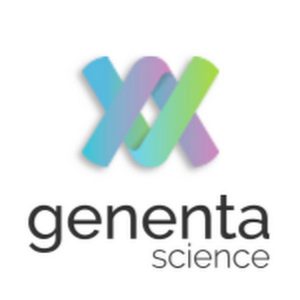 Qianzhan Investment Management is a Chinese private investment company based in Shanghai that trades in futures, equities and private equity. It has allocated 720 million for private equity and venture capital investments in lifesciences and tech, investing in China, the United States and Europe. The company has invested for example in Tencent Music, Wuhan Hiteck, Capella Therapeutics and Denovo Biopharma.

Qianzhan will be represented in the administration board of Genenta by Jing “Akira” Liu, physician and manager of investments in venture capital biotech, while Fidim will be represented by Lucio Rovati, ceo and cso of Rottapharm Biotech. In fact, when in July 2014 Fidim sold Rottapharm to the Swedish Meda group or 2.2 billion euros (see here a previous post by BeBeez), it maintained ownership of its R&D activities concentrated in Rottapharm Biotech. In 2016, Meda was later acquired by Mylan.

Two investors from the previous rounds also participated in this last Genenta round: the Bormioli family (which had already invested in the Advanced Accelerator Applications biotech, later acquired by Novartis) and the Fumagalli family (former owner of Candy, then sold to the Chinese of Haier Group). Elite spa, the company controlled by the London Stock Exchange group, which manages the SMEs community of the same name, of which Genenta is a part, promoted the fundraising for this last round for Genenta Science through its Elite Club Deal platform (see here a previous post by BeBeez).

This is the third round for the company, after the 6.2 million euro one of January 2015, thanks to a group of private investors gathered by Banca Esperia (then Mediolanum group and Mediobanca) among its private banking customers (see here a previous post by BeBeez) and the 7 million euros round in September 2017, led by private Italian, British and Swiss investors, family offices and business angels (see here a previous post by BeBeez). Thanks to the last round, the company has therefore raised a total of 30 million euros.

Genenta Science was founded in 2014 by managing director Pierluigi Paracchi, together with Luigi Naldini, director of the Division of Regenerative Medicine, Stem Cells and Gene Therapy, as well as director of the San Raffaele Telethon Institute for Gene Therapy (SR-Tiget) , and to Bernhard Gentner, hematologist and research doctor at the San Raffaele Hospital, as well as from the San Raffaele Hospital itself. It is based in Milan and has an office at the Alexandria Center’s Launch Labs in New York. The company is developing cancer therapies based on hematopoietic stem cells. Simultaneously with the round, Genenta Science announced that it has obtained the go-ahead for two phase I / II clinical studies in patients with early relapsed multiple myeloma following a first-line therapy, as well as in people who have just been diagnosed a glioblastoma multiforme.

“Genenta is growing in an environment that brings together great scientists and qualified doctors. From the beginning, we decided to leverage the previous successful experience of SR-TIGET in bringing gene therapies for rare diseases in the clinic and to the market. Maintaining the full control of the project, we will be able to better orient ourselves towards our goal and create the maximum possible value before moving on to transfer licenses, to m&a deals or to listing on the Stock Exchange “, commented Paracchi.

With the completion of the first round, Roger Abravanel (ex McKinsey) and Gabriella Camboni, founder of Eos, Ethical Oncology Science, another startup in the world of biotechnology, transferred from the Principia I fund of Quantica sgr then of Paracchi in November 2013 to the US Clovis Oncology group for 420 million dollars, the best exit ever of an Italian venture capital fund. With the second round, however, had joined the board of directors of the company Guido Guidi, who was head of Pharma for the Europe region and of the Oncology Europe division of Novartis, where he developed and launched a series of highly successful products (like Cosentyx, Entresto, Lucentis, Gilenya, Xolair, Ultibro, Seebri, Galvus, Exforge, Zometa, Femara and Glivec). Also joined the Scientific Advisory Board, led by Naldini, Kenneth C. Anderson, who in turn directs the Lebow Institute for Myeloma Therapeutics and the Jerome Lipper Myeloma Center at the DanaFaber Cancer Institute, is Kraft Family Professor of Medicine at Harvard Medical School and President Elect of the American Society of Hematology.