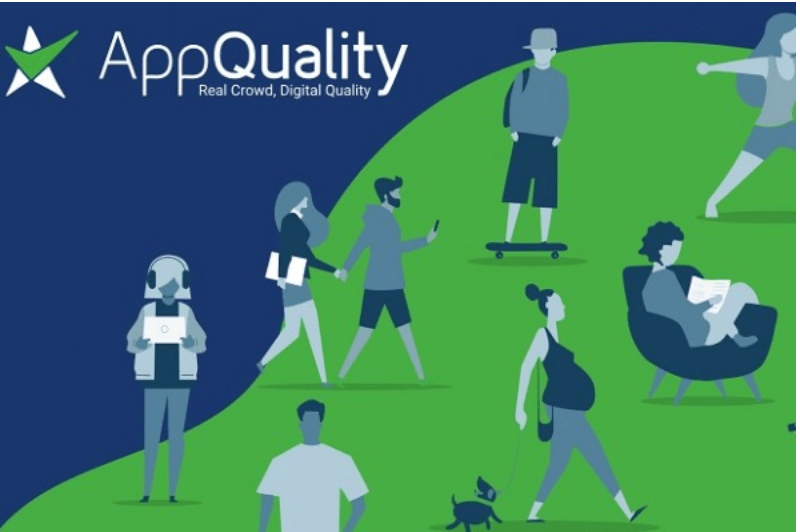 Italian platform for crowdtesting AppQuality raised a 3.5 million euros round for which P101 poured 3 million through P102 and ITA50, a vehicle that is managing on behalf of Azimut Libera Impresa (see here a previous post by BeBeez). Italian Angels for Growth (IAG), Club degli Investitori and Club Italia Investimenti also joined the round. Giuseppe Donvito, a partner of P101, and Gianluca D’Agostino, a member of IAG, are now part of the company’s directors. Luca Manara (ceo), Edoardo Vannutelli and Filippo Renga founded AppQuality in 2015. The company has sales of 0.542 million, an ebitda of minus 51,000 euros, and net cash of 0.282 million and will invest these proceeds in its organic development.

Italian logistic company Milkman raised 25 million euros from Poste Italiane, P101, Italia 500, Vertis, and 360 Capital Partners(see here a previous post by BeBeez). Milkman and Poste signed a partnership for launching MLK Deliveries, a premium service for deliveries. Serial entrepreneur Antonio Perini and Tommaso Baù founded Milkman in 2015. The company previously attracted investments for 6.4 million in October 2018 from Vertis, P101 and 360 Capital Partners who poured 1.05 million in September 2016 together with business angel Mike Brennan from the USA. In December 2015, the company raised a preseed round of 75,000 euros from Boox, a company of Perini, and a seed round of 0.181 million from WorkWave in March 2016. Milkman raised a total of 35 million and has sales of 7.2 million with an ebitda of minus 1.67 million and net cash of 4.2 million. The company will invest these proceeds in its organic development.

Milan-listed incubator Digital Magics (60%) and Lazio Innova (40%) signed a biennial co-investment partnership worth 6 million euros (ssee here a previous post by BeBeez). The companies will pour seed resources to support Lazio-based startups that Digital Magics and Innova Venture will select. Marco Gay, is the ceo of Digital Magics. Andrea Ciampalini is the coo of Lazio Innova. Digital Magics has sales of 2.7 million (+3.8% in 2018), an ebitda of minus 0.303 million (minus 0.347 million), net losses of 2.3 million (net profit of 0.385 million) and net financial debt of 1.4 million.

PunchLab, a startup that developed an app for interactive training sessions for martial arts, raised an investment round of 0.3 million euros from Primomiglio (lead investor) and LVenture Group(see here a previous post by BeBeez). Nicolò Parternoster, Simone Carcone and Valerio Raco founded Rome-based PunchLab in February 2017, which received the acceleration support of LUISS EnLabs, part of LVenture Group.

Findynamic, a dynamic cash invoice platform, will launch Dynamic discounting sostenibile (DDS), an ESG compliant solution between the end of May and beginning of June 2020, together with media partner LifeGate (see here a previous post by BeBeez). The companies that will join DDS will receive the ethical claim certification (ISO/TS 17033) from Bureau Veritas and will have to pay in advance their suppliers, Enrico Viganò, the ceo and founder of FinDynamic said to BeBeez. Viganò founded FinDynamic in 2016. Unicredit acquired 10% of the business in June 2019.

Letsell, an Italian designer of e-commerce sites, raised 420k euros from LIFTT, an investor in startups whose chairman is Stefano Buono (see here a previous post by BeBeez). Letsell will invest these proceeds in expanding its operations in France and Spain and in its B2B unit. In May 2019, the company raised 0.75 million through a capital increase that investors from the UK, Sweden, and Spain subscribed. Brandsdistribution.com, an online B2B distributor of high-end fashion items that Carlo Tafuri founded, supported Letsell in its seed stage on the ground of an enterprise value of 1 million. Luca Ferrero, Carlo Tafuri, and Michele Contrini founded Letsell in 2018. LIFTT is born out of a partnership that Turin Polytechnic University signed with Compagnia di San Paolo.

Young, the Italian exchange for cryptocurrencies and for buying gold with crypto assets, aims to raise 10 million euros (see here a previous post by BeBeez). The company previously launched a pre-seed capital increase that Italian entrepreneurs subscribed and in June 2019 completed a 0.75 million crowdfunding campaigns on UK platform Seedrs on the ground of an enterprise value of 8.5 million. Andrea Ferrero, Stefan A. Gheban, Samuele Raimondo, Marco Ciarmoli, Andrea Carollo, and Daniele Rinaldi founded Young in June 2018. I3P, the incubator of Turin Polytechnic University, supported the company in its early stage. Ferrero, Mariano Giovanni Carozzi and Alberto Bertagnolio Licio (the former CFO of the company) are the company’s directors.

Italian startups incubator and pre-accelerator Grownnectia (fka Connectia) launched the Valuechain of Startups (see here a previous post by BeBeez). From June 2020, the company will open 5 further hubs in Brescia, Verona, Florence, Milan, and Pescara. Each of them will have its own vertical specialization in fintech, proptech, fashion & design, agrifood, blockchain, and AI. Grownnectia will open in 2021 two further hubs in Barcelona and London. The company also aims to launch its own platform for equity crowdfunding for pre-seed investments in the region of 50,000 euros. An investment company will act as lead investor together with the platform that aims to raise 5 million euros, ceo Massimo Ciaglia said. Grownnectia has three programmes: Pay4growth ©validation (three months); Pay4growth © pre-seed (six months) and Pay4growth © traction (six months). Grownnectia has sales of 0.419 million.

RX Home, a provider of X-ray at home in which venture builder Cantieri Digitali invested, overachieved its target for the equity crowdfunding campaign that launched on CrowdFundMe (see here a previous post by BeBeez). RX Home raised 0.1 million euros, above the 60,000 euros target on the ground of a pre-money value of 1.25 million. The company will invest these proceeds in its organic development. Mattia Perroni founded Italian-German Cantieri Digitali.

Italian medtech MedSniper closed a seed round of above 200k euros that Club degli Investitori subscribed (see here a previous post by BeBeez). Andrea Mazza founded MedSniper in 2019 for solving the problems with difficult medical intubations. The company received the support of I3P, which signed a partnership with Club degli Investitori.

Datrix, an Italian developer of solutions for augmented analytics tools for marketing, sales, publishing and finance raised 2.3 million euros for a 10% of the business (see here a previous post by BeBeez). Datrix was born in 2018 out of the merger of Finscience and 3rd Place.United Ventures led the investment round that Wellness Holding joined. After such a capital increase, the three founders of Datrix have 70% of the company, previous investors 20% and the last subscribers 10%. In May 2019, Fabrizio Milano D’Aragona, the ceo of Datrix, said to BeBeez that the company was going to launch a 3-5 million capital increase. Milano D’Aragona founded Finscience in 2017 together with Mauro Arte, Claudio Zamboni, and Alessandro Arrigo. Milano D’Aragona founded 3rdPlace in 2010 together withArte andZamboni.