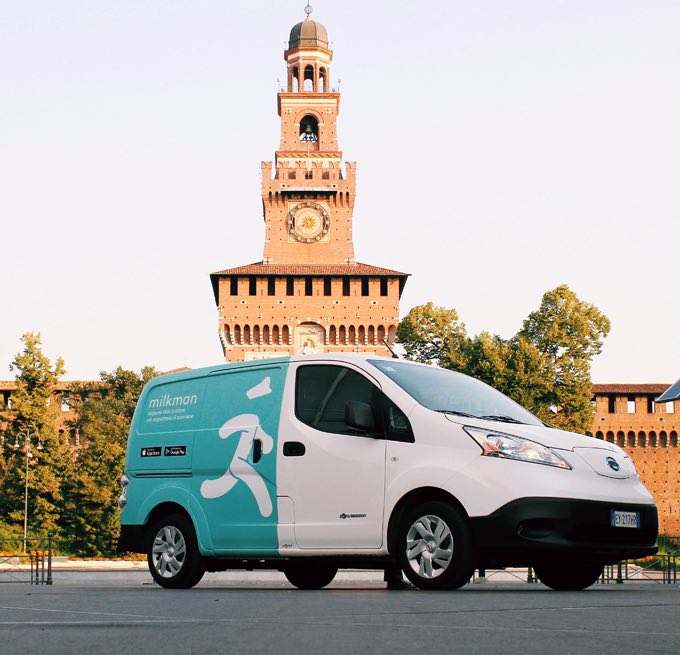 The heart of the deal is an agreement between Milkman and Poste to create a newco, MLK Deliveries, able to offer Poste customers a premium delivery service in the parcel delivery market. Through this newco, Poste customers will be able to benefit from the distinctive services developed and perfected over the years by Milkman: deliveries by appointment, same day and choice of day and time of delivery.

Milkman was founded in 2015 by Antonio Perini (co-founder of Cortilia, in turn a portfolio company of P101 and co-founder of Viamente, now Workwave Route Manager) and Tommaso Baù (co-founder of Itecs).

With the last round, the total capital raised by the company rises to over 35 million euros, providing home delivery services built around the consumer, focusing in particular on the last mile of deliveries and offering personalized delivery options, including which same-day, choice of day and time (with windows of only 30 minutes) and real-time mapping. The goal is to give the e-shopper the guidance of their shipments and to give e-commerce platforms a last-mile solution that is easy to integrate and compatible with third-party logistics. Growing by 3-digit percentages, year on year, Milkman recorded around 400 thousand deliveries in the first quarter of 2020, equal to about double the same period last year. The company closed 2018 with revenues of 7.2 million euros, a negative ebitda of 1.67 million and net liquidity of 4.2 million (see here an analysis by Leanus, once registered for free).

The funds raised with the latest capital increase will allow the company, which counts Eataly Today, Coop, Nespresso, Zara and Tannico as customers, to expand the coverage of the area in which it operates (currently the provinces of Milan, Rome, Turin ), accelerate international growth and expand the range of innovative services offered so as to attract new customer segments.

Antonio Perini, co-founder and ceo of Milkman, said: “The renewed trust of the investors who have accompanied us since our birth, as well as that of Poste who chooses us for offering premium / small parcel services to its customers, makes it particularly proud and proud. We believe that Poste has always been at the forefront of experimentation and evolution of new services and business models in favor of users, an important recognition of the progress made so far ”.

So-called Relaunch Decree makes some substantial changes for private capital and corporate finance market in Italy. Here is how