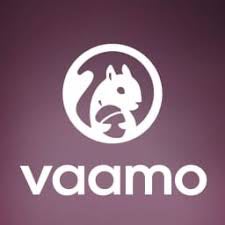 Italy’s digital asset manager Moneyfarm bought Vaamo, a digital German asset manger based in Frankfurt (see here the press release). The deal is to be seen in the framework of the international expansion of Moneyfarm after having opened shop in United Kingdom in 2015.

The deal will also favor the further expansion of B2C products and services of Moneyfarm and the consolidation of the B2B segment with the offer of digital solutions to major European financial institutions.

Founded in 2013 by Thomas Bloch and Olivier Vins, Vaamo was the first online financial advisory firm in Germany and is today among the leading robo-advisors active in the country. In recent years, he has been partnering with financial institutions such as N26 and 1822direkt, the online subsidiary of one of Germany’s leading investment banks.

Founded in 2012 by Paolo Galvani and Giovanni Daprà, Moneyfarm has been financed in several rounds by various venture capital funds, collecting a total of over 70 million euro (see here a previous post by BeBeez) and operates today with the three offices of Milan, London and Cagliari and a team of 90 professionals. Moneyfarm manages the assets of over 30 thousand investors between Italy and the United Kingdom (on a basis of more than 200 thousand active users) at a rate of growth that in 2017 saw the customer base triple and in 2018 the managed assets grew by 300%.