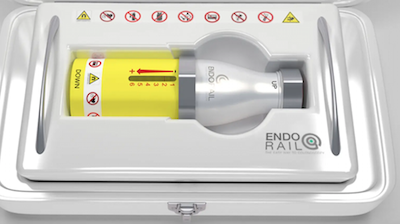 Endostart, an Italian medtech, attracted an investments of 8.2 million euros from HTH (Health Technology Holding), part of Zcube-Zambon Research Venture, Progress Tech Transfer, Eureka! Venture, and LIFTT  (see here a previous post by BeBeez). Endostart’s previous investors Panakès Partners, Estor and A11 Venture also joined the round. Massimiliano Granieri of Progress Tech Transfer and Michele Gaiotto, the ceo of HTH are now parto of the company’s board of directors.

Delimobil Holding, a Russian car sharing company that owns the brands Delimobil, Anytime and Anytime.Prime and that Vincenzo Trani founded in 2015, through its Mikro Kapital investment firm, attracted an investment of 75 million of US Dollars from JSC VTB Capital, part of VTB Group (see here a previous post by BeBeez). VTB Capital acquired 15% of the business. Delimobil previously said that aims to sell a minority ahead of the launch of an ipo in 2022. VTB Capital already signed a partnership with Delimobil for providing leasing facilities for acquiring cars.

Depop, the app for buying and selling online fashion items that Simon Beckerman founded in 2011 and Milan-listed H-Farm developed, was sold to Nasdaq-listed Etsy for 1.625 billion US Dollars (see here a previous post by BeBeez). H-Farm sold all of its interest in Depop in January 2019 for 2.59 million euros and a capital gain of 2.5 million, after after a first partial exit which took place in January 2018, when Depop raised a 20 million dollars round, which had been subscribed by the new investor Octopus Ventures, as well as by some of the previous shareholders, namely Balderton, Creandum, HV funds Holtzbrinck Ventures, Red Circle Investments and Lumar. So the deal had till now generated a return equal to 6x the initial investment, with a total proceeds of 4.57 million and a capital gain of 3.78 million to H-Farm, which thanks to the sale to Etsy and an earn-out clause will then cash an additional 6 million euros in, with a return of 15.5x compared to the initial investment.

On 3 June, Thursday, AideXa, the Italian fintech that Roberto Nicastro and Federico Sforza founded, received a retail banking licence from the European Central Bank (see here a previous post by BeBeez). AideXa aims to hire a further 100 IT and big data professionals by 2022.