Third round of funding for Risparmiosuper.it 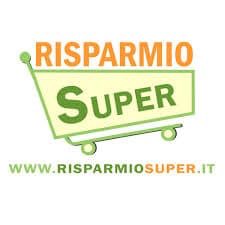 Risparmiosuper.it, an Italian-based web start-up. founded in 2010 by entrepreneur Barbara Labate, and Italo-Israeli online expert Zion Nahum, got its third round of funding of around 500k euro by Filas (a financial investment and advisory company of Regione Lazio) and L Venture Group, an Italian venture capital operator founded by Luigi Capello and listed on the Italian Stock Exchange.
Risparmio Super compares grocery store prices all over Italy, helping consumers save up on their daily shopping, and retailers and brand check competitors prices and shoppers behaviors. Risparmio Super compares today prices in more than 16.000 stores all over Italy, matching 200 large retail supermarket chains.
First financing round was announced in October 2011 and was a 400k financing by LVenture and Zerike Metaventures, the latter with its Ingenium  Provincia di Catania Fund. One year later the company won 460k euro in its second round of funding by a group of business angels.
Today after the third round, RS srl, the owner of Tisparmiosuper.it internet site, is controlled by Zernike Metaventures which owns a 30 pct stake (of which 5 pct is indirectly owned by  L Venture), by LVenture (another 3%) and Filas (12%). Legal support to RS srl was given by Criscuoli & associati, while LVenture wad advised by Bird&Bird law firm.

A 250k euro funding for Memeoirs