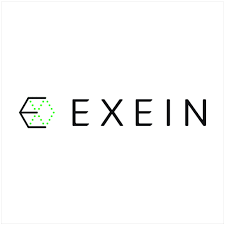 Exein, a startup company with a focus on cybersecurity in the Internet of Things  sector, cashed in a 2 million euros investment round by Italy’s venture capital firm United Ventures (see here the press release).

The new money will be used to support the further development of the product and in particular of the software for firmware security that can operate offline without the need for cloud computing and that integrates directly into the firmware thanks to an optimization of advanced code.

Firmware is a special type of software placed inside a fixed or portable computer, a smartphone, a tablet or any other type of electronic device. with the task of correctly starting the device in question, allowing, at the same time, to make the hardware of the device dialogue with the software.

Founded in July 2018 by Gianni Cuozzo, Exein aims to tackle the enormous security threat posed by smart-connected devices and the vulnerabilities that their firmware entails. Exein is the first company to produce a firmware security middleware software that can be inserted into the hardware to defend it from within, operating directly on the firmware at a deeper level.

Currently, the IoT and the smart-connected platforms are protected and optimized using the latest security standards, but this does not happen for the firmware. Hardware manufacturers are competing to create cheaper components, so they can increase sales, expand their user database and then provide data to profiling companies. As a result, the budget dedicated to the firmware is insufficient (less than 30% of the total budget for each device) and only 1% is dedicated to security, thus leaving a huge margin of vulnerability.

Massimiliano Magrini, co-founder and managing partner of United Ventures said: “We are investing in a talented entrepreneur with proven experience. An analyst in the Nato workshop of the United Nations and nominated for the ‘Innovators Under 35’ award by MIT Italia, Gianni has proved to be excellent in bringing together entrepreneurial and technical skills. We are thrilled to invest in your company and its goal to protect the privacy and security of millions of people around the world “.

Blackstone to sell its Italian retail outlet portfolio to an Asian investor. The deal might be valued over 800 mln euros