While the Morozov Collection is coming back home to Russia, other artworks owned by Russian oligarchs still face big challenges to go on the market 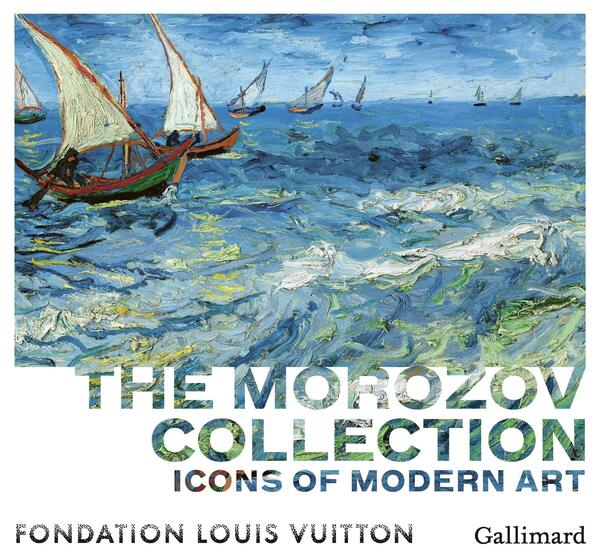 Amid the international sanctions to punish Russia over its bloody invasion of Ukraine, the Morozov  collection including more than 200 prized paintings by Bonnard, Cézanne, Gauguin, Matisse, Monet, Picasso, and Van Gogh is coming back from Paris where it has been on view at The Louis Vuitton Foundation for the show “The Morozov Collection: Icons of Modern Art”. The collection is coming back to Russia’s top museums, as the collection was a loan in France for a blockbuster exhibition. This was what Alexander Makogonov of the Russian embassy in Paris told Bloomberg.

Set to close on February 22, the exhibition had been extended until April 3 due to its popularity. The paintings were on loan from the State Hermitage Museum in St. Petersburg and the Pushkin State Museum of Fine Arts in Moscow, with supplementary works by Russian artists on loan from the State Tretyakov Gallery in Moscow. The show was personally signed off on by Vladimir Putin last September.

Some called on France to seize the collection. However, French law is firmly against such an action. Olivier de Baecque, a lawyer who specializes in art, told Le Figaro newspaper this week that according to the arrêté d’insaisissabilité law passed August 10, 1994, “the French State cannot sequester these paintings, pastels, and sculptures because they are the responsibility of foreign public institutions”

So now the paintings are going out of France without any obstacles but exactly how the artworks will travel back to Russia remains unclear, especially as some European Union countries are calling for even tougher sanctions against Russia following reports of potential war crimes in a Kyiv suburb while many countries have banned flights to Russian airspace and shipping companies like  FedEx  have stopped  services.

Apart this specific situation international sanctions are having tremendous impact on the art world since Russian  oligarchs own hundreds of millions of dollars of artworks and rely on Europe and the rest of the  world to sell them.

Moreover Sotheby’s, Christie’s, and Bonham’s auction houses all called off their sales of Russian art in London in June during the traditional Russian Art Week.

We recall that Vladimir Putin’s art collection is said to be worth as much as $2 billion which he  partially inherited in 2015 from Nina Moleva, the elderly owner of the priceless treasures (see here ArtNet). Boris Rotenberg, a co-owner of SMP Group, Russia’s biggest  construction company for gas pipelines, has also been impacted by sanctions. However, even if Mr. Rotenburg has  faced US sanctions since 2014, he continues to trade in exclusive art: companies linked to the Rotenbergs in fact bought more than $18 million in art in the U.S. between May and November 2014, just months after he was sanctioned by the US Treasury Department in response to Russia’s invasion of Ukraine. So the oligarch bought the René Magritte’s La Poitrine  for $7.5 million and spent millions in other art works purchased  from the famed Sotheby’s auction house.  The purchases, hidden behind an intermediary, were possible because the U.S. art industry is not subject to financial regulation, according to a US Senate report (see here the International Consortium of Investigative Journalists’ Panama Papers investigation). Russian billionaire, collector, and owner of Chelsea Football Club, Roman Abramovich as well has also  faced serious penalties including losing control of  Chelsea FC . He is a famous collector too who spent over  $100M on two pieces by  Lucian Freud and Francis Bacon  in June of 2008.

Russian Banks also hold art collections and invest in art museums. VTB bank has had their UK and US  assets frozen and Alfa-Bank has had debt and equity restrictions imposed by the EU and US.  Alfa Bank’s chairman of the board, Pyotr Aven, is also one of Russia’s most famous art  collectors with collections in the UK and Moscow, but it is unclear how the sanctions have  affected him.

Phillips auction house owned by Mercury group, a Russian luxury fashion retailer, has said they  don’t expect sanctions to affect its operations. The owners, Leonid Strunin and Leonid Friedland  are not included in the list of businessmen whose UK and US assets will be frozen. Phillip’s said  that they do not conduct business with anyone who is subject to these international sanctions.

However major art businesses have  made it clear that they are working to prevent Russian-owned artworks from being liquidated to  avoid sanctions. It doesn’t help that many billionaires chose to store their works in London, New  York, or Switzerland and have dozens of companies under their names to circumnavigate  sanctions. Art houses must be very strict given the detailed anti-money laundering laws in place.  A Christie’s spokesperson said: “We have strict client identification and screening  processes in place as part of our  global anti-money laundering and sanctions compliance programs, and will not permit  individuals or companies who are designated on applicable sanctions lists to transact  with us” (see here ArtNet).

So art houses’ diligence will play a large role in the effectiveness of these international sanctions.  Ultimate beneficiary owners are the people who own or  directly control a company, but they do not need to be directly known as the owner. It is not easy  to hide an owner’s identity in this day and age, but there are many tactics that can be employed  to do so.

Viraaj Dhawan contributed to this article

The Rise of the Rest: How Entrepreneurs in Surprising Places are Building the New American Dream