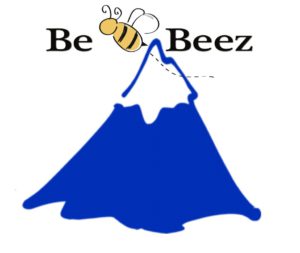 On the individual team front, it is easy to meet entrepreneurs and financiers with large personal assets or their family offices or the holding companies of their industrial groups. In this case, it is a question of investments that have more of an image logic than a financial logic. Or that they have a different objective than the pure management of the football business. Often the goal is the real estate business that can result from the redevelopment of city stadiums.

On the soccer leagues front, on the other hand, traditional private equity funds are deployed, which aim at diversifying risk, investing in the TV rights of a large basket of teams. This is the case of the deal underway on Italy’s Lega Calcio Serie A, with representatives of the Serie A clubs who have approved the offer of the CVC Capital Partners-Advent International-FSI consortium to proceed with the project to set up a media company to which TV rights of the 20 associated clubs will be transferred. As it is well known, the funds are willing to invest 1.7 billion euros to have 10% of the media company (see here a previous article by BeBeez). Moreover as part of the deal last June CVC was said to be studying the launch of an infrastructural fund, which could provide financial support for the creation of new stadiums, for Italian clubs that have planned it or for the renovation of existing stadiums (see here a previous article by BeBeez). The three funds have meanwhile given a mandate to headhunter Egon Zehnder to search for the ceo of the new media company (see Reuters here).

The German Bundesliga has also been working on a similar operation since last November, namely the spin-off of TV rights in a media company whose minority can be sold to funds (see Sportspromedia here). In that case, the deal is smaller: we are talking about an investment of funds for 200-300 million euros on a total value of the newco of just over a billion. The list of interested parties cited by Bloomberg, FT and various other international media in recent weeks is practically the list of the world’s leading private equity funds: Advent International, Apax, Ardian, Apollo, Bain Capital, BC Partners, BDT Capital, Blackstone , Bregal, Bridgepoint, Carlyle, Centerbridge, Cinven, CVC Capital Partners, Endeavor (together with Silver Lake), General Atlantic, Goldman Sachs Principal Investment, IGC, HIG, KKR, Nexicap, Permira, Searchlight, TPG. On the funds desk there is also the dossier of the French Ligue 1: the president Vincent Labrune has in fact announced that the league is studying in turn the project to create a newco that manages the commercial rights. While the Spanish La Liga has already created its newco LaLiga Tech which will manage the commercialization of digital media rights and which is valued at 450 million euros. President Javier Tebas confirmed that he is in talks with many well-known investment funds, including CVC and Bruin Sports Capital (see Sportspromedia here).

Halfway between the two approaches, there are credit funds and hedge funds. Who on the one hand have been interlocutors of the Lega Calcio Serie A and are potential counterparts of the Bundesliga (such as Blackstone, KKR and Apollo Global Management), as an alternative to an investment in the equity of a media company. But on the other hand, they often finance big clubs, eventually becoming the owners of them as happened in the case of Italy’s iconic Serie A soccer team Milan with the Elliott fund, when the Chinese financier Yonghong Li, in 2018, did not repay his debt with the fund (see here a previous article by BeBeez).

Now BC Partners, in the list of Bundesliga suitors, is studying the investment in FC Inter, another Italy’s iconic Serie A soccer team, which is looking for new finance to support the working capital and refinance the 375 million euro bond maturing at the end of 2022 (see here a previous article by BeBeez). The fact that one of the major paneuropean private equity funds is studying the dossier of a single team leaves the scheme outlined above and it will therefore be interesting to see, if the deal goes through, how the fund will manage a business that, precisely, from the traditional international private equity giants is always been seen as too risky. Perhaps even here the real goal is to participate in the business of the new San Siro stadium. And BC Partners launched its real estate platform in 2018.

Also the new San Siro stadium was surely one of the major reasons why Bernard Arnault, owner of the luxury French giant LVMH, had also looked at when he approached Elliott to acquire Milan last year (see here a previous article by BeBeez).

More than €780m in funding for startups in 2020. BeBeez venture capital report

When m&a is done by carving out the company. Great opportunity from carve-outs for funds, but watch out for surprises, warns Alix Partners