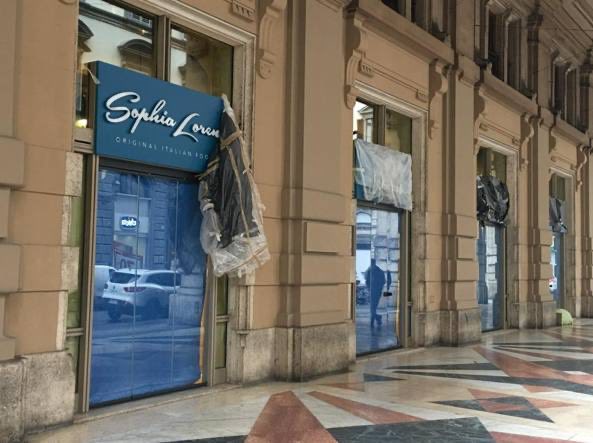 A new adventure in the restaurant&food sector is ready to start by Dream Food srl, a company controlled by the Cimmino and Carlino families, owners of the Pianoforte Holding group, which in turn owns the Yamamay underwear brand (Inticom spa), the Carpisa bags brand (Kuvera spa ) and swimwear for professional swimmers Jaked srl. The chairman of Pianoforte Holding, Luciano Cimmino, told the story to Corriere Economia, adding that the actress Sophia Loren, as an Italian icon on a global level, is involved in the project: “Sophia’s participation is put in black and white, with a six-figure hybrid license agreement. The brand will be Sophia Loren, Original Italian Food: we both have Naples in our hearts, and between a ‘sfogliatella’ and a word, we concluded the agreement. We start from Florence, then with Sophia who is a global icon, we already have Dubai, Miami, Hong Kong or Shanghai in mind. And in Italy we will bring Sophia’s pizza also to Milan and Naples“.

The Corriere della Sera Florence’s edition had already written last February that the operation was in the pipeline, revealing that everything is ready for the opening of the first restaurant of the series which will be in Florence in via Brunelleschi, piazza della Repubblica, a stone’s throw from the Duomo. The project was put on standby last October due to the lockdown for the pandemic. Gianluigi Cimmino, ceo of Pianoforte Holding, had said to Corriere Economia at the time: “We had a project ready to take off at the end of September: with a team of 25 people including cooks, waiters, staff and a room equipped to welcome customers in one of the most beautiful locations in Florence just a step away from the Duomo. But we won’t open. And to say that it had to be the first of a collection of 4-5 restaurant brands dedicated to Sofia (Loren), our new adventure with restaurants with then export it to the world “.

Luciano Cimmino participates in the capital of Dream Food both directly (8%) and indirectly with Restart 1 srl (32.5%), while the Carlino family controls 28% with its Lema Holding, the same vehicle that holds the stake in Pianoforte Holding . The shareholder structure is completed by Sergio Ubaldo, a Neapolitan entrepreneur who has always been alongside the two families; the ceo of Pianoforte Holding, Carlo Palmieri, through his Plus Holding; the architect Ivo Maria Redaelli, who set up the first restaurant; the entrepreneur Nicola Giglio with activities in the watch sector; and the financial company of a professional from Milan.

We recall that Pianoforte Holding is controlled by the Cimmino and Carlino families, respectively with Spartito srl (43.87%) and Lema Holding srl (37.73%) and 10.1% owned by Melville srl, a vehicle which in turn 72.49% is owned by NB Renaissance Parters and 27.39% by Intesa Sanpaolo (through its Luxembourg’s subsidiary Private Equity International sa). While the rest of the capital belongs to Carlo Palmieri and Sergio Ubaldo.

The operation did not go through and Intesa Sanpaolo had then transferred its stake in 2015 to the new vehicle Melville srl, which in turn was bought for 72.49% by NB Reinassance Partners Holding sarl, the private fund equity sponsored by Intesa Sanpaolo and Neuberger Berman (see here a previous article by BeBeez). Intesa Sanpaolo has, however, maintained a 27.39% stake in Melville through Private Equity International sa (see here the 2015 financial statements of Imi Investimenti, a subsidiary of Intesa Sanpaolo at the time).

The Pianoforte group has over 1,200 stores in Italy and abroad and closed 2019 with consolidated net revenues of 320.3 million euros, a negative ebtida of 6.4 millions and a net financial debt of 98.7 millions (source Leanus). Last September 2020, the group holding company secured a 55 million euros loan from a pool of banks, guaranteed by Sace under the Italian Guarantee program (see here a previous article by BeBeez). The pool of banks is led by the parent company Intesa Sanpaolo and made up of UniCredit, Banco Bpm, Banca Monte dei Paschi di Siena, Bnl and Bper Banca. The loan is aimed at guaranteeing the investments made by the company and providing the necessary support to the business of Pianoforte Holding.