Milan-listed energy group Erg closed the session last Friday Jan 22 on the Italian Stock Exchange with a new all-time high at 26.82 euros per share (+ 2.29% from Thursday 21st), after a week of continuous increases, driven by rumors about a coming sale of  hydroelectric and gas sectors’ assets.

Rumors have been chasing each other for some time, so much so that the stock has been steadily appreciating since mid-December 2020, when it was still travelling around 21 euros, but in recent days concrete steps are said to have been taken with the appointment of Mediobanca and Rothschild as advisor of the deal, Il Sole 24 Ore wrote.

Erg operates in the hydroelectric power generation sector through an integrated asset system consisting of 19 power plants, 7 dams, 3 reservoirs and a pumping station, geographically located in the regions of 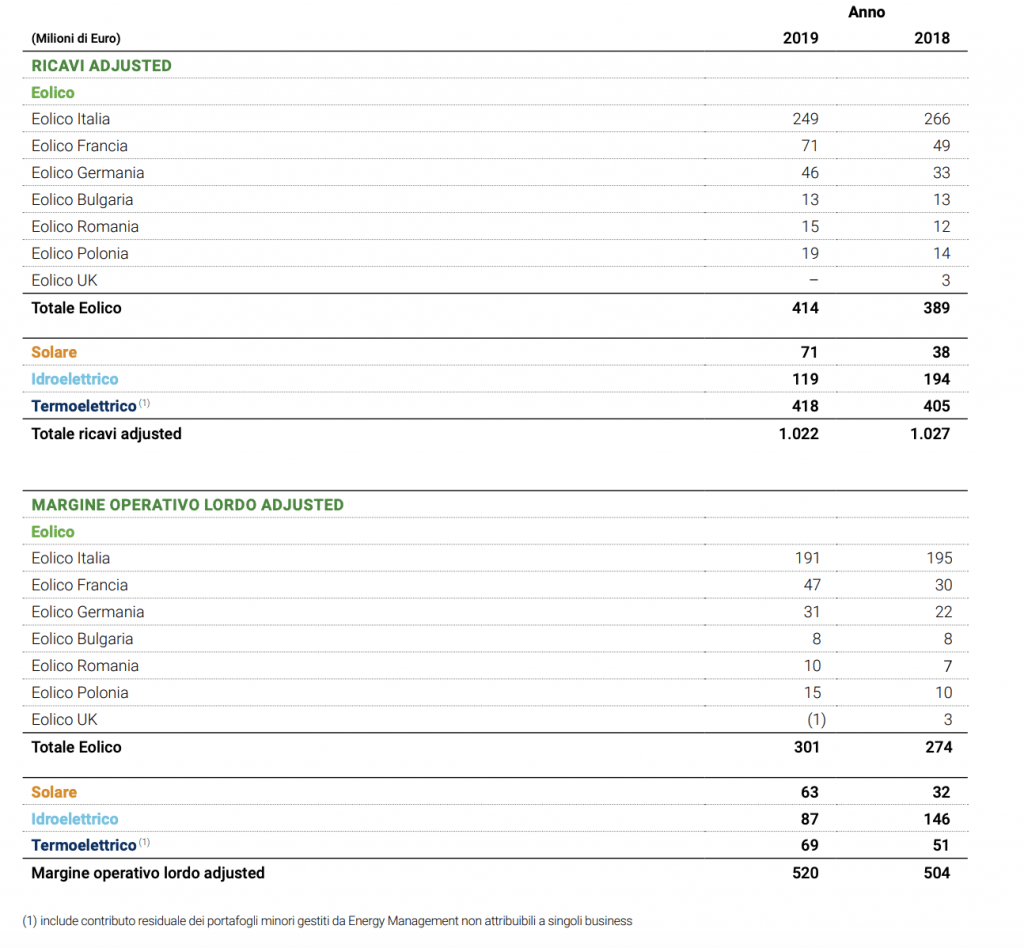 Umbria, Marche and Lazio, connected by a network of rivers and channels of over 150 ErgKm and with an efficient power of 527 MW. As for the production of electricity from thermoelectric sources, Erg is active through the so-called North Central CCGT plant (480 MW) located in the industrial site of Priolo Gargallo (Syracuse) in Sicily. It is a high-efficiency and low environmental impact cogeneration power plant based on combined cycle technology fueled by natural gas, which went into commercial operation in April 2010 together with other ancillary steam production plants and to a lesser extent other utilities. .

The nine-months Erg’s Report for 2020 indicated that at 30 September 2020 the hydroelectric activity had generated 86 million euros in revenues and 58 million in ebitda and that thermoelectric (natural gas) had generated 277 million euros in revenues and 51 millions in ebitda . Erg’s 2019 FY statements, on the other hand, said the group closed the year with revenues of 119 million euros and an ebitda of 87 millions for hydroelectric and with revenues of 418 million and an ebitda of 69 million for gas. Numbers that, according to analysts, would bring the value of the assets for sale to over one billion euros.

Obviously, both industrial entities and infrastructural private equity operators are looking at the dossier. For example, there Italy’s A2A and Enel as well as France’s Engie are said to studying the dossier while among private equity firms, F2i sgr is said to be working at a possibile deal through its portfolio company Sorgenia while Australian asset manager Macquarie Infrastructure is also said to be interested in investing,

The resources obtainable from the possible sale could be used by the Erg group to finance the expansion, through further investments in wind and solar power. We recall that in January 2019 the group bought, through the subsidiary Erg Power Generation spa, a 78.5% stake of Perseo srl, which owns 100% Andromeda PV srl, a vehicle company that owns two important 51.4 MW photovoltaic plants. The seller was a fund managed by Aream, a European asset manager in the renewable energy sector, which had remained a minority shareholder (see here a previous article by BeBeez).

To recover profitability, banks have no choice but to turn to fintech, says the EBA