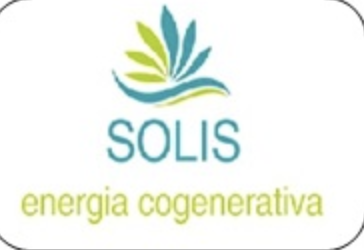 Italy’s foundry business Fonderie Mario Mazzucconi placed the last 5 million of euros tranche of a Vienna-listed minibond worth 15 million due to mature in 2023 with a 6.5% coupon (see here a previous post by BeBeez). Earlier in April, the company placed a 4 million tranche to CA Indosuez Fiduciaria a trustee that acted on behalf of a third-party investor and increased the nominal value of the liability to 10 million. Further investors in this issuance are RiverRock Hybrid Fund and Banca Ifis. The company will invest the raised funds in its organic development. FMM has revenues of 189.7 million, an ebitda of 13.2 million and net financial debts of 52.45 million. Borghesi&Associati acted as financial advisor, Advance sim and Epic Sim assisted the company in finding new investors for the second round of issuance and as the arranger for the placement and listing of the minibond.Bnp Paribas Securities acted as agent bank.

Manutencoop Facility Management, the Italian facility management firm, rebranded as Rekeep after the company completed a reverse merger with its parent company CMF (see here a previous post by BeBeez). CMF previously issued a Milan-listed bond of 360 million of euros with a 9% coupon due to mature in 2022 that now will be in the name of Rekeep. The merger was the final step of a shareholders’ reorganization which saw the minorities (a consortium of private equity firms and other financial investors) selling their 33% stake to Manutencoop Società Cooperativa, the ultimate parent company of Manutencoop Facility Management.

Axactor Italy (former CS Union), the Italian subsidiary of Oslo-listed Axactor, signed with three banks three forward flow agreement of tenure of at least 12 months (see here a previous post by BeBeez). These portfolios have unsecured consumer credits worth 140 million of euros. Massimiliano Ciferri, ceo of Axactor Italy, said that the company is going to carry on further transactions of this kind. Earlier in January, the firm acquired a portfolio of NPLs of 80 million, while last year in December it purchased a portfolio of consumer unsecured NPLs amounting to 90 million.

Solis, an Italian renewable energy company that belongs to Elaris Holding, listed on Milan a green bond worth 5.4 million that will mature in June 2036 and pay a floating rate coupon  (see here a previous post by BeBeez). Foresight Group subscribed the liability through Italian Green Bond Fund that last year closed a first fundraising round of 70 million ahead of a target of 200 million. The list of investors includes the European Investment Bank together with Italian and foreign family offices and financial firms. The fund committed to invest as much as 80 million euros in bond issues by Elaris Holding to fund the group’s projects in the renewable energy sector.

GS Industry, an Italian logistic company, listed on Milan stock market a 3 million of euros minibond that will mature in December 2021 (see here a previous post by BeBeez). The liability has an amortizing structure for a reimbursement that will begin on 31 December 2019 and will pay a 4.35% coupon. Banca Finint acted as the arranger. GS Industry, has revenues of 18.6 million (13.7 million in 2016), an ebitda of 1.44 million, and net financial debts of 3.5 million. The company will invest the proceeds of such an issuance in its organic growth.