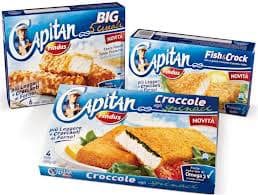 Permira tries it again and studies the divestment from Iglo Foods (former Birds Eye Iglo), the British group which in 2010 bought Findus brand’s  Italian operations in the frozen food sector for 805 million euros.

After a major debt refinancing was closed in the last few days, Permira is studying a listing of Iglo Foods on the London Stock Exchange by the end of the year (read here an article by the Sunday Telegraph).  Advisors will be the same who supported Permira in the refinancing, that is to say Deutsche Bank, Credit Suisse and Nomura.

Debt refinancing was on 1.726 billion euros of senior banking lines (download here the press release). The new debt structure for the group led by Italian ceo , Elio Leoni Sceti, is made by banking facilities in euro and pounds maturing in 6 years and a 500 million euro bond maturing in 6 years too.

Two years ago Permira refused to sell the group to Blackstone and BC Parnters funds for 2.5 billion euros and tried to refinance its debt for paying itself an extra-dividend of 500 million euros. The refinancing failed at first, but next October Permira tried againwith success, paying itslef at the end a 319 million euros dividend.

Blackstone and BC Partners’ offer was a little lower than the 2.6-2.9 billion euros range it was rumoured to be the fund’s expectation. That value was 8-9x year 2011 ebitda of 325.8 million euros. That year Iglo had revenues of  a1.571 billions and a net financial debt of 1.41 billions.