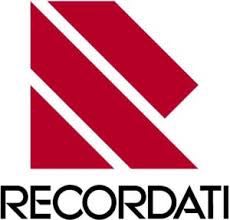 Private equity firms make the headlines of the financial press with expensive take overs of private and listed companies.

CVC Capital Partners, PSP Investments, and StepStone will pay 28 euros per share, 3.03 billion, or an equity value of 5.8 billion for a 51.8% stake of Recordati, the Italian pharmaceutical company that belongs to the eponymous family (see here a previous post by BeBeez). The Recordatis will receive 2.3 billion at the closing of the transaction and further 750 million in long-term subordinated debt instruments . The ceo Andrea Recordati will keep his role in the company. Once achieved the authorization of antitrust authorities, CVC will launch a mandatory tender offer to the remaining minority shareholders. The deal will be partly financed by a bank consortium made by Deutsche Bank, Credit Suisse, Jefferies, and Unicredit.

Bain Capital Private Equity acquired Italmatch Chemicals, an Italian chemical company, from financial sponsor Ardian which acquired the asset in 2014 from Mandarin Capital Partners (67.6% owner) and the Malacalza Family on the ground of enterprise value of 220 million of euros (see here a previous post by BeBeez). The company’s ceo Sergio Iorio kept 12% of the business together with the management. Mandarin and the Malacalzas acquired Italmatch Chemicals from Investindustrial in November 2010 for an enterprise value of 100 million. According to market roumours,  Italmatch was of interest also to Germany’s peer Lanxess and private equity firms Kkr, Cinven, Rhone Capital, and Platinum. According to further rumours, Bain Capital might have paid the asset on the ground of an enterprise value of 700 million.

In the last ten years, Fondazione Enasarco, the pension fund of sales agents, invested 840 million of euros in private equity firms as well as in investors in infrastructures and private debts (see here a previous post by BeBeez). Italian infrastructure fund F2I is one of the sponsors in which Enasarco invested.

NB Renaissance Partners acquired 81% of Uteco Converting, a producer of machines for flexible packaging  (see here a previous post by BeBeez). The company’s ceo Aldo Peretti, the cfo Simone Quinto, will hold 9% of the business together with other managers, while the Chivilo will keep a 10% stake. Uteco has revenues of 127 million of euros and an ebitda of 11.8 milioni, for an enterprise value in the region of 150-200 million. Uteco was of intere salso to financial firms Capvis and Trilantic, and of packaging firm Coesia that was working on an bid together with Peninsula.

Mosaicoon, the Sicilian scaleup owner of a technology platform for the production of videos, bankrupted (see here a previous post by BeBeez). Ugo Parodi Giusino founded the company in 2009 after having received few investments from Vertis Venture and Atlante Ventures Mezzogiorno (an investment firm of Intesa Sanpaolo). However, the company could not raise further financing.

Rino Mastrotto Group, an Italian tannery company, hired Banca Imi for finding an investor (See here a previous post byBeBeez). The company is worth in the region of 300 million of euros and attracted interest from private equity firms Alpha, Ardian, Kkr, NB Renaissance, and CVC Capital Partners,  which could merge Rino Masrtrotto with its portfolio asset Pasubio. RMG has revenues of 250 million of euros and last year issued a 12 million minibond due to mature in 2023. The liability will pay reimbursements from 2020 with an amortizing structure. Banca Finint acted as arranger for the issuance.

British private equity Attestor Capital tabled a non-binding offer for Condotte, the troubled Italian contractor that has banking debts of 461 million of euros while total liabilities amount to 767 million (see here a previous post by BeBeez). However, Condotte’s creditors  (Unicredit, Intesa, Banco Bpm, Mps, Banca Ifis, and others) asked Attestor, which in Italy has a co-investment agreement with financial firm Oxy Capital, to sweeten its offer. The list of Condotte’s potential buyers includes Pillarstone Italy and Arrow Global. The Italian contractor belongs to the family Bruno Tolomei Frigerio and has revenues of 1.3 billion, an ebitda of 98.3 million, and net profits of 12,4 million. However, Condotte could not cash a huge part of its credits.

Nicolaus, a tourism and travel group that belongs to brothers Giuseppe and Roberto Pagliara acquired Valtur brand for 3 million of euros  (see here a previous post by BeBeez). Nicolaus, based in Ostuni, has revenues of 80 million of euros and a5.5% ebitda margin, but by the next three years it aims to generate sales of 150 million and an ebitda of 8%.

Pronovias, the Spanish producer of dresses for brides that belongs to private equity firm BC Partners, acquired Italian competitor Nicole Fashion Group (see here a previous post by BeBeez). Carlo Marco Cavallo (ceo of Nicole), Alessandra Rinaudo and Luigi Cavallo, sold their shares in the target company that has revenues of 28.5 million of euros and aims to generate revenues of up to 60 million by 2022.

Carton Pack, the Italian producer of packaging for the food industry, sold a majority stake to Italian financial firm 21 Investimenti(see here a previous post by BeBeez). Carton Pack, based in the area of the southern Italian city of Bari, generates abroad 30% of its sales which are in the region of 80 million of euros and plans to carry on acquisitions.

Eni Norge, the Norway’s subsidiary of Italian energy giant Eni, merged with Point Resources and rebranded as Vår Energi for operating in the field of oil exploration and drilling in Norway (see here a previous post by BeBeez). Point Resources belongs to private equity HitecVision, which invests in oil and gas. Last year, Point acquired Norway’s activities of ExxonMobil. Eni will have 69.6% of Vår Energi while HitecVision will hold 30.4% of the business. The companies expect to sign a closing by the end of 2018.