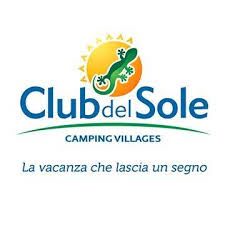 DentalPro, the Italian chain of dentistic surgeries that BeBeez Private Data is monitoring, acquired the majority of Swiss peer Cliniodent (see here a previous post by BeBeez). Klaus-Uwe Busch, the target’s founder, will hold a minority of the business. Michel Cohen, DP’s ceo, said that the company may generate sales of above 200 million of euros by the end of 2019. The company has current sales of 129.7 million (+18% yoy) and an ebitda of 28.7 million (+65%). Cliniodent ebitda is in the region of 3 million. DentalPro belongs to BCPartners, that in May 2017 acquired a controlling stake of the business from Vam Investments and Summit Partners. In July 2017 Club degli Investitori acquired a minority of DP.

Milan listed investment firm NB Aurora acquired 40% of Club del Sole, a company of the camping-village sector (see here a previous post by BeBeez). Club del Sole will launch a capital increase for funding new acquisitions. Emisys Capitalsold the minority stake of the company that acquired in 2015. The Giondi Family founded Club del Sole in 1974. The company has sales of 38.4 million of euros and an ebitda of 5 million, and this year it foresees to generate revenues of 42 million with a pro-forma ebitda of above 12 million. Club del Sole is one of the companies that BeBeez Private Data is monitoring.

Q Group, the financial firm that Alessandro Binello and Walter Ricciotti, (the former chairman and ceo of Quadrivio Capital) founded, launched Industry 4.0, an investment platform for supporting the digital transformation of Italian SMEs (see here a previous post by BeBeez). Industry 4.0 set a fundraising target of 300 million of euros and achieved its first closing worth 80 million, while the second step is at 150 million for early 2019. The management team will invest 2% of this amount. The list of executives includes managing partner Roberto Crapelli, previously chairman and ceo of Roland Berger Italia, and the investment director Pietro Paparoni. Roland Berger (founder of Roland Berger Strategy Consultants), Lodovico Camozzi (chairman of Camozzi Group), Valerio De Molli (ceo of The European House of Ambrosetti), Piero Ferrari (vice-president of Ferrari), and Carlo Pelanda (vice-president of Q Group) are part of Industry 4.0’s senior advisory board. Industry 4.0 will act as strategic investor for new business models in the fields of digital technologies, 3D printing, internet of things, data sharing, digital marketing and cyber security.

Xenon Private Equity acquired and merged Emmeti, Mectra, Sipac, and Logik  for creating EMS Group, a packaging and logistic player (see here a previous post by BeBeez). Sources said to BeBeez that Xenon will acquire 100% of Emmeti which in turn will buy 100% of Mectra, Sipac, and Logik. Giovanni Ronconi (ceo of Mectra and of EMS Group), Corrado Azzali (ceo of Sipac and coo of EMS), and Paolo Biondi (sales director) will hold 5% of EMS. Banco Bpm acted as lead arranger for financing this transaction together with Banca Ifis, Banca Imi, and MPS Capital Services. EMS has sales of 115 million with an ebitda in the region of 14 million and without any debt. For 2018, the company expects to generate revenues of 125-130 million, an ebitda in the region of 14 million and no debt. Franco Prestigiacomo managing partner di Xenon PE, said that the fund will support EMS plans for M&A and organic growth. EMS Group is one of the companies that BeBeez Private Data is monitoring.

Investindustrial is holding exclusivity talks for acquiring a majority stake in Italcanditi, an Italian producer of sweets (see here a previous post by BeBeez). Ergon Capital and Stirling Square also tabled a bid for Italcanditi, which belongs to theGoffi Family. In 2016, the company unsuccesfully hired Sinergetica, a boutique investment bank that Alessandro Ermolli heads, for selling a majority stake on the ground of an enterprise value of 170 million of euros. In 1998, French spirits producer Pernod Ricard acquired 54% of Italcanditi from the Goffi Family, which acquired back the stake in February 2001. The company previously attracted interest also from Riverside and Idea Taste of Italy. Italcanditi has sales of 105.7 million, an ebitda of 18.1 million di ebitda, and generates cash for 9.8 million. According to Investindustrial, Italcanditi is worth 280 million.

Cedacri and Cerved are competing head to head for acquiring Oasi, a provider of solutions for banking compliance, from Nexi (see here a previous post by BeBeez). Oasi’s enterprise value is worth 160-170 million of euros. Cedacri is one of the companies that BeBeez Private Data is monitoring.

SPACs raised 4 bn euros since 2011 in Italy and invested more than 2 bn. Here is where they are going