After having advised on the Pisa Calcio deal, Tifosy is now supporting BC Partners on FC Inter acquisition 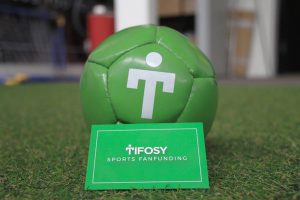 After having closed the deal on the Italian soccer team Pisa Calcio last week (see here a previous article by BeBeez), the team of the British sports crowdfunding platform Tifosy is working on the FC Inter‘s dossier,Il Sole 24 Ore writes, adding that  private equity firm BC Partners is said to have hired as advisors in the negotiations with Suning (the controlling shareholder FC Inter) the co-founders of Tifosy, Gianluca Vialli (a legend of Juventus, Sampdoria and Chelsea soccer teams) and Fausto Zanetton (specialist in the media, tech and sport sectors in Goldman Sachs and Morgan Stanley), together with Marco Re, former financial director of Juve and today head of the Italian branch of Tifosy.

As  it is well known, Inter is looking for fresh capital to support working capital and in the future to refinance the 375 million euro bond maturing at the end of 2022 (see here a previous article by BeBeez). BC Partners has been in exclusive talks since the end of December 2020, while the Swedish fund EQT, the US private equity firms Americans Arctos Sports Partners and Ares Management Corporation and the Singapore sovereign fund, Temasek Holdings, are also studying a possible deal.

Returning to Tifosy, we recall, as mentioned above, that the company had joined Alex Knaster, the Russian Jewish financier and founder of Pamplona Capital, in the acquisition for 12 million euros of a 75% stake of Pisa Calcio (AC Pisa) from the Ricci and Paletti families. The remaining 25% of AC Pisa, on the other hand, remained the property of the Ma.Gi.Co holding held by the Corrado family.

The Knaster-Vialli-Zanetton trio had already made headlines for the attempted purchase of Sampdoria soccer team together with James Gerard Dinan (the founder of York Capital), in August 2019 (see here a previous article by BeBeez) but the negotiation was then shipwrecked. We recall that in December 2020 the Genoa-based club received an offer of 110 million euros from a mysterious investor (see here a previous article by BeBeez). Vialli, Dinan and Knaster had also negotiated for Parma Calcio in December 2019, which then after various other unsuccessful negotiations was sold to theUS entrepreneur Kyle Krause, who bought 90% of the capital and 99% of the shares of Progetto Stadio Parma srl, the company committed to the modernization of the Tardini stadium (see here a previous article by BeBeez).

To recover profitability, banks have no choice but to turn to fintech, says the EBA