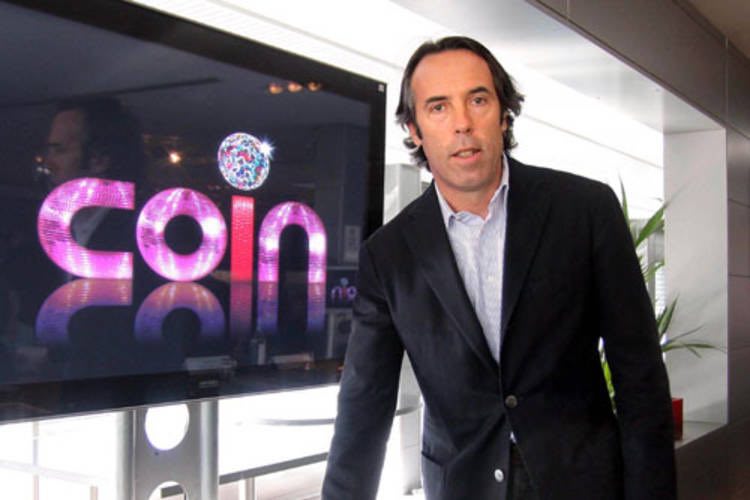 New Spacs and private equity deals spiced up Italian market also this week. BCPartners sells Coin spa, the Italian retail chain, to Centenary, a SPV under which the company’s chief executive officer Stefano Beraldo grouped his backers for this buyout and in which holds a minority (see here a previous post by BeBeez). A 25% stake of Centenary belongs to 23 executives of the company, while stakes ranging from 5% to 15% is of Italian entrepreneurs Alessandro Bastagli (Lineapiù and Shanghai Thang), Enzo de Gasperi (Edg), Giorgio Rossi (real estate), Jonathan Kafri (Sicem and luxury hotels), and a Swiss Family Office. Last year in May BCPartners (owner of 80.5% of the company) and co-investors Investindustrial (4.56%) and Ontario Teachers Pension Plan (13.68%) hired Rothschild to sell Coin of which managers had 1.245%. Further than equity, these shareholders invested also convertible, non-convertible debt and PIKs of Coin for amounts that have not been proportional to their equity holding. Investindustrial acquired piks for 57.5 million of euros. In April 2013, Coin launched a capital increase of 53.8 million. Coin has sales of 400 million, ebitda of 12 million, 10 million of cash, in light of these figures, the company’s enterprise value is in the region of 70 million of euros. However, BCPartners still keeps its stake in OVS, a listed Italian retail chain that has a market capitalization in the region of 1.23 billion of euros and in which Coin has a stake of 18% that could be soon up for sale according to market rumours.

Milan’s Aim-listed Glenalta, a Special Purpose Acquisition Company (Spac), announced that it would merge with CFT spa, a producer of industrial machinery for the food & beverage sector (see here a previous post by BeBeez).  CFT generates abroad 90% of its sales worth 200 million of euros , has an ebitda of 19.7 million and net financial debt in the region of 30 million. Luca Giacometti, Gino Lugli, Stefano Malagoli, Silvio Marenco, Lorenzo Bachschmid and Dario Di Iorio launched Glenalta after having raised 98 million. The Catelli family founded CFT and owns 90% of it, while chief executive Alessandro Merusi owns 10% of the business. Glenalta will buy from the current shareholders a 10.4% stake of CFT and will subscribe a capital increase worth 88 million that will allow listing 51.51% of the business. CFT equity value is of 96. 5 million, or 6.2x ebitda. However, CFT’s current shareholders will hold governance power with up to 63.3% of voting rights. Once completed the merger of Glenalta and CFT the board composition will be: Roberto Catelli (chairman), Alessandro Merusi (ceo), Livia Catelli, Adele Catelli, Martino Pozzi, Gino Lugli, Stefano Malagoli (board members), Stefano Rossi and Daniele Raynaud (independent board members). Shareholders of the merged entity will receive 3 free warrants every 10 shares.

Swiss Kora Investments raises its stake in Italy’s fashion firm Rifle & Co to 55% (see here a previous post by BeBeez). Kora acquired 44% of the asset last year in June and signed for a call option that decided to convert in equity. In 2016 posted sales of 21 million of euros.

HomeGroup and Casa.it, the Italian real estate marketing company that since December 2016 belongs to London’s Aim listed private equity Oakley Capital, acquired the majority of Crédit Expert, a brokerage and financial consultancy firm based in Luxembourg (see here a previous post by BeBeez). Buyers will change the target’s name with atHomeFinance. Oakley acquired HomeGroup and Casa.it from Sidney-listed Rea Group and supported the managers for buying a 20% stake in the company on the ground of an enterprise value of 132.6 million of euros. Alex Collins, a partner of Oakley, said to BeBeez that HomeGroup and Casa.it posted revenues of 38.2 million of euros (+10% from 34.7 million in 2016) with an ebitda of 11 million (+ 65% from 6.6 million). The online comparison sites for consumer finance and utility services Facile.it and Mutui.it, improve their sales and marginality respectively by 25% and 30% every year. In 2014, Oakley acquired 75% of Facile.it, which in turn acquired Mutui.it in April 2016.

Patriot National Bancorp (PNB), the financial firm listed on Nasdaq,  announced the acquisition of Hana Small Business Lending (HBSL) from Hana Financial. PNB is of Fidia Holding, the investment firm of the Arengi Bentivoglio Family, since 2010. HSBL is an integrated platform for issuing and handling loans to SMEs (see here a previous post by BeBeez). After such acquisition, PNB will have assets for 1 billion of dollars. Michael Carrazza, a former Goldman Sachs banker, is the ceo of PNB and heads also Solaia Capital, a company that invests in private capital.

Life Care Capital (LCC), the first Italian Spac with a focus on healthcare and pharma, raised 140 million of euros and launched its ipo on Milan’s Aim (see here a previous post by BeBeez). Alessandra Gavirati, a partner of Italian private equity Synergo that previously  worked for BS Private Equity and Sopaf, is the ceo of Lcc; Carlo Castellano, founder of Italian producer of medical devices Esaote, will be the chairman of LCC. Further promoters and investors in such initiative are Jody Vender, founding partner of financial firm Sopaf; Luigi Sala, cofounder of BS Private Equity and chairman of Charme; and Alessandro Piga, one of the founders of Techwald holding, a medtech investment company. Alberto Dalmasso, founder of payment tool Satispay, will be an independent board member. The spac will will give 5 warrant every ten shares that will cost 10 euros each. Those who will subscribe the IPO will receive 2 further free warrants. Lcc will buy minorities of majorities of pharma and medtech companies with an equity value worth 150-500 million.

Garda Plast, an Italian producer of Pet packaging for the food and hygiene sectors that belongs to Italian private equity Progressio, acquired Italian competitor Ifap spa, which also produces corks for pharma. Credit Agricole Cariparma, and Banco BPM financed the transaction (see here a previous post by BeBeez). Pietro and Marco Bruseschi, Ifap’s former owners, reinvested the proceeds of the sale in a stake of Garda Plast. Massimo Cutolo and Garda Plast founders Amos and Luca Tonoli also invested in the merged entity.  Progressio acquired 70% of Garda Plast last year in July together with the Tonoli brothers that held 30% of the asset. In 2016 Garda Plast generated sales of 41.6 million, an ebitda of 5.5 million, and net financial debts of 14.9 million. Further portfolio companies of Progressio are Gens Aurea, a jewellery company, Giorgetti, a luxury furniture producer, and Industrie Chimiche Forestali (ICF), a producer of chemical products for the footwear, automotive and packaging sectors. ICF listed on Milan stock market after a merger with  Spac EPS Equita PEP. Progressio sgr belongs to managers Filippo Gaggini, Angelo Piero La Runa, and Nino Mascellaro . The firm is currently fundraising and aims to achieve 225 million.

Prestinuova, the consumer finance company that belongs to Banca Popolare di Vicenza (BPV) is of interest to Chinese conglomerate CEFC China Energy Company that recently acquired Farbanca, the bank for pharmacy shops that belonged to BPV (see here a previous post by BeBeez). Deloitte, the advisor in charge of handling this sale, set the 9th of March, Friday, as the deadline for binding offers. Further consumer finance companies that are attracting interest from private equity firms and industry peers are Multicredito and Apulia Prontoprestito. Last year in December, Chenavari Investment Managers acquired Creditis from Carige. Last year in July, Palamon Capital and Dea Capital sold their stakes in Sigla Credit and in Sigla Collection to Alchemy Special Opportunities. Last year Seer Capital Management, a financial investor based in the US, supported manager Massimo Minnucci to delist Mediocredito Europeo (MCE) from Paris Marche Libre. Seer Capital now owns 99.32% of Mce.

Italmatch Chemicals, the Italian chemical company that belongs to private equity firm Ardian, acquired from Nyse-listed Ecolab the Chinese competitor Jiayou Chemical, based in Changzhou area. After such  acquisition, the Italian company will generate revenues of 400 million of euros. Since 2016 Italmatch concluded several acquisitions including USA’s Detrex Corporation and Compass Chemical International, Brazilian Sudamfos do Brasil, French Magpie Polymers, assets of Solvay. Ardian acquired Italmatch Chemicals in 2014. Market rumours say that the firm may auction the asset in the second half of this year on the ground of expectations of 600 million. (si veda altro articolo di BeBeez). (See Here a Previous post by BeBeez)

Italian mid-market private equity Progressio sgr acquired 65% of Save the Duck, the Italian animal-friendly fashion brand, on the ground of an enterprise value of 65 million of euros (see here a previous post by BeBeez). Progressio both a 51% stake from investment veichle Alchimia spa and 14% from Nicolas Bargi, the company’s founder that will hold 35% of the business. Last year Save the Duck generated sales of 31.5 million and an ebitda of 7.2 milioni, while for this year it aims to generate revenues of 36 million and a 24% ebitda. Bargi explained that further to wholesale distribution, the company will invest in monobrand shop and e-commerce.

Valtur, the Italian tour operator of financial firm Investindustrial, applied for receivership (see here a previous post by BeBeez). The company will have up to 120 days for drafting a plan that may relaunch the business and handle its debts of 70 million of euros. Last year Valtur generated revenues of  85 million with a loss of 80 million. Investindustrial acquired themajority of the business for 100 million from Orogroup, a financial firm that belongs to Montenegro family Ljuljdjraj, which kept a minority. Investindustrial committed to investing 100 million for developing the business. Last year in November, Valtur sold to Cassa depositi e prestiti (CDP)  three resorts based in Marina di Ostuni (Bari), Marilleva (Trento), and Pila (Aosta). CDP acquired the assets for 43.5 million through real estate fund FIT, on the ground of Valtur’s commitment to relaunch the business. Valtur acquired these three resorts from Prelios in 2016, while Investindustrial invested in the company.