For the first time, DentalPro, the Italian dental clinic chain, invests abroad and announces the acquisition of the majority of Cliniodent, a Swiss group that owns three dental clinics in Lucerne, Thun and Zug and will shortly open two future clinics. The acquisition is part of the group’s broader development plan, which will bring DentalPro’s presence in Switzerland to twenty clinics over the next three years (see here the press release).

The founder, Klaus-Uwe Busch, will still own a minority stake in Cliniodent and will continue to manage the clinical and organizational aspects of the company, which in the short term will maintain its brand, while benefiting from the know-how and synergies of DentalPro. The transaction was assisted by White & Case for the legal aspects and by Ernst & Young for the financial aspects.

In parallel the strong development continues on the domestic front: in 2018 DentalPro has inaugurated 21 clinics in Italy for an investment of over 10 million euro and plans to open another 25 in 2019, going to invest over 12 million euro.

Under the leadership of ceo Michel Cohen, DP Group spa, the group owning the DentalPro brand, expects to exceed  200 million euros in consolidated revenues at the end of 2019. The group ended 2017 with  129.7 millions in revenues (+ 18% from 2016) and an ebitda of 28.7 millions (+ 65%) after investing 13.7 millions (+ 46%) in the year. The ebitda of Swiss Cliniodent is around 3 million this year. Today DentalPro is a group of over 150 professional dental centers, owned both in shopping centers and in major cities.

Following the change of control, DP Group spa had refinanced its debt, repaying in advance its 80 million euros bond (70 millions plus a following 10 million euros increase of the size, see here the  Notice of Redemption) originally maturing in June 2023, listed on the Vienna Stock Exchange and underwritten by Pemberton Asset Management and Muzinich funds to support the acquisition of Giovanni Bona Dental Clinics in 2016 (see here a previous post by BeBeez). 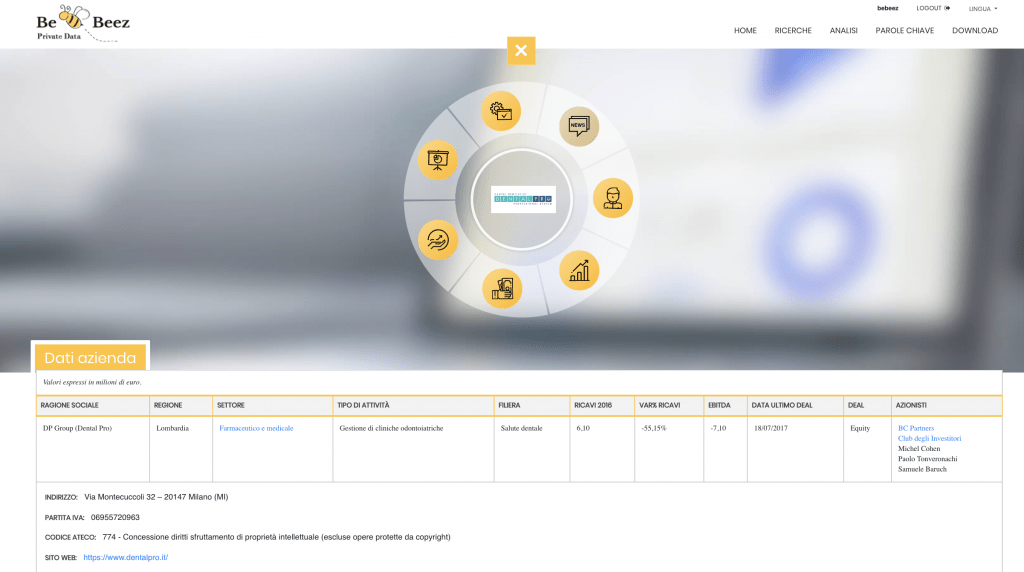