byValentina Magri
in Data&Analysis, Private Equity, Private equity, venture capital and private debt data in the world, Venture Capital
A A
Share on FacebookShare on Twitter 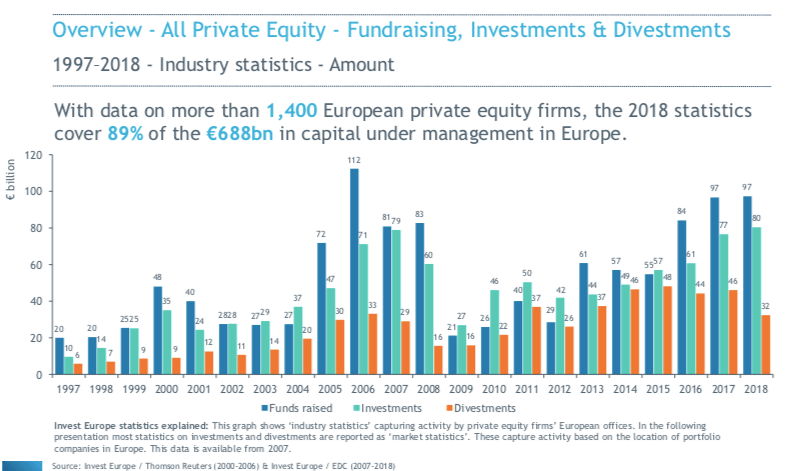 The investments of private equity and venture capital funds in Europe reached 80.6 billion euros in 2018, the highest ever level recorded by Invest Europe, the European association representing private equity and venture capital funds, in addition to that their investors. The new data were presented yesterday and are contained in the European Private Equity Activity 2018 report which also states that in 2017 investments had stopped at 77 billions. Also the fundraising activity remains very strong, replicating again in 2018 the approximately 97 billion euros of 2017, a figure which is second only to the peak of 112 billions raised in 2006. 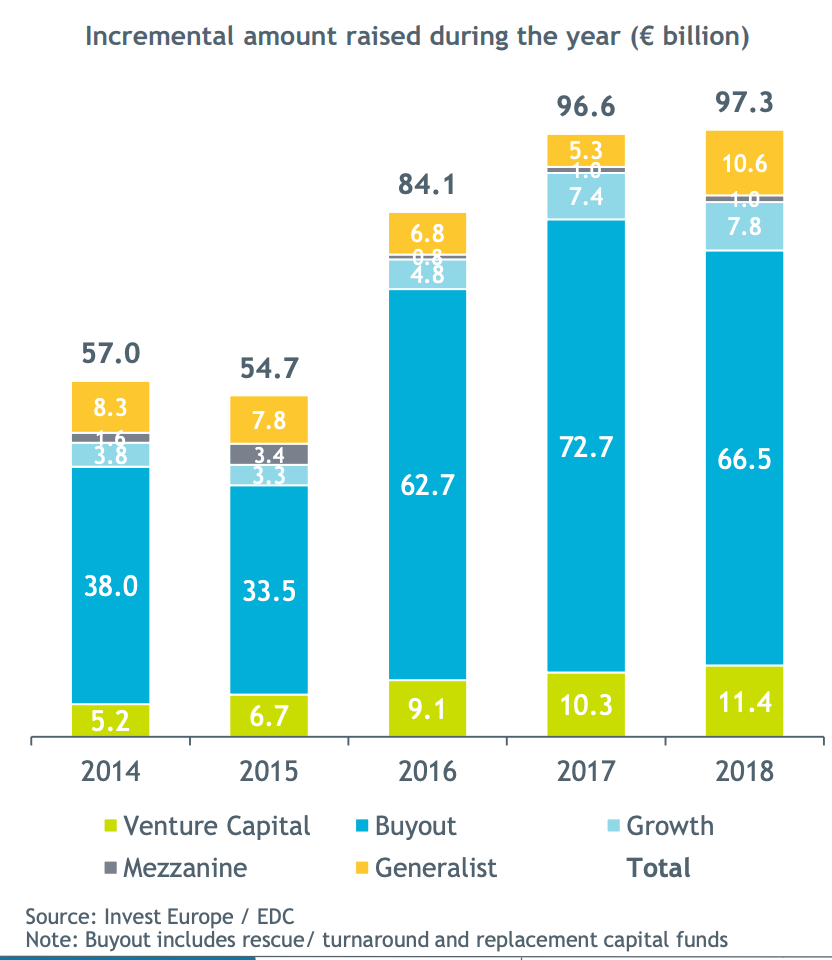 On the fundraising front, the funds that announced total or partial closings were 581, of which 229 were venture capital funds and 108 buyout funds. A total of 374 management companies, of which 174 specializing in venture capital, announced partial or final closings of their funds in 2018. Most private equity funds (101) manage less than 100 million euros and only 17 have assets in excess of one billion. As usual most of the funding in terms of volumes went to buyout funds (66.5 billions), although in 2018 the percentage was reduced (from 72.7 billions in 2017). Venture capital funds, on the other hand, increased funding to 11.4 billions (from 10.3 billions). 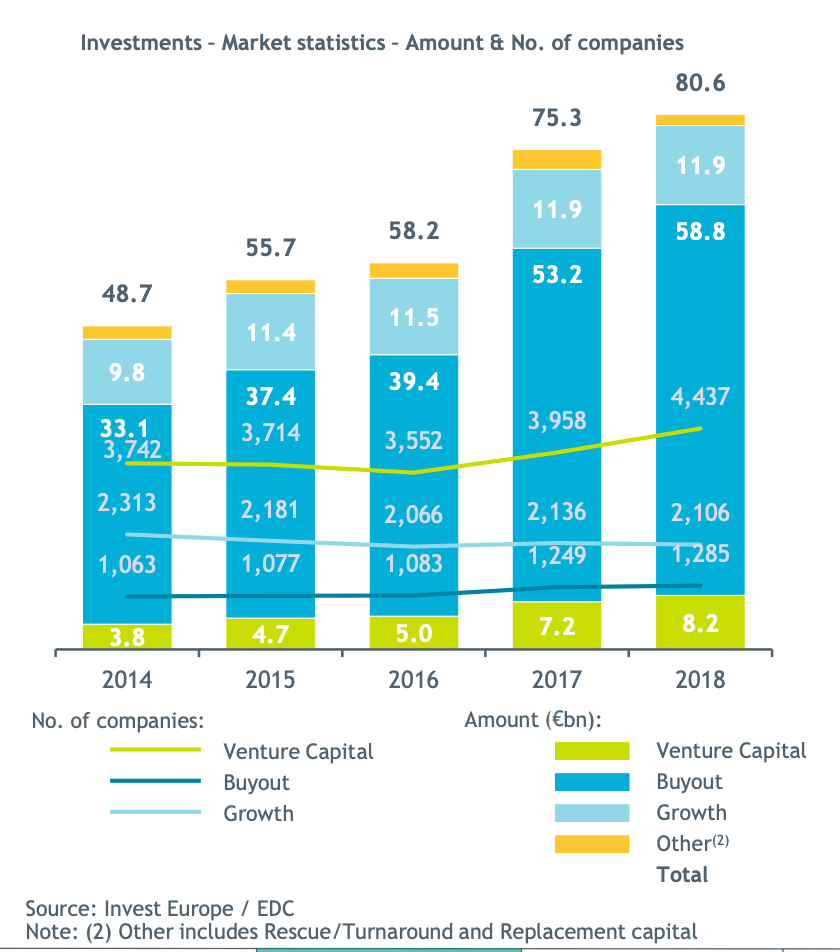 Returning instead to investments, the 80.6 billion euros went to over 7,800 companies, of which 86% are SMEs. Of this total, 8.2 billions were invested by venture capital funds (from 7.2 billion in 2017) spread over 4,400 companies. The ICT sector was the sector that most attracted venture investments (47% of the total), followed by biotech and healthcare (28%) and consumer goods and services (9%).

“European risk capital is mature thanks to a combination of strong returns, a growing number of start-ups in the technology and life sciences sector, and a series of high-profile exits, including the listing of the streaming service “Spotify music and the sale of the iZettle mobile payment platform. There are strategic buyers and open markets around the world for high-quality European start-ups,” said Nenad Marovac, chairman of Invest Europe. “The result is a growing appetite among global institutional investors, who see European risk as the way to invest in some of the most dynamic and entrepreneurial companies in the world”.