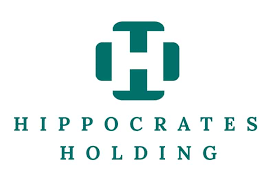 Private equity funds are targeting Hippocrates Holding spa, a Milanese company that owns a network of over 120 private pharmacies concentrated in the regions of central-northern Italy and in particular Lombardy, Veneto and Emilia-Romagna.
According to Mergermarket reports, the company has given a mandate to enhance the company to Mediobanca and a foreign investment bank, as well as to the lawyers of Latham Walkins.
Hippocrates Holding could be worth 350 million euros. The company boasts a 2019 turnover of over 200 million euros, about 40 million ebitda and more than 600 employees of which more than 300 pharmacists. Now the goal is to bring the number of pharmacies in the portfolio to 200 in two years and therefore essentially double the turnover, maintaining a margin of 20%.
Hippocrates Holding was founded in 2018 by two young entrepreneurs, former managers of the financial world: Davide Tavaniello and Rodolfo Guarino. Tavaniello is a former director of UBS and Guarino a former manager of Carlyle. The project has since raised around 50 million euros in capital from investors. The shareholders of the holding include: the private equity firm DVR Capital, led by Carlo Daveri, which has about 10%; the Notarbartolo-Marzotto families with another 10%; a group of investors represented by Antonio Tazartes (formerly Investitori Associati) with 7% and other well-known names in finance and entrepreneurship such as Paolo Colonna (formerly Permira), Gerardo Braggiotti, Lorenzo Manca, the Riello and Alessi families, Paolo Pizzarotti, Paolo Barilla, Marco Drago (De Agostini group), Michele and Enrico Catelli (Chicco-Artsana), Alberto Recordati, Nerio Alessandri, Giuliana Benetton with her husband Carlo Bertagnin and daughter Franca, Michele and Giovanni Gervasoni, Franco Moscetti and Gianandrea De Bernardis (Cerved group).
Among those interested in the dossier are said to be private equity firms such as EQT, Permira, Pai and Investindustrial, but above all of F2i. In November 2018, in fact, F2i signed its first deal in the sector, buying the control of Farmacrimi, the Rome-based group to which 12 pharmacies and 14 parapharmacies belong, as well as a company active in the wholesale distribution of drugs, controlled by Vincenzo Crimi from Messina (see here a previous article by BeBeez).
But remember that there are two other focused players on the Italian market. On the one hand, Milan-listed Banca Profilo last November launched Apotek, a club deal to take over 40-50 pharmacies concentrated in cities in Northern Italy. To finance the project, a holding company (Neo Apotek) was set up in which a capital increase of up to 30 million will be carried out in two rounds of funding (see here a previous article by BeBeez).
On the other hand, last June Cooperativa Esercenti Farmacie signed an agreement with the private equity fund Vgo Capital Partners to acquire pharmacies in Italy (see here a previous article by BeBeez). In detail, CEF and Vgo Capital will together constitute a new vehicle with which they will invest in pharmacies. CEF, based in Brescia, is the first cooperative by market share and the second player in the pharmaceutical distribution in Italy. With almost 2,000 members and more than 6,000 pharmacies served every day, it has a thousand employees and has two networks in its portfolio that add up to more than 1,500 pharmacies associated with the FarmaciaINsieme and + bene brands. From 1 January 2017 to date CEF has already acquired 23 pharmacies, 10 of which in 2019, all through Holding Farmacie srl. CEF currently owns over 30 pharmacies located mainly in Lombardy, including the 12 municipal pharmacies of Brescia.
Pharmaceutical retail sector is at the center of a strong concentration process in Italy. Law 124 of 04.08.2017 (OJ No. 189 of 14.08.2017) revisited the provisions relating to the control structure of pharmacies in some fundamental elements. In particular, the following are envisaged: 1) the possibility of the entry of a joint stock company in the ownership of the private pharmacy; 2) the removal of the limit of four licenses held by an identical company; 3) the abolition of the subjective requirements for participation in companies that manage pharmacies; and 4) the possibility that the management of the pharmacy managed by a company is also entrusted to a pharmacist who is not a partner. All elements that, despite the presence of a limit of 20% control of pharmacies in the same region, push towards the concentration of the sector and attract the interest of international groups and private equity funds (see here a previous article by BeBeez).