Czech property developer Radovan Vitek signed an agreement with Unicredit at the end of December to take over three real estate companies, part of the distressed former Parnasi group. Among these, there is also Eurnova, the company that owns the area where the new Tor di Valle stadium in Rome will be built by AS Roma soccer team,MF Milano Finanza wrote, adding that Mr. Vitek will buy Capital Dev, Persitalia and Eurnova for 300 million euros.
The transaction is part of a larger project on which Vitek is working with Unicredit and which had been anticipated by MF Milano Finanza at the end of last November. Unicredit is in fact exposed overall to the Parnasi group for about 500 million euros. In particular, Capital Dev has 300 million euros in bank debt, followed by Parsitalia (200 million) and Eurnova (30 million).
Vitek, who owns personal assets worth 2.5 billion dollars, is the head of CPI Property Group, a real estate operator that has a portfolio of European assets (337 properties in the Czech Republic, Germany, Poland, Croatia, Hungary, France, Slovakia , Romania, Switzerland and Italy) worth 7.9 billion euros with an occupancy rate of 94.6%,
AS Roma will have control of the land on which the new stadium and retail area will be built (20k square meters), while Mr. Vitek is interested in the 140k square meters to be developed for the business park and offices part. The knot of the 300 million euro of urbanization costs remains to be resolved, to be shared between the entrepreneur and the team. Meanwhile, Mr. Vitek has already met the representatives of the Rome municipal government led by major Virginia Raggi to confirm the interest in the Tor di Valle area, with the municipality who is in favor of the transfer of ownership of the real estate companies and the final departure of entrepreneur Luca Parnasi.

Vitek has not yet spoken to Dan Friedkin, who is about to buy AS Roma from James Pallotta. Friedkin is a distributor of Japanese brand Toyota cars in 5 states across the US through 154 dealers. He has a personal fortune estimated at 4.2 billion dollars. Mr. Pallotta today controls the soccer team through AS Roma spv, which in turn is directly and indirectly managed by Raptor Capital Management. At yesterday’s price of 0.64 euros on the Italian Stock Exchange, AS Roma had a 400 million euros market cap. According to MF Milano Finanza,

Mr. Friedkin put 750 million euros on the plate for the soccer team, including 272 millions in net financial debt and a 130 million euros capital increase. On August 8, AS Roma in fact listed a 275 million euro senior secured bond on theThird Market of the Wiener Stock Exchange (see here a previous article by BeBeez). The bond loan, which was issued by the subsidiary ASR Media and Sponsorship spa, expires on August 1, 2024 and pays a coupon of 5.125%. The bond refinanced the team’s debt versus Unicredit and Goldman Sachs.

AS Roma had been targeted by the Qatari sovereign wealth fund, Qatar Investment Authority (QIA), which in April 2019 had offered 550 million euros for the company, but the talks had come to nothing because then James Pallotta was said to be asking for as much as one billion euros (see here a previous article by BeBeez). 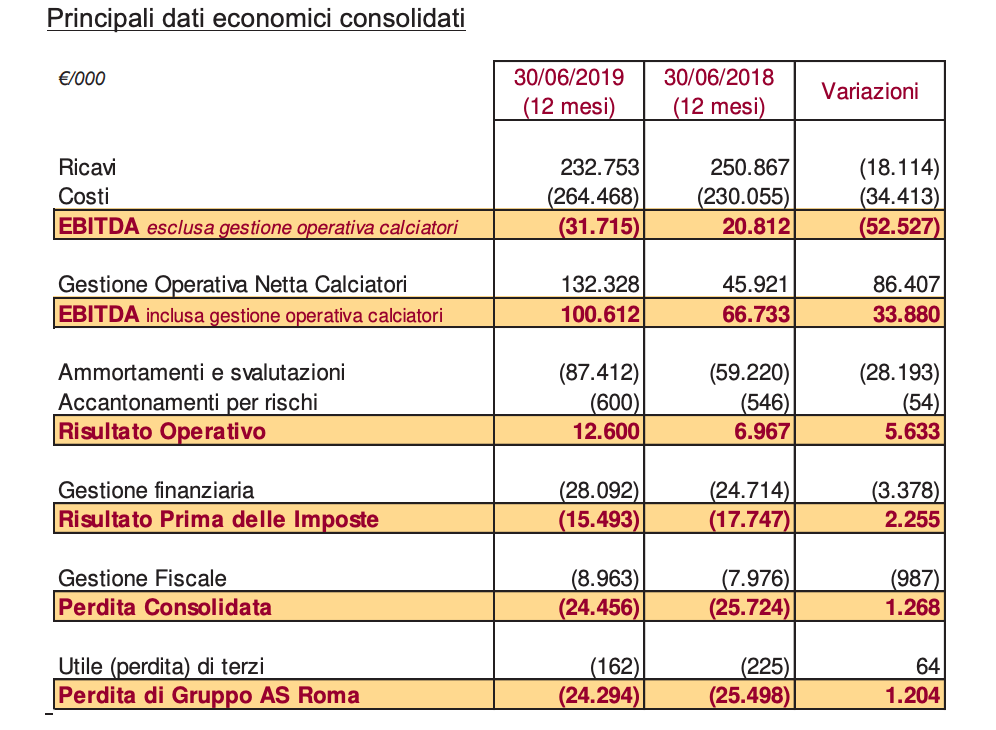