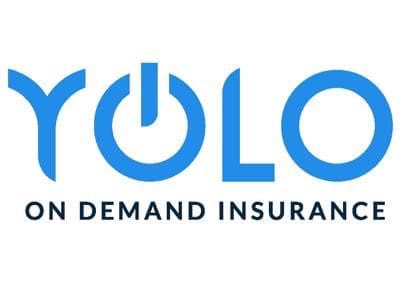 Yolo, the first Italian group of services and digital insurance brokerage, announced a new funding round worth 3 million euros. The round was led by Neva Finventures (the corporate venture capital of the Intesa Sanpaolo banking group), already a shareholder of Yolo, and Intesa Sanpaolo Vita, a new shareholder, who entered with a 2.5% stake. The round was also attended by Primomiglio sgr (already a shareholder of Yolo), Banca di Piacenza, Be Shaping the Future and CRIF (see the press release here). In the deal EY supported Yolo.
Yolo is the first Italian Insurtech player provinding fully digital micro-insurance and on-demand insurance, with a proprietary web and mobile channel with which it carries out direct and indirect distribution through partners. The company offers on-demand policies, which can also be activated in real time by smartphones and which currently cover travel, goods, people and health with micro, pay per use and traditional solutions. It is also a technological enabler that offers traditional operators technological solutions for the end-to-end management of the sales process.
The startup was founded in 2017 by Simone Ranucci Brandimarte, founder of Buongiorno and Glamoo (pioneering company in mobile commerce, then sold to Seat Pagine Gialle) and chairman of Digitouch (among the major Italian companies in digital marketing applied to mobile, listed at the AIM Italia market), together with the managing director Gianluca de Cobelli (former manager of CartaSì, Amex, EY and Reply) and Mansutti spa, an historic Italian insurance brokerage company (see here a previous article by BeBeez). In the two-year period 2018-2019 Yolo defined partnerships with SAS, primary banks (for example, Intesa Sanpaolo Group, CheBanca! And Banca Ifis), insurance companies (for example, Intesa Sanpaolo Assicura, Zurich, Genertel, Helvetia and Net Insurance) and retailers , also operating in the sharing economy.
The capital increase will allow Yolo to further consolidate its position in Italy and Spain, through the development of new digital solutions and new distribution partnerships. The round was opened last October, with the aim of raising up to 20 million by the first quarter of 2020 (see here a previous article by BeBeez). But evidence is that Covid-19 complicated things and for the moment the fundraising  was stopped at 3 millions.
It was the fourth round of financing for Yolo. Previously, in October 2017, the first million-round had involved Barcamper Ventures (managed by Primomiglio sgr), Miro Ventures and Mansutti (see here a previous article by BeBeez) while in 2018 Yolo had announced that it wanted to close a 6 millions round by July (see here a previous article by BeBeez) then postponed until early 2019, with Barcamper who in the meantime had in any case financed a second round for another million. In January 2019, the startup then raised the other 5 million euros in a Series A round of financing led by Neva Finventures and Barcamper Ventures. Net Insurance and Miro Ventures also participated in the round (see here a previous article by BeBeez). In total, therefore, to date the startup has raised 10 million euros from investors since the start of the business.
About the last round, Nicola Maria Fioravanti, ceo of Intesa Sanpaolo Vita, head of the insurance division of the Intesa Sanpaolo Group, said: “The partnership with Yolo has a strategic value for the entire insurance division, which intends to take advantage of the the potential of insurtech to strengthen its offer, increasing the use of contracts and digital channels, and forms of instant insurance. With the same objective, a permanent laboratory for experimenting with digital innovation will be created at the same time “.
Gianluca De Cobelli, co-founder and ceo of Yolo Group, commented: “The confidence that we have been given by investors confirms the interest in the growth potential towards insurtech and is a stimulus to continue on the development path. We believe that our business model, based on new consumption habits and access to online services, can be even more productive in the current scenario, characterized by the greater sensitivity of people and companies to protection from risks and the need of the players in the insurance market to develop the digital offer “.