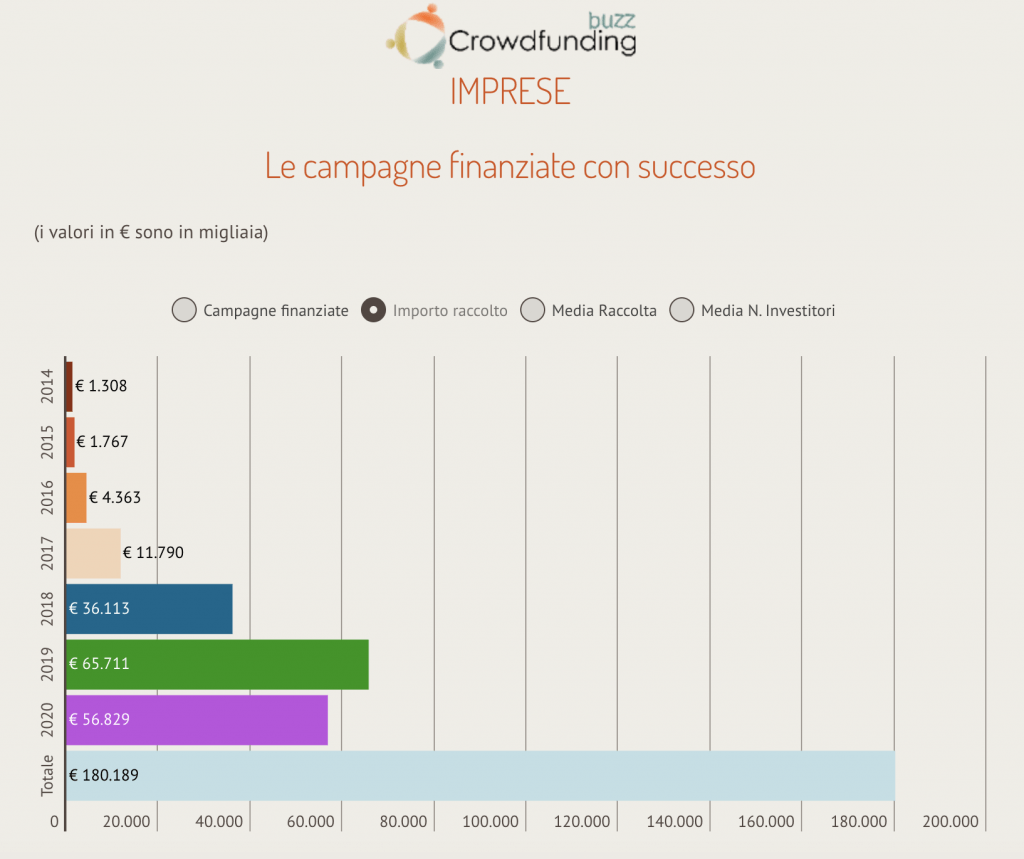 The London-listed inventory monetization firm Supply@Me Capital announced that the company’s controlling shareholders 1AF2 and The AvantGarde Group (both being controlled by Italian entrepreneur Alessandro Zamboni,  ceo and founder of Supply@Me) are going to acquire a bank in Europe with the support of a financial co-investor (see here a previous post by BeBeez). The target bank must issue financing facilities of 8 billion euros in 5 years for the initiatives of Supply@Me in Italy, the UK, the Middle-East and the US. Mr. Zamboni recalled all that last 30 September during its speech at a panel of the Milano Finanza Digital Week, moderated by Stefania Peveraro, the Editor in Chief of BeBeez and chairman and founder of EdiBeez srl (see here the video of the panel).

The peer to peer lending platform Prestiamoci raised 6.6 million euros for its organic development since it had started activity back in 2013 (see here a previous post by BeBeez). The company is also going to carry on a 60 million euros securitization  in order to finance lending on the platform. Milan-listed incubator Digital Magics invested in Prestiamoci in 2013 through a seed round of 550k euros and in 2014 it poured 450k euro. In 2015, Prestiamoci attracted 2 million eurosfrom Innogest (lead investor), Banca Sella holding , Club Italia Investimenti 2, and other domestic and international investors, while in 2017 and 2019 raised two more rounds,  worth 1.6 and 2 million euros respectively, from existing shareholders. Daniele lOro, ceo and founder of Prestiamoci told the story during its speech at the already named panel of the Milano Finanza Digital Week moderated by Stefania Peveraro, the Editor in Chief of BeBeez and chairman and founder of EdiBeez srl (see here the video of the panel). Mrs. Peveraro also moderated a discussion about the about venture capital investments in the fintech sector in Italy (see here the video of the panel)

Ebury, a British fintech scaleup that provides corporate services for international money transfer, joined Nexi Open, the open banking ecosystem of Milan-listed paytech Nexi (See here a previous post by BeBeez).  Daniele Gabbai is the Head of Strategic Partnerships & Alliances of Nexi while Mauro Miotto is the Global Head of Partnerships of Ebury. Since November 2019, Ebury belongs to Banco Santander, who paid 400 million euros for a 50.1% stake. The company will invest 80 million of such proceeds in its expansion in Latin America and Asia. The bank foresees to achieve a RoIC of above 25% for this investment.

Italian proptech Casavo acquired Realisti.co, an Italian provider of virtual visits of houses (see here a previous post by BeBeez). Edoardo Ribichesu and Mikel Amilburu founded the target in 2015. Realisti.co has sales of 0.276 million euros with an ebitda of 0,088 million. The Report Venture 2019 of BeBeez, is available for the subscribers to BeBeez News Premium who have access to the BeBeez Reports and Insight Views. The monthly subscription fee is 20 euros per month plus VAT (or 240 euros per year plus VAT). The subscription to BeBeez Private Data Combo grants access to BeBeez Private Data, a database that includes the financials of more than 1700 Italian companies that belong to private equity, venture capital and private debt investors, and allows to access BeBeez News Premium for a monthly fee of 110 euros plus VAT (or 1320 euros plus VAT per year). Students can subscribe to BeBeez News Premium for 15 euros (VAT included) for the first month and renew the subscription monthly. Please click here or write to info@edibeez.it for further information about the subscription procedure.

Intesa Sanpaolo launched Elite Digital Lounge 2020 (EDL), the financial acceleration programme for startups (see here a previous post by BeBeez). The tv show B-Heroes shortlisted the 19 startups that will join EDL for 2 years and will get access to integrated services and a network of domestic and international investors and professionals.

BioEquity Europe, an event for global venture capital investor and startups in the European biopharma sector, will take place in Milan in May 2022 (See here a previous post by BeBeez). Valerio De Molli, managing partner and ceo of The European House – Ambrosetti, and Graziano Seghezzi, a managing partner of Sofinnova Partners, made the announcement after having supported Milan application. Dublin will host BioEquity’s edition for 2021.

Milan-listed incubator Digital Magics and Lazio Innova launched Magic Wand Acceleration Program for digital fast growing sustainability startups, an acceleration programme for Lazio’s startups operating in the fields of Agritech, Medtech, Edtech, Smart City, Mobility, Energy, Space-Tech, and Supply Chain (See here a previous post by BeBeez). Such programme aims to support startups that may help businesses in recovering from the Covid-19 turmoil. On 16 November 2020, 20 shortlisted startups will be able to pitch their projects to potential investors and 10 of them will be able to join the three-months acceleration programme. In January 2021, 6 startups will receive a 0.175 million euros investment award and further support for the business.

Nexi stock down 5.75% yesterday after private equity funds sold another 13.4% stake in the Milan-listed paytech