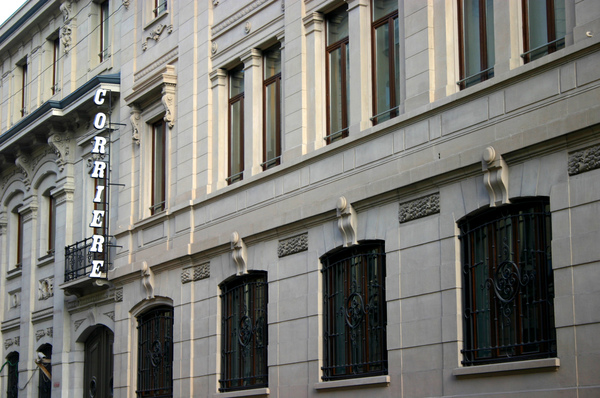 An English versione will be available soon

The dispute between Italy’s publisher RCS Mediagroup spa and US private equity giant Blackstone finally ended last week. The dispute was relating to a 2013’s transaction which had led to the sale and simultaneous lease of the RCS’s real estate complex in Milan in via Solferino 28-via San Marco 21-via Balzan 3, which includes the headquarters of iconic Corriere della Sera newspaper and the Milan office of Cassa Depositi e Prestiti, the Italian National Promotional Institution, for 120 million euros with a lease-back contract of 10.4 million euros per year (see the press release here).

The agreement was reached at the end of last week and provides that RCS will buy back, at a price of 59.9 million euros, the building in Via Solferino, the historic headquarters of Corriere della Sera, part of the property complex that is the subject of the dispute, and also involves a reciprocal waiver of all legal actions, with RCS paying a contribution of 10 million euros to the expenses incurred by Blackstone. Back in 2013 the building in via Solferino was valued at 30 million euros, while the one in via San Marco had changed hands for 66 millions and the one in via Balzan for 24 millions (see here the press release of the time).

At that point the ball was passed to the Supreme Court of the State of New York, which in a hearing scheduled for July 25 would have had to decide whether or not it had the jurisdiction to restart the fund’s maxi-cause for compensation in the US asking for over half a billion euros to the publishing company and Mr. Urbano Cairo himself. In fact, we recall that Blackstone in November 2018 had sued RCS to the New York Court (see here the filing to the Court) saying that, if Allianz had renounced the purchase, Blackstone was ready to ask for compensatory and punitive damages also for the damage to its image. immediately. Blackstone then filed a brief of over 30 pages claiming damages of up to 100 million dollars. Threshold that could have risen further (see here a previous article by BeBeez), as it was then: in June 2021, in fact, following the arbitration decision, Blackstone had filed an overall compensation request against RCS and its reference partner Urbano Cairo for 600 million dollars (over 560 million euros), of which 300 million dollars for the non-resale of the property to Allianz and another 300 millions in related damages. On April 24, 2019, however, the New York Court suspended the proceedings instituted there by the Blackstone funds, pending the outcome of the arbitration in Italy (see Reuters here).

Urbano Cairo, chairman and ceo of RCS, commented: “We are pleased to have reached a settlement agreement with Kryalos and Blackstone on all pending disputes and for the opportunity to repurchase the historic headquarters in Via Solferino. We accept the decisions of the Arbitral Tribunal and the Court of Appeal, which ascertained the correctness of the actions of Kryalos and Blackstone and the absence of wrongdoing or bad faith in relation to the 2013 transaction. Consequently, RCS acknowledges that Blackstone or Kryalos did not engage in any unfairness and regrets the inconvenience caused by the dispute. Finally, we thank Dr. Claudio Calabi for his contribution to the achievement of this agreement “.

Paolo Bottelli, managing director of Kryalos, declared “We have always been sure that we have acted professionally and in the best interest of our shareholders, and we are satisfied with the positive resolution of this dispute”. Blackstone stated, “We are grateful to the Milan Arbitration Board and the Milan Court of Appeal for confirming that Blackstone has operated in a totally correct manner in relation to the 2013 purchase. We are pleased that this dispute is now resolved for the benefit of our investors”.