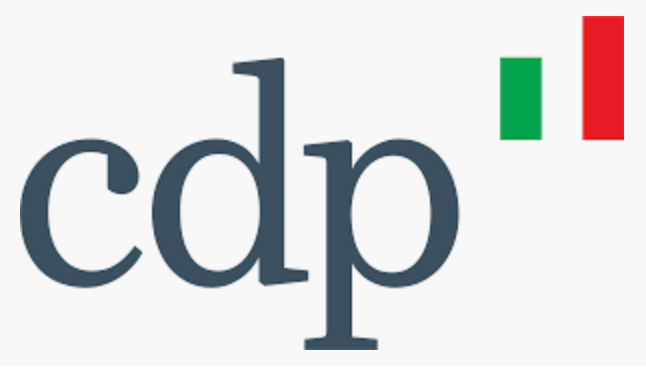 Basket Bond Italia, a 150 million euros programme that Banca Finint structured and for which CDP and MCC act as subscribers, launched its 47.5 million euros first tranche (see here a previous post by BeBeez). Elite – Borsa italiana scouted and selected the companies, while the European Investment Bank’s European Warranty Fund provided a 90% guarantee for each issuance and up to 35% of the total tranche. The issuants are Antonio Carraro (a producer of agricoltural machinery), Novation Tech (a manufacturer of components in carbon fibre and composite materials for cars, aircraft and bicycles), Telebit (a system integrator for tlc networks), Industrial Cars (a dealer of industrial and commercial vehicles), Futur Box (a packaging company), Innovaway (an IT system integrator), Netcom Engineering (an IT company), Patrone e Mongiello (a company specialising in cold forming of steel sheets for the automotive industry), and Graded (a provider of integrated solutions for energy). Each company issued a six-years minibond.

Lucart, the Italian paper producer that owns the brands Tenderly and Tutto, received a six years loan of 101.4 million euros with the warranty of SACE from Unicredit, BNL BNP-Paribas, Banco BPM, BPER Banca, Crédit Agricole Italia, Intesa Sanpaolo–Divisione IMI Corporate & Investment Banking, and MPS Capital Services (see here a previous post by BeBeez). Legance acted as legal advisor to the lenders. The loan is split in four facilities, two of them are sustainability-linked aimed at supporting the implementation of ESG and circular economy strategies.

Wise Equity announced the acquisition of a 55% of One Tag, a London-based digital advertising company (see here a previous post by BeBeez). Daniel Pirchio, Gianmario Ricciarelli and Arnaldo Resega, the company’s founders, will reinvest in acquiring 45% of the business. Banco BPM financed the transaction with Equita’s private debt fund, which subscribed a mezzanine facility. OneTag is born in 2015 and has sales of 18 million euros.

Banca MPS issued two Advance Payment Bonds (APBs) of 6 and 4 million euros for which SACE provided a warranty (see here a previous post by BeBeez). Permare, an Italian shipyard that belongs to the Amerio family, subscribed the APBs for financing the construction of a commercial pleasure craft intended for the foreign market.

Cattel, a distributor of food and no-food products for the Ho. Re. Ca. sector, received from Unicredit a green loan of 6.5 million euros with the warranty of SACE (see here a previous post by BeBeez). The company will invest such proceeds in its organic growth and in reducing its CO2 emissions. The loan is part of the Finanziamento Futuro Sostenibile. Cattel will pay a lower rate for the loan upon the achievement of ESG targets.

Comerio Ercole, a producer of industrial machinery, received a 3 million euros loan from Banco BPM out of the 5 billion worth programme Investimenti Sostenibili 2020-2023 for supporting the sustainability strategy of Italian SMEs (see here a previous post by BeBeez). Comerio Ercole will invest such proceeds in reducing its CO2 emissions and investing in improving further the health and safety of its workers.

Dubai-based Hawk – Eye DMCC, and Fondo per la salvaguardia dei livelli occupazionali e la prosecuzione dell’attività d’impresa, a vehicle that Invitalia manages on behalf of the Italian Ministry of the Economic Development (MISE), acquired a 44% of Titagarh Firema, an Italian producer of railway components, through the subscription of a capital increase (see here a previous post by BeBeez). The target belongs to the Chowdhary family through India’s Titagarh (87.65%) and Shivaliks Mercantile Private Limited (12.35%). Firema has sales of 66 million euros, an ebitda of minus 6 million, losses of 8 million, equity of 20.8 million, and a net financial debt of 81.7 million. Invitalia and Hawk – Eye DMCC will subscribe two capital increase of 20 million. Firema will issue share of cathegory A, B, C, and D and will belong to Titagarh (56.06%; shares A and D), Invitalia (30.3%, shares B, 10 million investment), and Hawk (13.64%, shares C, 4.5 million). Firema’s equity will be worth 33 million for an enterprise value of 118 million.

Ghigi 1870, an Italian producer of premium pasta, subscribed a debt restructuring agreement with its financial lenders with the support of its shareholders Milan-listed BF, and Consorzi Agrari d’Italia (See here a previous post by BeBeez). Ghigi retained Grimaldi Studio Legale as counsel. Giovanardi Studio Legale assisted the creditors. Angelo Cisotto, the founder of Ergon young Stp, validated the plan. Ghigi belongs to Consorzi Agrari d’Italia (40.59%), BF (21.65%), Pasta Zara (14.94%), Società Italiana Sementi (10.15%), Ocrim (8.2%), and other agricoltural consortia. Earlier in July, the company launched a 3 million euros capital increase. Sources said to BeBeez that BF and CAI subscribed the capital increase and poured a further 3 million as a payment in advance for a future capital increase. BF and CAI also issued a shareholders loan for allowing Ghigi to pay back 50% of mid and long-term leasing debt. Ghigi has sales of 22.2 million, an ebitda of 1.7 million and a net financial debt of 19.4 million.