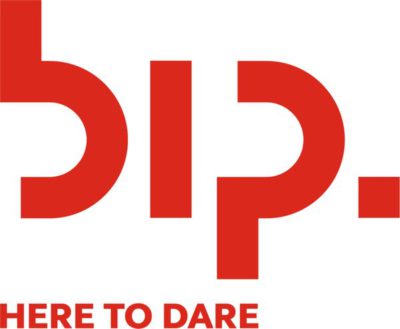 Founded in 2004 and with over 150 professionals, Monticello Consulting Group specializes in consulting in the field of financial services and boasts some of the largest banks in the world among its main clients.

BIP, founded in 2003, supports companies in the research and adoption of technological solutions necessary to expand abroad. The company now employs over 3,500 people globally, active in Italy, England, Spain, Turkey, Brazil, Belgium, Switzerland, Austria, United States, United Arab Emirates, Chile and Colombia. With the acquisition of Monticello Consulting, BIP enters the US market and will be able to strengthen its vertical consulting in the field of financial services, with a specific focus on the capital market.

The acquisition of Monticello Consulting Group is just the latest in a series. In July 2020 BIP had won the auction for the control of the English competitor Chaucer, put up for sale by the original shareholders of Chaucer and by the UK private equity fund Growth Capital Partners (GCP), which had been an investor in the company since February 2014 through the vehicle GCP Fund III and that reinvested for a minority in BIP (see here a previous article by BeBeez). Then, in December 2020, Chaucer acquired the UK-based ICT consulting company Medley Business Solutions (see here the press release of the time), while before, in March 2020, BIP had acquired Vidiemme Consulting srl, a Milan-based company that develops digital projects innovation in the web, mobile and new technologies, also operating in San Francisco with the subsidiary VDM Labs (see here a previous article by BeBeez). Thanks also to the acquisitions, in 2020 BIP had increased its pro-forma turnover by 31% compared to 2019, to 315 million euros.

We recall that the proceeds of the bond had refinanced the bridge facility of a similar amount previously disbursed by BNP Paribas, Crédit Agricole CIB, IMI-Intesa Sanpaolo and UniCredit Bank to acquire BIP. The same banks had also granted Bach Bidco a 48.5 million euro revolving credit facility. Last September, however, the disbursement of a PIK loan at the level of Bach Holdco spa was announced, which had been subscribed by Tikehau Capital (see here a previous article by BeBeez). At the time, the amount of the loan was not disclosed, but the prospectus of the bond now reads that it is 40 million euros. We recall that CVC took over control of BIP from Apax France last year, valuing it around 720 million euros (see here a previous article by BeBeez).

(Article modified on Feb 23rd at 8.00 pm – 30 mln $ are the revenues of Monticello Consulting Group not the deal value as Corriere Economia wrote)

Club deal of private investors led by Boston Celtics’ co-owner Stephen Pagliuca to buy a 47% stake in Italy’s Atalanta soccer club. On the basis of a 400 mln euros EV