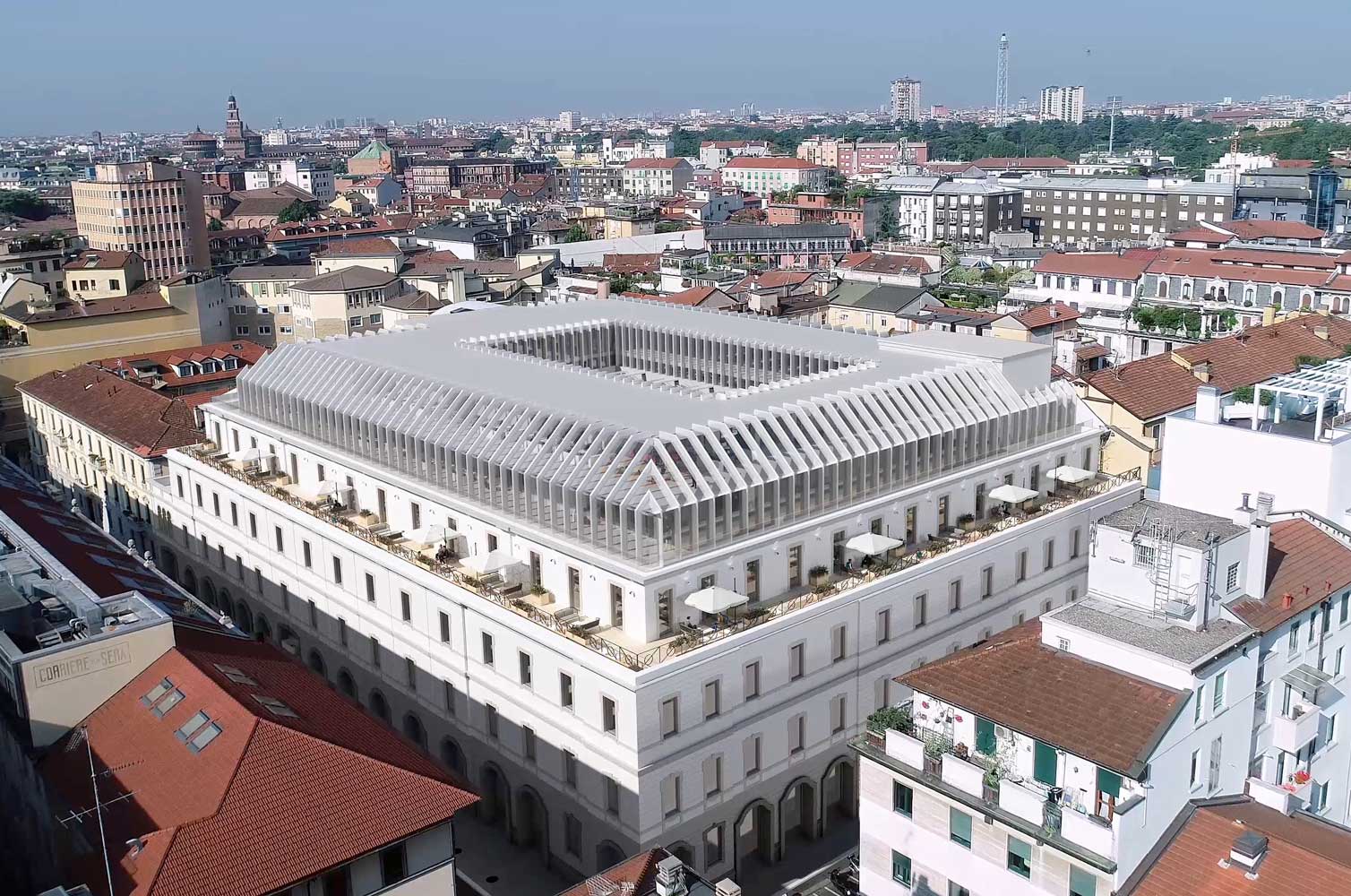 Generali Real Estate and Poste Vita acquired Cortile della Seta, a trophy asset based in Milan’s Brera area that has 19.000 square meters for offices, more than 2.000 square meters for shops, 1400 square meters of terraces on different floors (see here a previous post by BeBeez). Press items said that Maston Investment Management (fka Eurotekna a fund of Eddy Cosenza) and JP Morgan’s Sericon Investment, a vehicle that Savills Investment Management handles, sold Cortile della Seta for 350 million euros. The asset is fully located, has a LEED Gold energy certification and is a NZEB (Nearly Zero Energy Building) as more than 50% of its energy comes from renewable sources.

AbitareIn, a Milan listed real estate developer, sold to competitor Supernova for 72 million euros the development that is taking place in the former headquarter of food company Plasmon based in  via Cadolini (see here a previous post by BeBeez). Supernova will build a mixed use complex. AbitareIn retained Studio Advant NCTM as legal advisor while Supernova appointed Belvedere Inzaghi & Partners as counsel. Abitare In acquired the area in 2020 for 16.1 million and agreed for an earn out of up to 6 million. The closing will take place between 3Q23 and 4Q23 once the land reclamation is completed.

Prelios sgr, subscibed on behalf of Fondo immobiliare Aurora a green financing facility of 50 million euros from Intesa Sanpaolo  (See here a previous post by BeBeez). The borrowers will invest the proceeds in the development of Tupini Lake Building, based in viale Tupini 180, Rome. Prelios acquired the asset in 2019, as part of the acquisition of a real estate portfolio worth 200 million from the pension fund of Banca di Roma.

Kryalos sgr, a real estate investor that Paolo Bottelli founded and of which Blackstone owns a stake, acquired a Bergamo-based logistic asset of 21000 square meters through Thunder III  (see here a previous post by BeBeez). Kryalos has assets worth 11.2 billion. The asset is fully located. Thunder III, a vehicle of Blackstone, has an opportunistic risk/yield profile and its portfolio is worth 51 million euros.

Aedes SIIQ is close to delist from Milan market as on 30 September its main shareholder Sator Private Equity signed for the sale of its 51.166% to Milan-listed Domus, a real estate developer that belongs to Hines, Apollo Asset Management and VI-BA (see here a previous post by BeBeez). Domus also signed the acquisition of a 3.69% of Aedes SIIQ from Palladio Holding, 5% owner of the company since February 2021. By the end of 2022, Domus will own 54.86% and launch a public offer for the remaining shares. VI-BA committed to sell its 9.07% at 0.2922 euros per share. Domus will initially pay 44.975 million to Sator (41.952 million) and Palladio (3.02 milioni) for a premium of 18%, 5% and 14% on the average share price of Aedes SIIQ in the last three, six and twelve months. Lazard and Shearman & Sterling acted as financial and legal advisors to Hines and Domus. Allen & Overy assisted Apollo, VI-BA retained law firm Tombari D’Angelo e Associati – Studio Legale. Rothschild & Co. and Gianni Origoni acted as financial and legal advisor to Sator.

Majestic Investments, a vehicle that belongs to Boscalt Hospitality, a firm that Edmond de Rothschild Private Equity manages and that acquired Rome’s Hotel Majestic based in Via Veneto, issued a non-convertible bond of 48 million euros listed on Vienna market (see here a previous post by BeBeez). The company will invest part of the proceeds in financing the acquisition and in refurbishing the asset. The bond will mature on 17 June 2027 and pays a coupon linked to the 3M Euribor. Boscalt Hospitality and Majestic Investments retained EY as tax and legal advisor. White & Case acted as counsel for the subscribers.

Yext Appoints Evan Skorpen to its Board of Directors