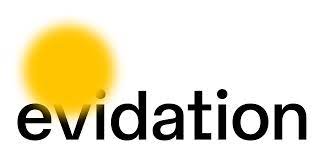 Nerio Alessandri, founder of Technogym, launched Wellness Ventures, a new venture capital investment veichle (see here a previous post by BeBeez). Emanuele Scorsonetto will be the ceo of Wellness Ventures. Mr. Alessandri in not new to investments in startups. Last March, through his other investment veichle Alfi, invested 200k euros to take over 5.6% of Doing 4, a club deal which owns a stake in the Israeli medical-deeptech scaleup Memic Innovative Surgery. The club deal also includes Gemma, Lomafin Sicuritalia, Excalibur and Gierre. Mr. Alessandri in February 2020 had also invested in Datrix, leader in Italy in the development of Augmented Analytics technologies and software solutions based on Artificial Intelligence for marketing and sales, publishing and finance purposes while in October 2020 the Wellness Holding, which is also headed by Alessandri and of which Scorsonetto himself is the financial director, joined the 6 million capital increase of Boom Imagestudio, an Italian scaleup photech that proposes itself as “the Amazon of commercial photos”.

Augmenta, a Paris based startup that provides smart systems for tractors, raised 8 million Dollars from Agxtend, the accelerator of Italy’s CNH Industrial (part of Stellantis), Pymwymic (Put Your Money Where Your Meaning Is Community), HCVC, and Marathon Venture Capital (See here a previous post by BeBeez). Cnh Industrial will act as strategic partner for Augmenta and support its R&D unit. Dimitri Evangelopoulos and George Varvarelis founded Augmenta in 2016.

Ego Venture (formerly Green Venture), the corporate venture capital of Gruppo Ego, raised to 58% its 40% stake in Rulex, a provider of Artificial Intelligence services for decision making founded by Marco Muselli (ceo) (see here a previous post by BeBeez). Since January 2021, Rulex joined TechShare a programme that stock market Euronext launched for facilitating the listing of tech companies. Rulex has sales of 2.4 million Dollars with an ebitda of 0.379 million. Rulex will invest the proceeds that EV poured in its organic development.

L’Orto di Jack (OJ), a digital and omnichannel distributor of fruit and vegetables that is fundraising through an equity crowdfunding campaign on Mamacrowd, attracted the resources of Paolo De Nadai, Paolo Giacalone and of an undisclosed banker working for a Swiss firm (see here a previous post by BeBeez). Mattia Riva, Vanni Bombonato, Mattia Beda, Luciano Serra, TopLog, and Andrea Catanese also invested in OJ, a company that Giuseppe Carciati and Giacomo Messina (53% owners) founded at the end of 2017. OJ already raised 0.394 million euros ahead of a target of up to 0.5 million (10% of the business), on the ground of a pre-money value of 4.5 million.

Usophy, an online retailer of academic textbooks, aims to raise one million euros in a new round that LIFTT will subscribe together with other investors (see here a previous post by BeBeez). In 2020, LIFTT, a venture capital for social impact investing, poured resources in Usophy that Loris Gay and Cristian Pintea founded in 2019. I3P, the incubator of Turin Polytechnic University, supported the company.

Italian lending crowdfunding platform Profit Farm is going to launch a capital increase, chairman Cristiano Augusto Tofani said to BeBeez and CrowdfundingBuzz (see here a previous post by BeBeez). Risolve RE Npl, Tofani, Valentina Barbadoro,Roberto Macina, Mario Costanzo,Francesco Sibilla, and Giovanni Alessi have 94% of Profit Farm, while financial partners own the remaining 6%. After the capital increase, the minority owners will raise their stake to 15%.

SardexPay (fka Sardex), the marketplace for credits exchange, launched an equity crowdfunding campaign on BackToWork for raising 0.6 – 2.5 million euros on the ground of a pre-money value of 17.5 million (2.4 million out of the earlier conversion of a bond) (see here a previous post by BeBeez). SardexPay already raised 0.337 million. Carlo Mancosu, GabrieleLittera, Giuseppe Littera, and Franco Contu founded the company in 2010. In 2011, Piero Sanna joined the company. SardexPay will invest such proceeds in its proprietary technology (49%), marketing (36%) and new hires (15%).

On Electric Charge Mobility (OECM), a startup for eco mobility, raised 322k euros through an equity crowdfunding campaign on WeAreStarting for which set a 200k euros target on the ground of a pre-money value of 0.7 million (see here a previous post by BeBeez). Antonio Carraro, an historic Venetian company, founded in 1910 and world leader in the production of compact tractors for specialized agriculture and the civil sector, poured about 200k euros in the campaign. Alessandro Di Meo (managing director), Riccardo La Longa (ceo) and Lapo Gualtieri (chairman) are the founders OECM.

Milan-listed Credem launched a corporate venture capital that will handle through its subsidiary Credemtel, a provider of corporate digital services (see here a previous post by BeBeez). The fund will invest in startups or fintech and will act as accelerator for open banking projects or supply chain cybersecurity. Milan-listed innovation platform Gellify will support the fund for investment appraisal.

Cdp launched Zero, an accelerator for cleantech startups with resources of 4.6 million euros (see here a previous post by BeBeez). Zero will receive further 1.8 million for follow-on post-acceleration deals. LVenture Group and Elis will manage the vehicle and invest in it, while energy&oil group ENI is a major partner of the project.