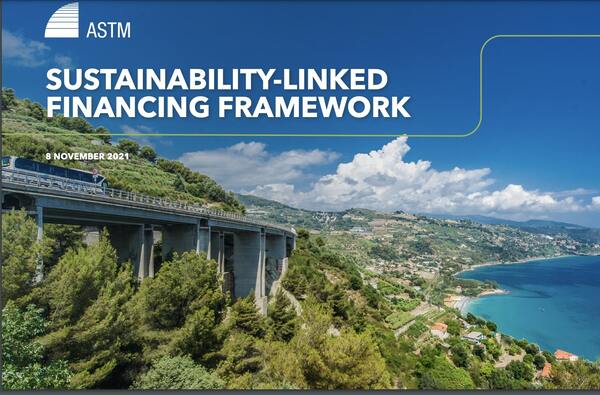 Alba 12 Spv concluded the placement of the abs of the securitization for in bonis corporate leasing credits worth 1.1 billion euros that Alba Leasing (whose controlling shareholder is Banco Bpm) issued in the last 24 months  (si veda qui il comunicato stampa) (see here a previous post by BeBeez). Alba 12 spv issued two senior tranches, a subordinated and a junior. The senior tranches are of 474.7 million and of 225.2 million and received rating of Aa3 (Moody’s) and AAA (DBRS). The class B Abs notes amount to 238.4 million (Ba1 from Moody’s and BBB from DBRS). The junior tranche is of 175.1 million and is unrated. The coupon of 95% of the above par issued Class A1 securities is of Euribor 3m + 70 basis points and the spv placed them on the market through a public offering that attracted orders for almost 900 million euros. The final yield of such notes is of Euribor 3m + 36 bps. Alba Leasing subscribed the mezzanine and the A2 tranches, but the European Investment Bank (EIB) and the European Investment Fund (EIF) acquired them on the secondary market for a total of 440 million. Sources said to BeBeez that the A2 tranche A2 yields slightly more than the tranche A1.

Banca Sella, Cassa Depositi e Prestiti(CDP) and Mediocredito Centrale (MCC) launched a basket bond programme for SMEs and set a target of issuances of 100 million euros in three years (see here a previous post by BeBeez). The banks announced that Star7 issued a Milan-listed bonds of 20 million with a 7-years tenure and a 4.75% coupon. Star 7 will invest the raised proceeds in the acquisition of Irish LocalEyes. The company also issued a 5 million bond due to mature in 2028 and with a 4.75% coupon. The banks will carry on a securitization of the bonds and SBB spv will acquire them and issue asset backed notes that CDP (40%), MCC (40%) and Banca Sella (20%) will purchase. Ciemme Alimentari issued another minibond of 4.5 million with a 7-year maturity as part of the basket programme. The company will invest such proceeds in financing its organic development.

Generale Costruzioni Ferroviarie, a transport infrastructure company, received from BNL BNP Paribas a financing facility of 15 million euros for which SACE provided a warranty (See here a previous post by BeBeez). GCF will invest such proceeds in its organic business.

MBE Worldwide, an Italian logistic firm that owns the brand MailBoxes Etc., received a 19 million euros financing facility from Unicredit (see here a previous post by BeBeez). The loan has the Risk Sharing warranty of the European Investment Bank for 75% of the amount. MBE belongs to Graziano Fiorelli and Oaktree Capital Management (40%) since January 2020 and will invest such proceeds in its working capital and investments. MBE Worldwide has sales of 879 million.

Intesa Sanpaolo provided 2 Bio, a holding of Green Arrow Capital, with a project finance green loan of 31.5 million euros (see here a previous post by BeBeez). The company will invest such proceeds in refinancing the Bio Verola renewable energy plant of which Lazzari&Lucchini owns a 49%.

Werther International, an Italian producer of tools for workshops, tyre shops and body shops, issued a minibond of 7 million euros that Riello Investimenti Partners subscribed (see here a previous post by BeBeez). Sources said to BeBeez that the issuance has an amortizing structure and biannual reimboursments starting from 31 December 2023 while the yield amounts to Euribor 3 M + 6.85%. Werther International has sales of 71 million and an adjusted ebitda margin of 13%. The company belongs to Stargate Capital since 2018 and will invest the proceeds in its organic growth and acquisitions

Bologna Court refused the appeal of SECI, the holding through which the Maccaferri family owns Maccaferri, against a previous bankruptcy sentence (see here a previous post by BeBeez). SECI’s debt is of 750 million euros.

Milan Court decided to confiscate assets of Onorato Armatori (the holding that controls Moby and CIN (fka Tirrenia) and belongs to Vincenzo Onorato) for a total of 20 million euros (see here a previous post by BeBeez). The insolvency administrators of Tirrenia asked the Court to confiscate assets for 180 million.

Milan Court accepted the restructuring proposal of Metalsigma Tunesi, a producer of aluminium components (see here a previous post by BeBeez). Unicredit, Intesa Sanpaolo, Banco BPM, Mps, Banco Desio e Brianza, Prelios Credit Servicing, and Amco subscribed to this agreement that included the rescheduling of maturities worth 20 million euros and the sale of some assets to Marine Interiors, part of Fincantieri.